5 takeaways from King of Boys: The Return of the King

By Worldupdated (self media writer) | 3 months ago 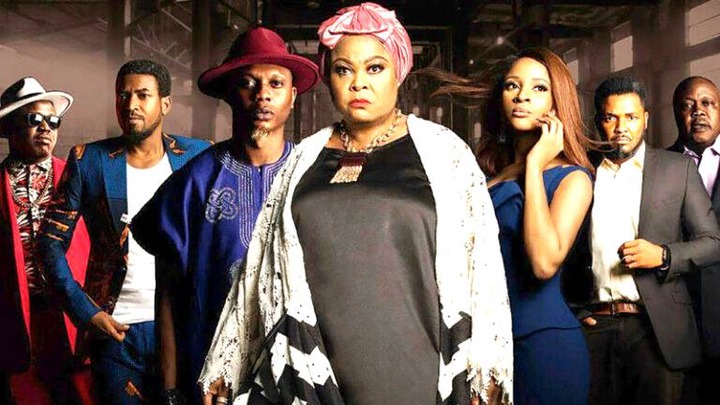 More than two weeks have passed since the release of the second sequel of the King of Boys franchise, directed by Kemi Adetiba and starring Sola Sobowale as the lead character.

The mini-series, which was the first of its kind from Nigeria to air on Netflix, rocketed to the top of the streaming platform's rankings and is still gaining a lot of traction, keeping fans of the film very excited.

Here are five key takeaways from the movie:

If the first installment of King of Boys was a hit, the second installment was even better. Bringing it to Netflix implied that it would be of a certain caliber in terms of visuals, soundtrack, effects, plot, and casting. Kemi Adetiba clearly stepped up her production and directing game here, with the seven episodes of the series being of exceptional quality, the likes of which have never been seen before in Nollywood and which will appeal to an international audience.

Adetiba has raised the bar in Nollywood productions in the same way that Steven Spielberg raised the bar in Hollywood from the 1970s to the 1990s with films like Jaws, Extra-Terrestrial, and Jurassic Park, which have become the gold standard for computer-generated imagery (CGI) and other graphics. Adetiba has invested in better visuals for her own productions, and anything less in any Nollywood film now would be considered inferior. As a result, other producers will be forced to up their game as well.

2. Sola Sobowale has shot herself to even bigger stardom.

The Nollywood veteran's performance in the first KOB installment was outstanding, and she outdid herself in the sequel. Nobody could have done a better job as Eniola Salami. She was the ideal fit, as evidenced by the outpouring of praise she's received on social media. She's gotten a lot more love and a lot more fans.

Sobowale's acting was so good that her fans predicted she'd win an Oscar. She deserves every award she can get because she's now a bigger star than she's ever been in her career.

KOB2's intense visuals once again captured the dark side of Nigerian politics. Politicians are preoccupied with power games that include blackmail, envy, ego, murder, voodoo, and much more, rather than serving the people who elected them into office. In fact, many of the recent events in the country, such as kidnappings, security challenges, and the assassination of prominent figures, paint a picture of events with a political undertone rather than occurring in isolation.

These things are difficult to prove because the search for the truth, as journalist Dapo Banjo (Efa Iwara) attempted in the film, will be crushed before it sees the light of day. This is a far cry from what press freedom should be like.

This is not the path the country should take. Millions of people will continue to be harmed as a result of such attitudes, and the King of Boys franchise's exposure serves as a reminder of why citizens must continue to raise their voices to demand what is right and just from the government, no matter how long it takes.

The high-quality production of King of Boys 2 shows that Nollywood is far from dead, and that it still has a lot of potential. Quality of production in the past did not make Nollywood attractive for investment or collaboration, but now that Netflix is interested in Nigerian productions, the stage is set for the Nigerian film industry to be seen in a more positive light globally than it has ever been.

Nollywood is unquestionably the way of the future.

Even though King of Boys has received a lot of positive feedback, there are a few people who aren't so enthusiastic and wonder what all the fuss is about. It's not difficult to see why. It's Nollywood, after all. They've been let down in the past by bad productions and too many cliché plots, and they don't seem to trust the industry anymore.

These annoyances are real. Even this writer was hesitant to watch the first King of Boys because of the same sentiment, but after seeing it, his opinion changed.

You'll be amazed by the beauty of the KOB production if you keep an open mind and a little curiosity.

Those who want to watch but don't have the time should make the time, because they're missing out on a lot of fun.

King of Boys: The Return of the King, is the real deal.

Kunle is a passionate writer who enjoys writing about sports, politics, and health. He has a Bachelor's and Master's degree in International Relations and is a supporter of people with Hydrocephalus and other neurological disorders.