End Game: What Chris Hemsworth was Paid for being Fat to Play Thor

By Divinemayor (self media writer) | 2 years ago 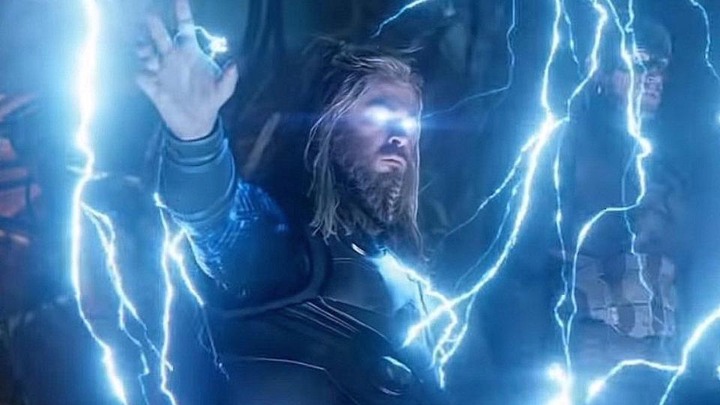 We all are familiar with the popular Marvel Movie series “The Avengers”, and if you were to ask a group of ten people who their favourite avenger was, at least two to three of them are very likely to pick the Almighty Hammer welding god of Thunder, Thor.

The Marvel character 'Thor' was played by Chris Hemsworth who in 2010 signed a deal with marvel to star on only Five avengers movie which 'End game' marked the end of, thought there are speculations that he might be featured in other marvel movies in the near future all we can really do is wait and see.

Apart from End game marking the end of his contract with marvel studios, there are also some other things in End game concerning Thor that brought up fan curiosity, such as captain American lifting Thor's hammer and the unimaginable, the god of Thunder Lifting him self become fat.

Unlike speculations going viral on the internet, Chris Hemsworth did not really become fat in real life, he actually wore silicone skin that made him appear fat, with some other makeovers in his legs and cheeks, but still according to an interview with Chris he said that this silicone weight about 70 - 90 pounds (ca. 41 kg), which is actually a bit too much to put on someone's body throughout a 3-hour-long movie.

So question is what was he paid for bearing that amount of weight in his body throughout End game, the answer to this is according to a marvel payment scheme for the avengers. For avengers who jump started the movie series such as Robert Downey Jr (Iron Man) and Scarlett Johansson (Black Widow) each were paid 20 million dollars while other star avengers were paid 15 million each, except for other low star avengers such as Rudd (ant Man) who were paid 8 million each.

Content created and supplied by: Divinemayor (via Opera News )