Baba Ijesha: Your Statement Is Shameful, Princess Fires Back At Iya Rainbow Over Her Statement

By TrendingGist10 (self media writer) | 10 months ago 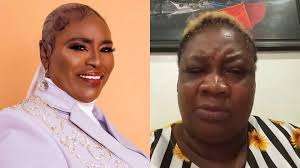 In the same interview, Iya Rainbow revealed that she pleaded with the comedienne for four days to stop going to court and let the Baba Ijesha defilement case die down

“Before the matter was settled, I begged the princess to postpone the case for four days. I pleaded with her not to let the situation escalate, but she refused. Now see how Omiyinka Olanrewaju, also known as Baba Ijesha, fared during his bail hearing. 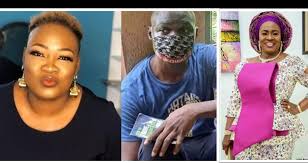 Baba Ijesha was nabbed in April, according to several reports, after he was recorded on CCTV reportedly sexually assaulting comedian Princess Damilola's foster daughter.

He was given N2 million bail after appearing before an Ikeja Special Offences Court on Thursday, June 24th.

Princess, not one to allow such an assault go unnoticed, has called out Iya Rainbow in an emotional 15-minute Instagram video, in which she expresses her outrage at the actress' actions and statement.

Iya Rainbow, the comedienne explained, would understand because she is a mother, but it was clear that she had been ‘pretending' all along.

Content created and supplied by: TrendingGist10 (via Opera News )