Popular Nigerian Disk Jockey, Florence Ifeoluwa Otedola famously known as DJ Cuppy have finally withdrawn her court case against Isreal DMW. She disclosed this to the public via her Instagram story on Friday, March 19th, 2021. Recall that in February, Isreal DMW claims that DJ Cuppy didn't pay Zlatan anything for his contribution to her song, "Gelato" and his performance at her foundation launching. Isreal DMW's claim came shortly after Zlatan denied knowing DJ Cuppy in an interview.

DJ Cuppy then decided to take legal actions by suing Isreal DMW on the grounds of defamation of character. However, Isreal DMW was giving an option which was to publicly apologize to Cuppy for his false accusation.

About a week later, Isreal DMW decided to apologise publicly to DJ Cuppy.

And finally, DJ Cuppy have withdrawn her court case against Isreal DMW.

Below is a screenshot of what DJ Cuppy said as she withdraws court case against Isreal DMW. 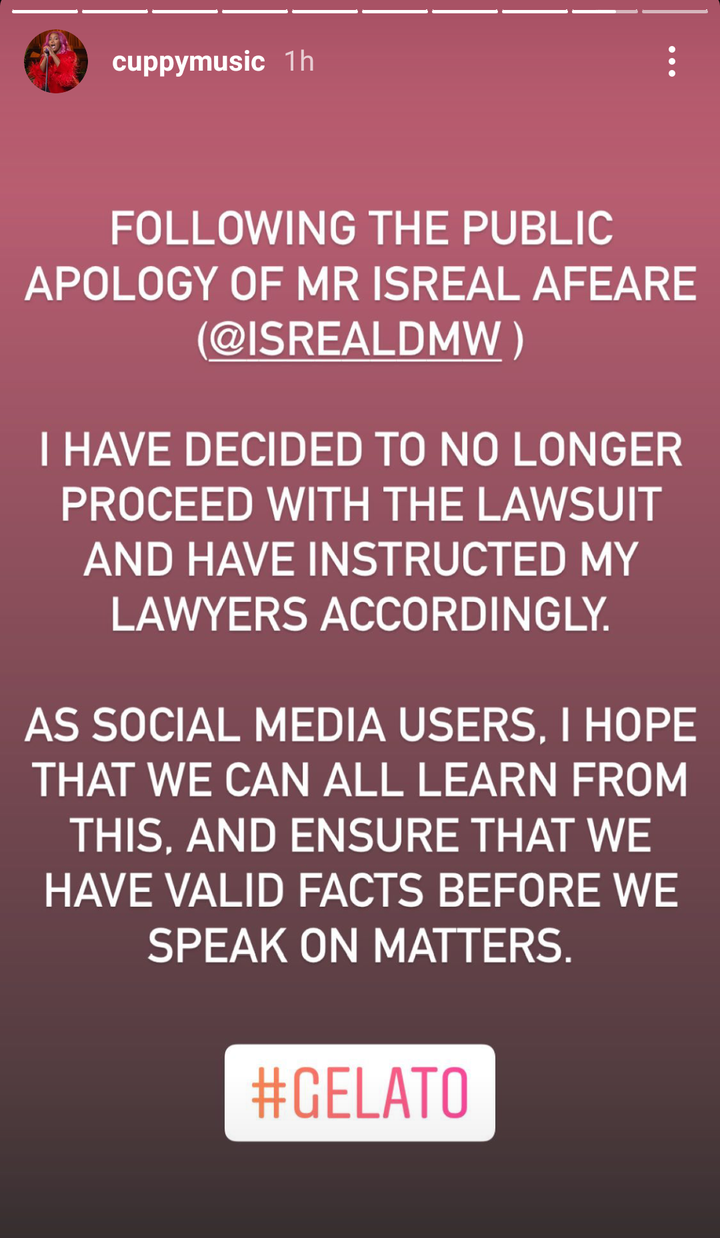