Red Table Talk: points to note from Will and Jada Smith's honest conversation

By GeeneCharles (self media writer) | 2 years ago 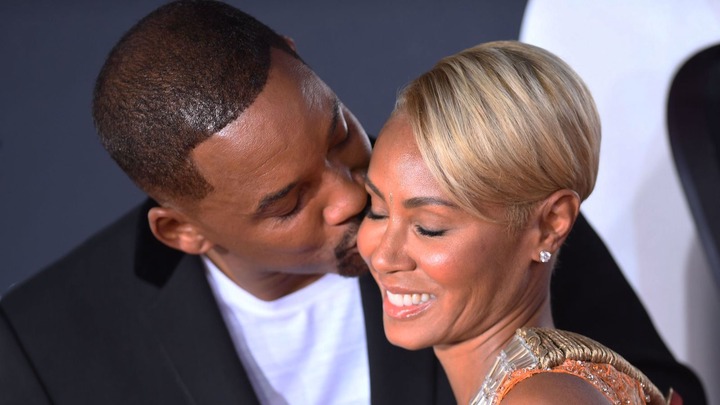 It will be recalled that on July 10th, a video of Jada's facebook live show, Red Table Talk went viral on social media as the couple tried to address headlines surrounding their marriage.

The couple deemed it necessary so as to 'clear the misunderstandings' in the public space after singer August Alsina claimed he dated Jada Smith with her husband's permission.

But since that episode of the Red Table Talk, instead of clearing the air, it seems as though the matter has become even more complicated as reactions from various social media platforms have shown that key messages the couple wanted to put out have been ignored.

On this note, let's have a look at the major points from the Red Table Talk of Jada and Will Smith.

This is their marriage!

First of all, i would like for us to understand that this is their marriage. They alone can decide what happens in their marriage. It is not up to you and i to decide for them, we also do not have a right to poke fun at their marriage which is obviously at a critical defining phase. What's more is that every marriage goes through turbulent times, this was theirs.

They were not in an open marriage

The most important point to note from the talk, which i think is the reason for the couple having that talk is the fact that they are not in an open marriage. Speaking to her husband, Jada had stated that the relationship with August happened during a period of separation.

Jada did not cheat on Will

The above statement of Mr. Smith clearly shows that Jada did not cheat on Will. Infact, while Jada and August were dating, Will was also seeing someone who he didn't mention. The point here is that they were both seeing someone else; there is no foul play, they both agreed to do so.

They both found the answer to their question

The couple revealed that the whole experience had opened their eyes to the fact that they could not love anyone else. "i think that one of the things that i am deeply grateful between you and i is that we have really gotten to that new place of unconditional love", Jada Smith had explained.

Will responded by saying: "cos i wasn't sure i was ever gonna speak to you again. like, the fact that i am speaking to you again is a miracle"

They found the whole scenario funny

I am sure that the question on your lips is "why are they laughing about this?". Even though they were obviously hurt that there were hurtful rumours about their union in the public sphere, these two strong individuals still found the whole scenario. They were able to rise above their emotions and still laugh, as obviously their marriage had reached a new height of love.

It would appear that the Smiths have won a victory, rather than making a mess of themselves.

I wish the couple more love.

what lessons have you learnt from the talk?

Content created and supplied by: GeeneCharles (via Opera News )