By Julian. (self media writer) | 2 years ago 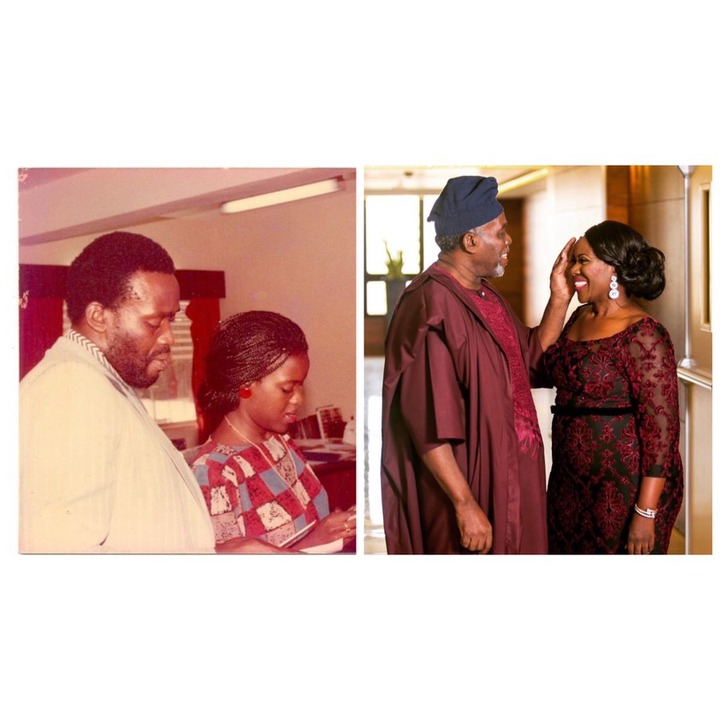 Meet one of the best Nollywood couple, Olu Jacobs and Joke Silva.

Wait a minute, did you know these two were married or you're just getting to know of recent.

don't feel bad it's the same case for many of us too.

Many untill date, don't know these two are married or a couple without bee told.

The myth in out industry today is majority of Nollywood actresses and some actors don't stay in their marriages.

As we have new words and trends like divorce in out dictionaries, definitely an imitation from Hollywood, just like we adapt and live their culture, forfeiting ours. But throw back to old times, good old days, where the elderly ones set for us good examples, when everything was working, these two loves birds have kept their love fire burning since the 1980's to their late 50s and 70s .

Did you know Joke Silva was married to Olu Jacobs?

Or did you only think they were only a movie couple?

Do you also know that these two have kids together? Yes they do have (3) three kids namely: 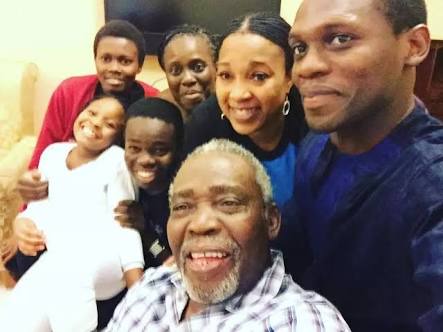 Oludotun Baiyewu Jacobs, known professionally as Olu Jacobs, is an internationally acclaimed Nigerian actor and film executive. He has starred in several movies.

Olu Jacobs has been hailed by many as one of the greatest and most widely respected African actors of his generation.

He trended on Twitter on the 11th of this month, as the world was celebrating his 78th birthday, which got me digging into his life and that of his spouse. 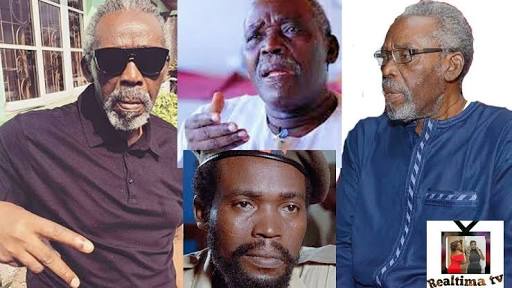 Joke Silva, MFR is a Nigerian actress, director, and businesswoman.

A graduate of the University of Lagos and the Webber Douglas Academy of Dramatic Art in London, she began her career in film in the early 1990s. Very brilliant and humble woman. 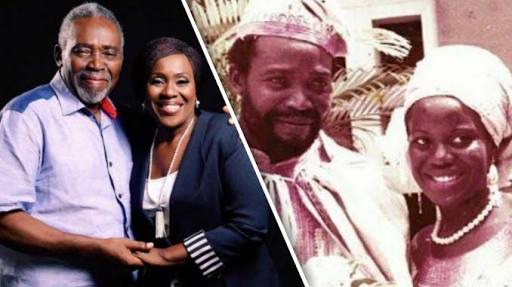 Silva is married to actor Olu Jacobs. The couple together founded and run the Lufodo Group, a media corporation that consists of film production, distribution assets and the Lufodo Academy of Performing Arts.

So now you know these power couple are married and have stayed married for a long time, and are growing old in love and marriage.

This is an example to follow suit rather than be in the school of thought that out celebrities are cursed, especially the younger generation who are either divorced or never getting married.

Below I will highlight obvious reasons as to how their marriage got past the taste of time.

1.Their personal lives have remained a privacy. Never give the public sensitive information, about your private life, family especially. You will hardly know these two are a couple let alone know they have kids.

2. Respect: Obviously so much respect exist in this relationship and marriage. Note, Olu Jacobs is 20 years older than Joke Silva. He's 78 she's 58.

3. They are a Prayerful couple, I got to know this after listening to one one their interviews, Joke confessed to prayer being their master key.

Meanwhile out celebrities today just want to be famous and go naked Infront of everybody.

4. They always look like best friends, they obviously have a good friendship and relationship before the word marriage comes in, even to their old age, always laughing and looking happy at events.

5. Family time, they don't distract family time with work time. Also from an interview I got this information.

We can learn from this power couple.

What do you think are the reasons the younger generation of Nollywood actresses don't get married or stay in their marriages?

Content created and supplied by: Julian. (via Opera News )