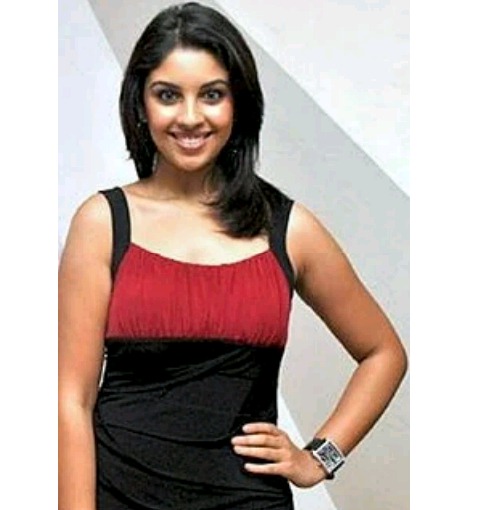 Richa Langella (born Antara Gangopadhyay )[2] , is a former Indian actress and model who predominantly appeared in Telugu, Tamil and Bengali films. She completed an MBA degree from Washington University in St. Louis in May 2017.

After appearing in commercials, Richa made her film debut with the Telugu political drama film Leader (2010) and later worked on several commercially successful Telugu films such as

Sarocharu (2012) and Mirchi (2013). She also played the lead in two Tamil films, including the Dabangg remake, Osthe (2012) and the critically acclaimed film

Mayakkam Enna (2012), directed by Selvaraghavan, for which she received numerous "Best Actress" awards. She also appeared in the Bengali film

In October 2013, she announced that she would leave the film industry and move back to the United States to pursue her MBA and focus on her long-term career ambitions. [4] In a short span of four years, she starred along with prominent Telugu, Tamil and Bengali actors such as Rana , 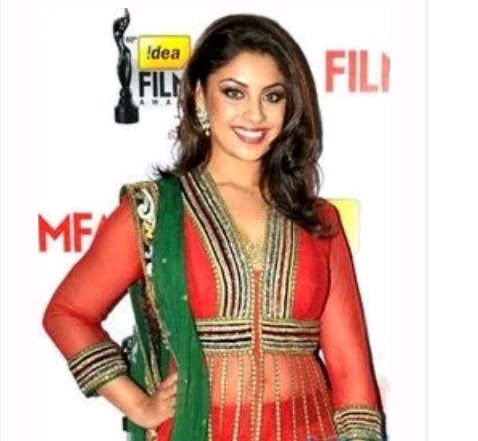 Richa Langella was born as Antara Gangopadhyay in New Delhi and moved to the United States at the age of three. [5] Her father works as the Vice President of Netshape Technologies, while her mother works as the Deputy Director of the prestigious Institute of Museums and Library Services, after having been nominated by President Obama to serve as a member of the IMLS Board. Her parents settled in the U.S. in 1989 after spending her first year in Coimbatore, Tamil Nadu, with Richa being brought up in Pennsylvania and Michigan . While attending Okemos High School , as a Junior, she was featured in the local media for founding a youth-tutoring program for at-risk children in Lansing, which she ran for four years. [6] She went on to major in Dietetics and Health Administration at

Michigan State University [7] but graduated with a Bachelor of Science in Communications with a minor in Theatre Arts. After completing her undergraduate, she continued on to completing her Masters in Business Administration. Richa is married to her business school classmate Joe Langella. 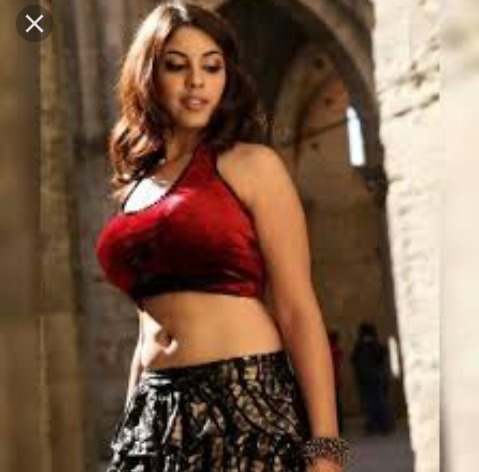 In August 2007, Richa won the Miss India Michigan pageant and in December of that year, was crowned

Miss India USA 2007 at the 26th annual Miss India USA pageant, held at Royal Albert's Palace in New Jersey .[9] Richa also secured the title of Miss Photogenic. She represented the U.S. in the 17th Annual Miss India Worldwide Pageant held in Johannesburg, and secured a place in the Top 10.

Richa left the U.S. in 2008 for Mumbai, India to embark on a career in films. She subsequently graduated with a diploma in acting from Anupam Kher 's acting school, Actor Prepares, and completed her portfolio, earning offers for work in fashion shows and for modeling. In early 2009, Richa featured in a commercial for Dabur Vatika Almond Hair Oil alongside Bollywood actress Preity Zinta , while also appearing in several print ads and TV commercials for Peter England People, Pepe Jeans, Malabar Gold and Kalaniketan.

Leader , produced by AVM Productions and directed by Sekhar Kammula. [12] She was recommended to an assistant director of Leader , who in turn recommended her to Sekhar Kammula. Gangopadhyay went to Hyderabad to audition for the film on her birthday. She was selected instantly and started shooting started 2 days later.[11] In the film, she played the role of Archana, a news reporter, daughter of a politician and love interest of the title character, played by debutant Rana Daggubati. The film opened in theatres worldwide to positive reviews and did well commercially, with Gangopadhyay's performance described as "pretty and charming" and "good in a performance oriented role" by critics. [13][14] After the success of the film, director P. Vasu signed her up to appear in

Chandramukhi. The film featured an ensemble cast of Venkatesh, Anushka Shetty, Shraddha Das and Poonam Kaur . The film opened to mixed reviews, with Gangopadhyay's portrayal of a girl psychologically possessed by the ghost of Nagavalli, leading to critics dubbing her as "impressive" and "convincing".

Her first release in 2011 was the action film Mirapakaay , starring opposite Ravi Teja for the first time. She was signed after the director of the film, Harish Shankar , who had noticed her at the success party of her previous film

Leader . He initially offered her the role played by Deeksha as she was an NRI , but when they met to review the script, he was convinced that Gangopadhyay would do justice to the character of Vinamra, a traditional Telugu Brahmin girl. [17] The film opened to good reviews with Gangopadhyay's performance being described as "good and just about hold her own in the dance sequences" by critics. [18] Gangopadhyay was next seen in two Tamil films; the first being Mayakkam Enna , a drama film featuring Dhanush and directed by Selvaraghavan , which earned her tremendous positive reviews and appreciation from all over. She then appeared alongside

Silambarasan in Dharani 's Osthe , the Tamil remake of the 2010 Hindi film

Dabangg , winning critical acclaim for her role as Neduvaali. In 2012, she made her debut in Bengali, her mother tongue, through the film Bikram Singha : The Lion Is Back , opposite the prolific Prosenjit Chatterjee , a remake of the Telugu film Vikramarkudu . [19] She also featured in the Telugu films

Sarocharu, [20] Mirchi and Bhai opposite actors Ravi Teja , Prabhas and

In October 2013, Richa announced that she would leave the Indian film industry and move back to the United States to pursue her MBA and focus on a long-term career in business management. 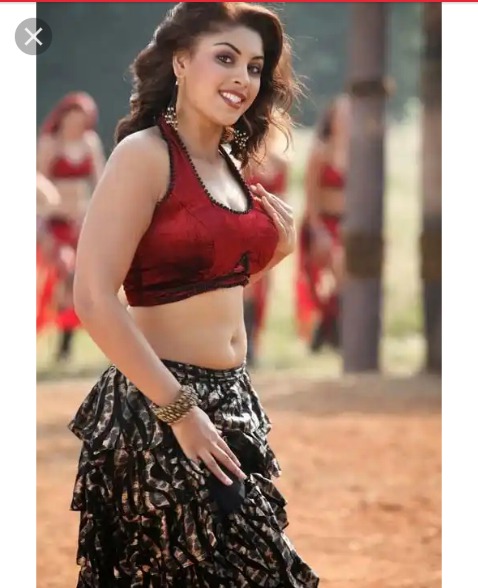 2012 Bikram Singha: The Lion Is Back Madhu Beng 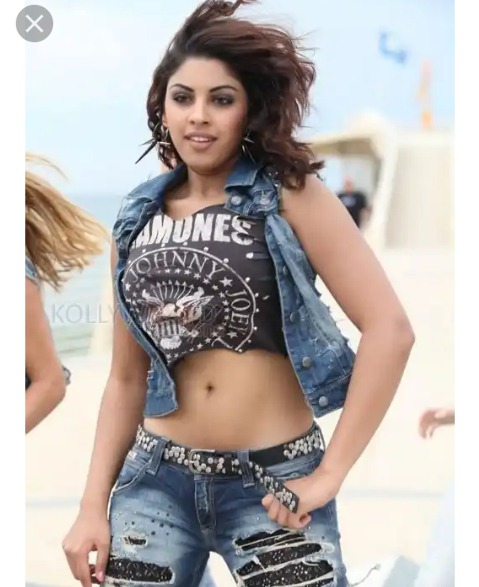 2011: Superhit Film Award for Most Talented Debutante of the Year 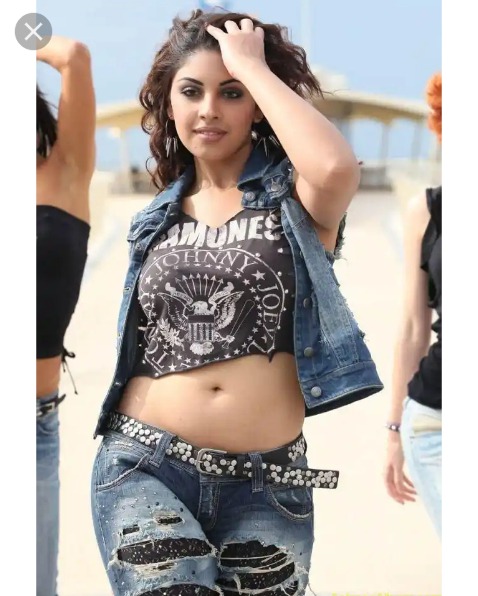