Laugh out loud with these funny jokes.

By UtyohMichael (self media writer) | 2 years ago 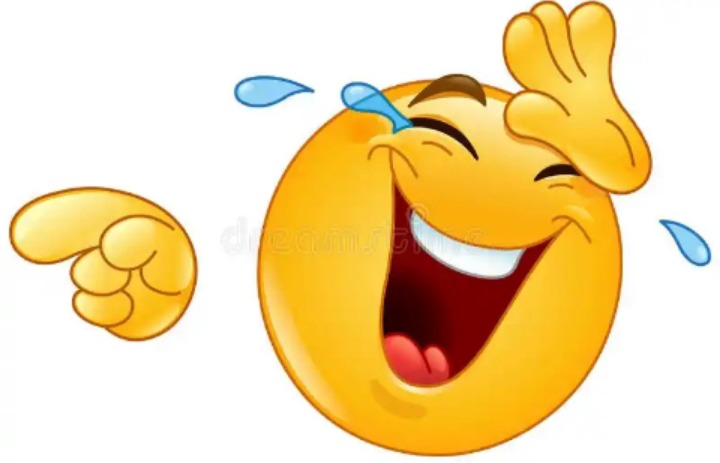 Every once in a while, we all need a little laugh. So enjoy these jokes.

1. Three friends were stranded in a desert. In the desert, they found a magic lamp, with a genie inside, who agreed to grant each of them one wish.

"I want to go home", says the first friend. The genie granted his wish.

"I want to go home too", says the second friend. And the genie sends him home.

"I lonely", says the third friend. "I wish my friends were back here with me".

2. A guy asks a lawyer about his fees.

"I charge $50 for three questions", the lawyer says.

"Yes, I suppose so", the lawyer replies. "Now what's your final question?"

3. A guy is seating at home when he hears a knock on the door. He opens the door and sees a snail on the porch. Picking it up, he throws it as far as he can.

A year later, there's a knock at the door. He opens it and sees the same snail. The snail asks, "What was that all about?"

4. A cruise ship passes by a remote island, and all the passengers see a bearded man running and waving his hands wildly.

"Captain", one of the passengers asks, "who is that man over there?"

"I have no idea", the captain says, "but he goes nuts every year when we pass him".

5. John visited his 90-year-old grandpa in the country side. On the first morning of the visit, John's grandpa prepared a breakfast of bacon and eggs. John noticed a film- like substance on his plate, and asked his grandpa, "Are these plates clean?"

"They're as clean as cold water can get them. Just go ahead and eat your breakfast".

For lunch, grandpa made hamburgers. Again, John was concerned about the plates, as his appeared to have dried eggs on it. "Are you sure these plates are clean?"

"I told you, those plates are as clean as cold water can get them", grandpa replied.

Later, as John was leaving, his grandpa's dog started growing and would not like him pass.

John said, "Grandpa, your dog won't let me pass by!"

Grandpa yelled to the dog, "Cold Water, go lie down!"

6. Four men are at the hospital because their wives are having babies. A nurse goes to the first man and says,

"Congratulations. You're a father of twins".

"That's odd", answers the man. "I work for the Minnesota Twins!"

A nurse says to the second man, "Congratulations. You're a father of triplets".

A nurse tells the third man, "Congratulations. You're a father of quadruplets".

"That's strange", he answers. "I work for the Four Seasons Hotel".

The last man is groaning and banging his head against the wall. "What's wrong", the others ask him. He replies, "I work for 7 Up!"

That's all I've got for today. Please follow me on Opera News and comment in the comments section.

Content created and supplied by: UtyohMichael (via Opera News )