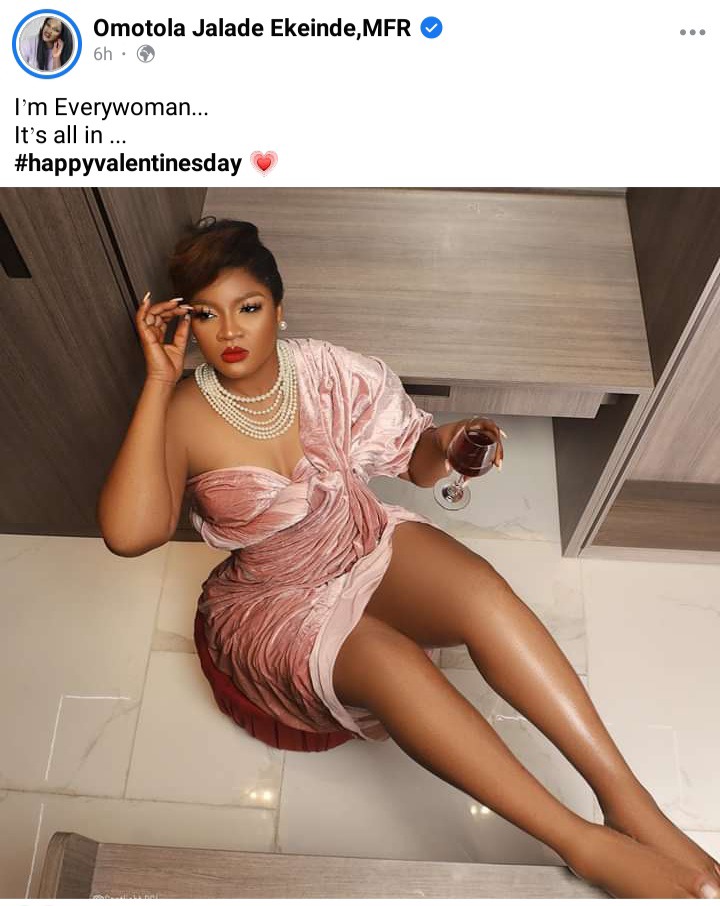 Popular Nollywood actress, Omotola Jalade Ekeinde shared a pictures on her social media page to celebrates today just like many others. She complimented herself and truth be told, she was looking radiant and glowing in the picture shared.

However, the way she posed in the pictures coupled with the cloth she wore has caused reactions from people who have taken to the comment button to condemn her. They condemned particularly for opening her legs and exposing her thighs in the picture. 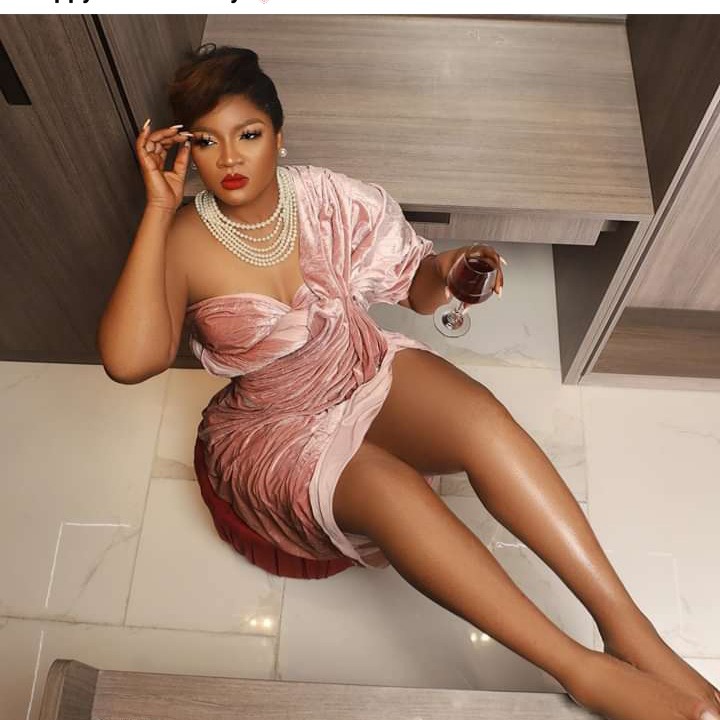 Many of these people berated the beautiful actress for not being a good role model to people with the dress, being a mother and wife she was advised to stop doing that. They told her she is beautiful already and she did not have to show her body like she did in the picture for people to see that as her beauty is from inside her. 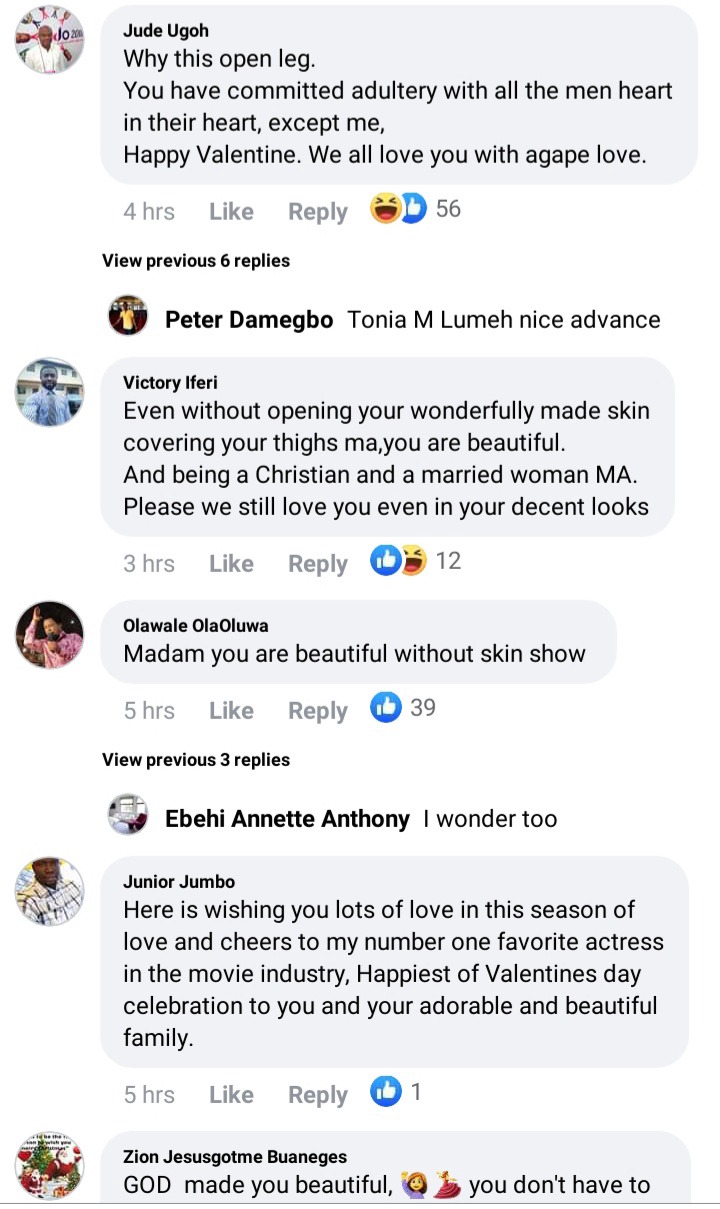 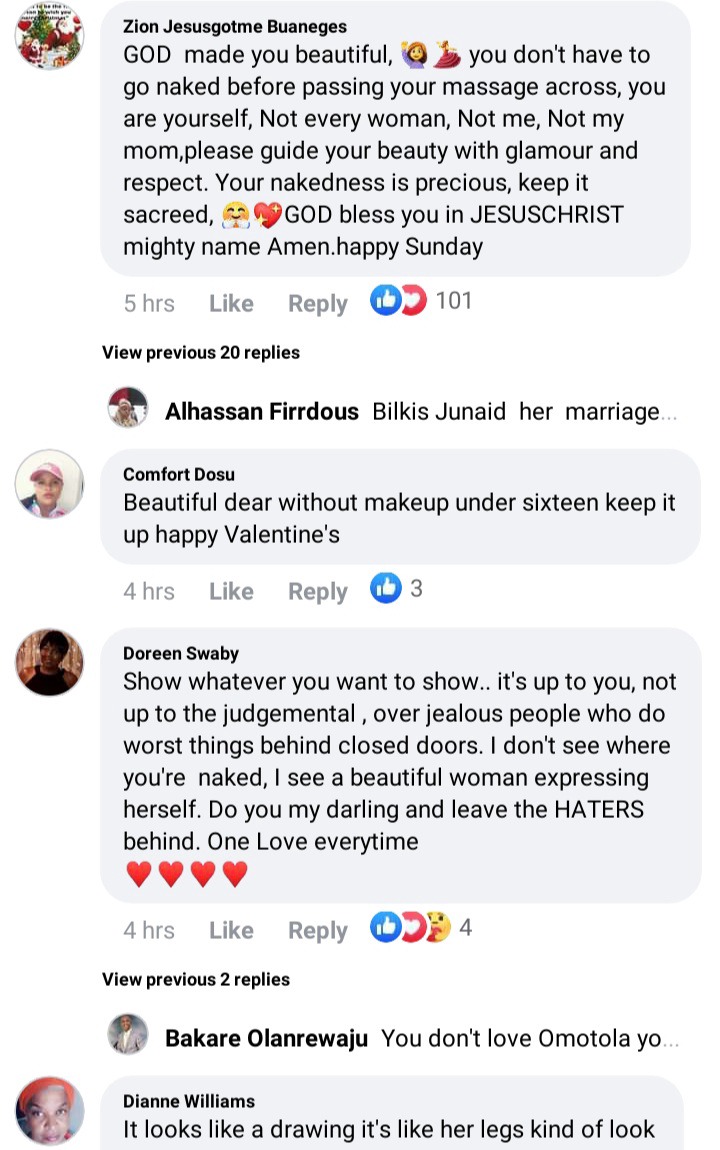 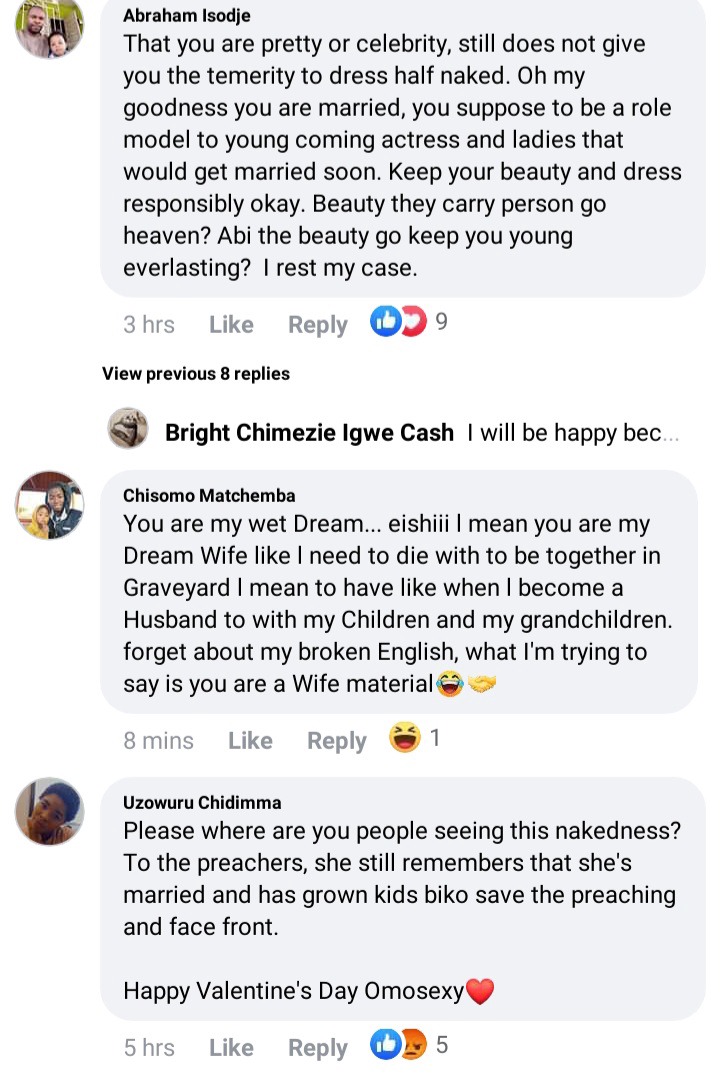 Jalade Ekeinde also known as Omosexy is one of the top actresses in Nollywood and she has been in the industry since 1995. She is a mother of four and married to a Pilot, Captain Ekeinde. 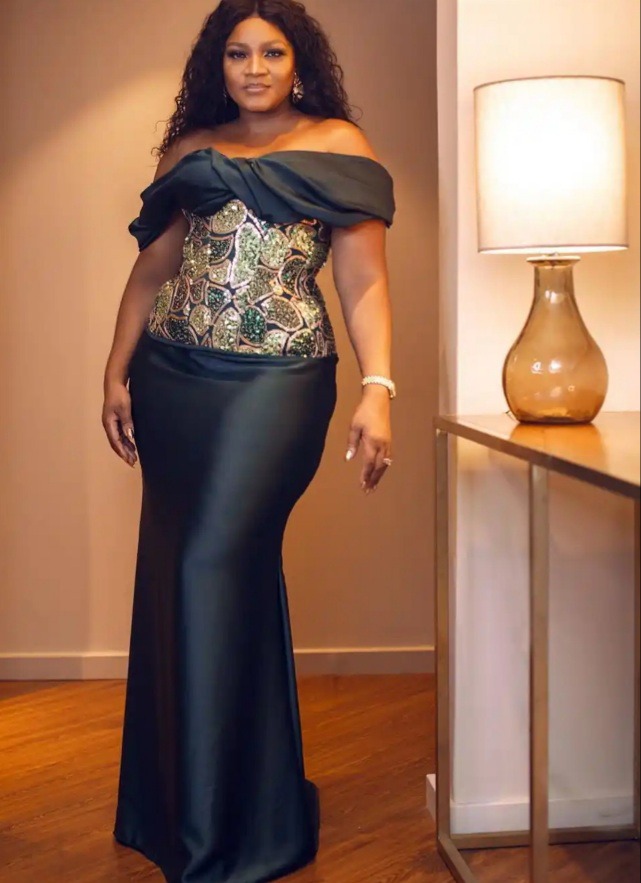 The 43 year old actress is also a singer and has some songs to her name one of which is "Naija Lowa". She has also starred in many movies, more than 300 since she started acting. 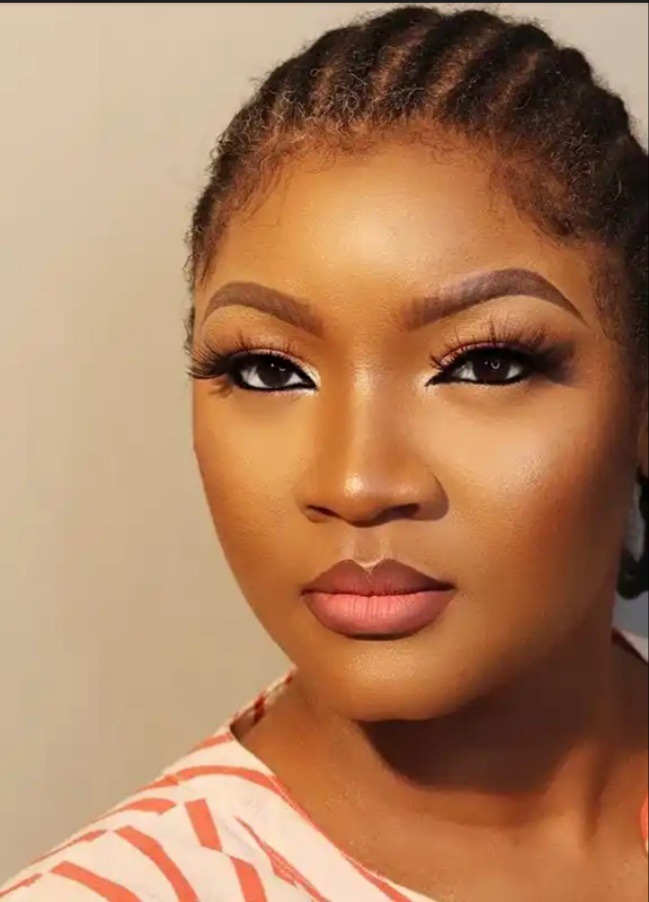 Do you se anything wrong with the picture shared by the pretty actress?