See Eminem's Real name and why he chose Eminem as his stage name.

By ChuchuUpdates (self media writer) | 2 years ago

Eminem by name Marshall Bruce Mathers 111. He is an American rapper, record producer, and actor who was known as one of the most controversial and best selling artist of the early 21st century. He has been influential for many artists of various genres and is cited as one of the greatest rappers of all time. Net worth of $230 million. He has won many awards such as American Music award, Brit, Grammy, MTV Europe,MTV VMA, Academy awards, people's choice e.t.c.

Why he chose Eminem as his stage name. 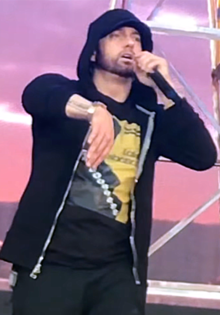 Despite being a poor student, Eminem always had a deep affinity for language and even studying the dictionary. Eminem stating himself that he was abundantly good at vocabulary. He identified with the nihilistic rage of late 1980's and Early 1990's rap music and he was especially taken with N.W.A, the popular and highly controversial gangster rap crew from Los Angeles.

Although at the time rap music was almost exclusively produced by black people, Eminem, who has "pale white skin", nevertheless entered into the Detroit rap scene as a frequent competitor in rap battles competitions in which two rapper take turn insulting the other through improvised rap lyrics.

Eminem proved highly skilled at such verbal sparring and despite his race, quickly became one of the most respected figures in Detroit's underground rap scene.

He started getting some respect and assumed the stage name M&M (Marshall Mathers).

Eminem is actually an acronym with two Clever yet separate meaning.

The first Acronym definition of EMINEM :- M&M meaning Marshall Mathers. The M&M can be seen in Eminem as in eMineM.

The second definition seems to stun everyone, the second Acronym definition of EMINEM is Every Mother is Nice Except Mine. 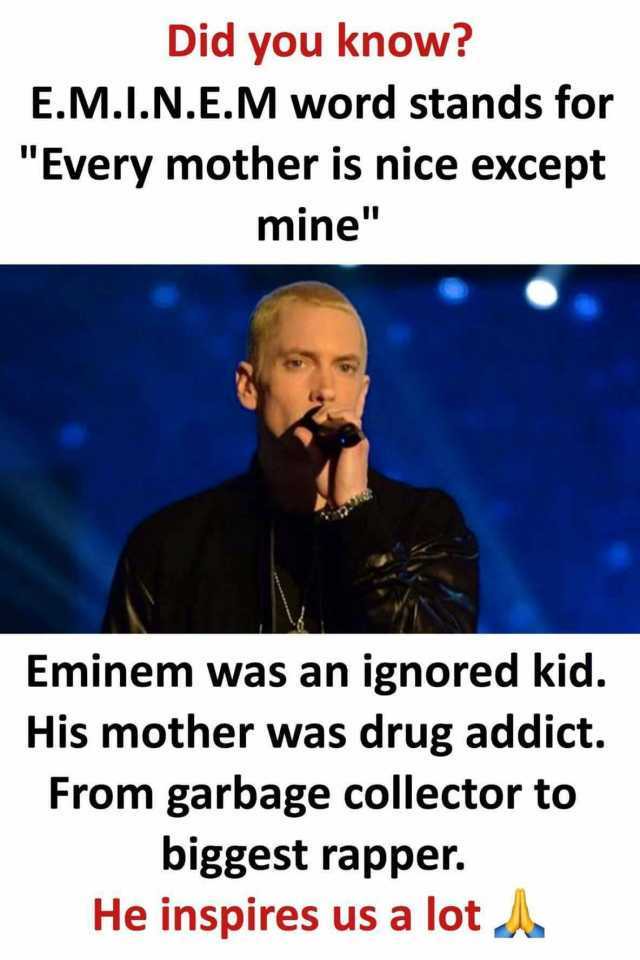