By Jaffessien (self media writer) | 10 months ago

Award winning singer and songwriter David Adedeji Adeleke professional known as Davido has promise a fan a new visual after he reviewed the best song off his much anticipating album, A Better Time.

The Fem crooner is currently trending nonstop on social media platforms as he began the first Nigeria featured by Brooklyn-based singer Enisa who is well love by Nigerian, in the remix of her hit song "Love Cycle". Davido also featured in his record label signee, Peruzzi's new tune "Somebody Baby," which is making massive streams across streaming platforms nationwide. 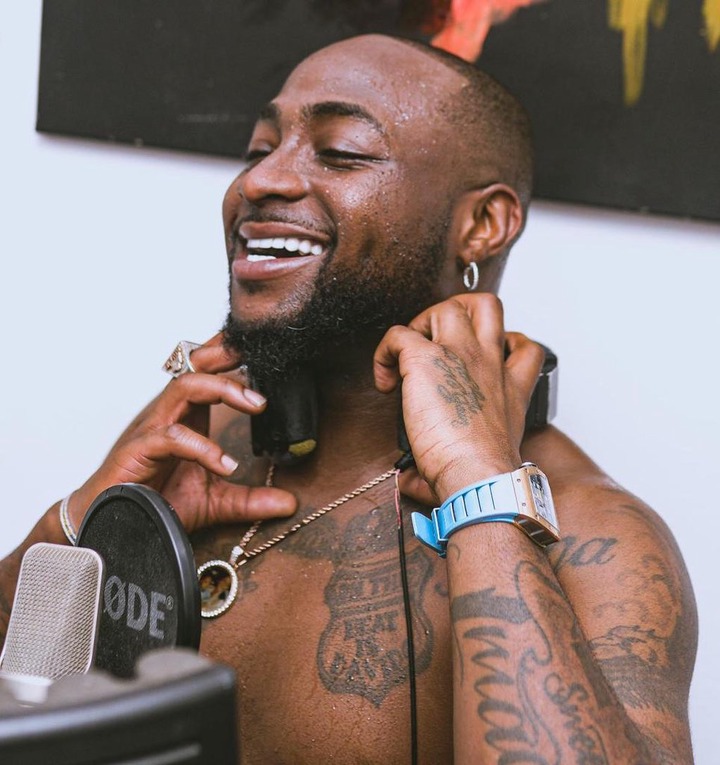 Davido who has continously proved that with him in a song, it definitely a hit song was praise by a fan for his effort in his 2020 song Lala off a better time claiming it was the best song in the album and nothing anyone can do about it. 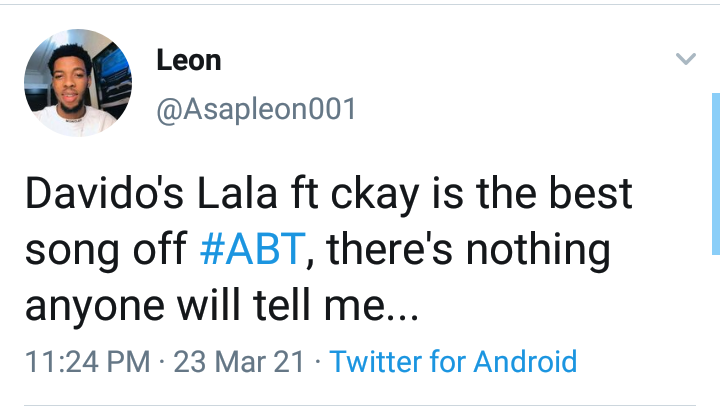 La La is the 13th song in the album, ABT and featured fast rising star, Ckay and has amazed millions of streams across all streaming platforms.

In response to the tweet, the self acclaimed The Best retweeted it with a comment revealing he has it in his plan to released the virtual.

He wrote and I quote, virtual on the way. 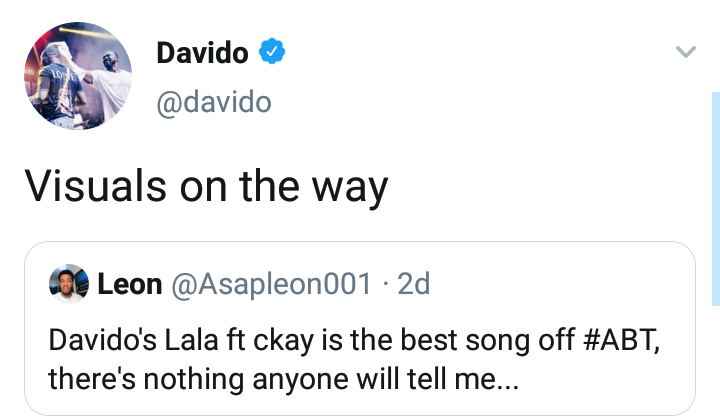 With Davido known to always keep to his promise, fans React to the retweet with the own favorite song off the album and virtual they are expecting to see on their screen soon. 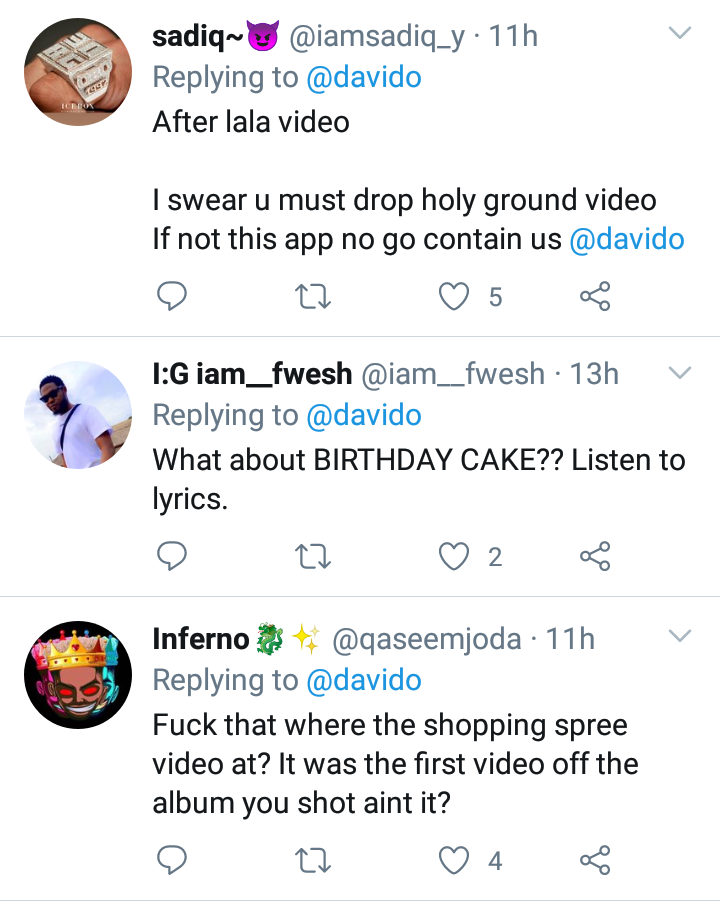 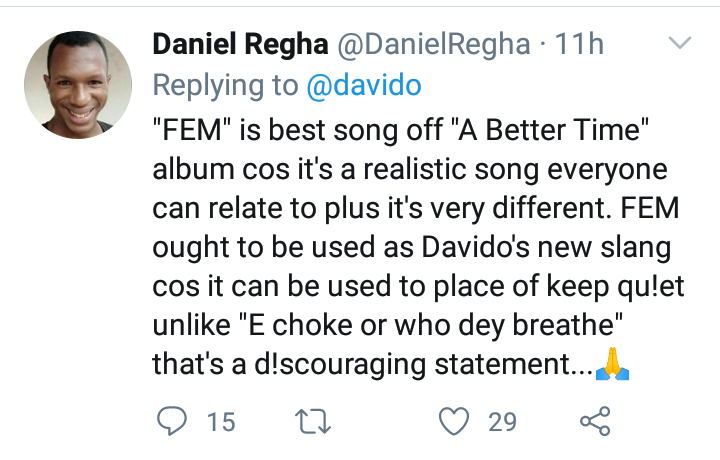 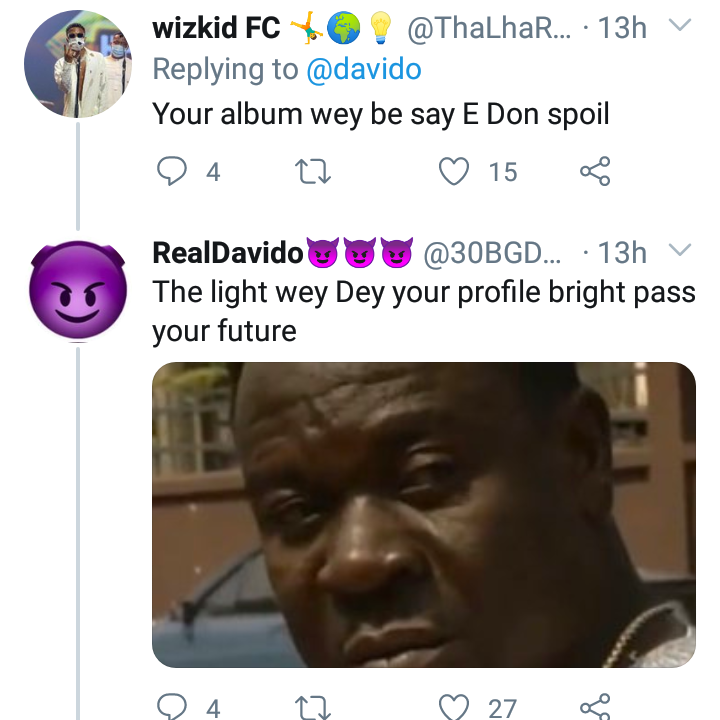 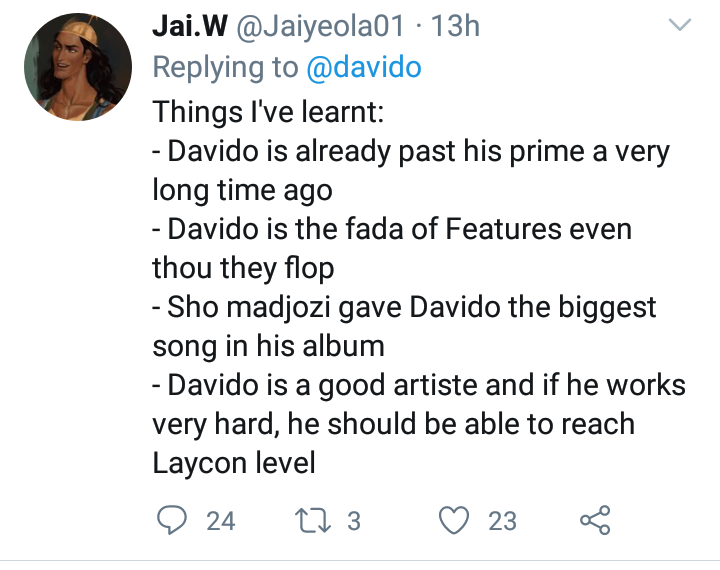