By Vicckky (self media writer) | 2 years ago

Bud Caldwell misses his beloved wife every single day. He often tries to go to the place that makes him think of her. But when a snowstorm hit, it looked like an impossible journey.For decades, Bud Caldwell and his wife, Betty, enjoyed a loving and happy marriage.

They lived in the city of Fond du Lac, Wisconsin and often enjoyed visiting Lakeside Park together.One day, Betty fell ill. They realized that she wasn’t going to get better. Bud supported her until the very end.

Naturally, when Betty finally passed away, Bud was devastated. He had been married to her for 55 years.To honor Betty, Bud dedicated a bench to her in Lakeside Park.

This bench may seem like a small thing to some, but to Bud, it formed a link back to his beloved wife.Bud ended up visiting the bench every single day.

He would spend time sitting there and remembering the many fond memories he had with Betty. He would also place a daisy, her favorite flower, on the bench as he left.

But then winter hit. Bud couldn’t visit the bench as often as he liked anymore, because the snow was hazardous for him to trek across. 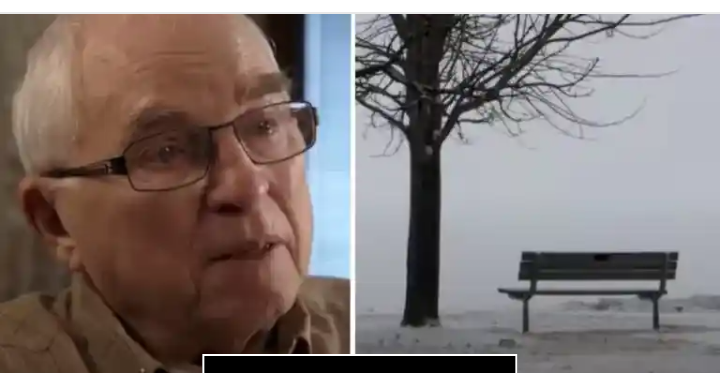 Instead, he would still drive down to the park and stare at the bench from his car.A few times, Bud tried reaching the bench himself, but naturally, it was a struggle for the senior.

Then one day, he turned up at the park to discover something amazing. Someone had shoveled a path out of the snow to the bench.

Now Bud could reach Betty’s bench with ease. He was amazed that this path had been shoveled. After all, nobody else really used the park in the winter, except for him.

But then he learned the truth. Two young men approached him and introduced themselves.

They were Jared Ebert and Kevin Schultz. Both were city park employees. They had noticed Bud struggling to make his way to the bench and realized that they needed to help out.

“It took us both back a little bit, thinking, ‘My gosh, his devotion is that strong.'” – Jared Ebert.

So they had got some shovels and cleared a path out of the snow, just for Bud. The park employees were only doing their jobs, they reasoned.

Bud thanked the two kind young men. They could tell that he really appreciated it. They then let him enjoy his time at Betty’s bench.

As usual, Bud placed a daisy in front of her picture. And when he was done, he said, “See you tomorrow, munchkin. Love you, always did, always will.”Then he walked back to his car, singing his wife’s favorite song, Daisy a Day.

The park employees didn’t do this for fame. But Bud told his children about what the men had done. Those children then spread the word, and a local news team made a report on the story.

The news report of the story then went viral.On YouTube, it has gained over 1.1 million views. It also has more than 15,000 likes and 650 comments. People have been saying things like this:

Clearly, people all over the world have been moved by both Bud’s love of his wife and the kindness of the park employees.

Sure, some people say that the world has become a cruel, uncaring place. But in reality, it’s filled with people like Jared, Kevin and Bud.