Anyone who followed the #EndSARS protest deeply would know kiki Nordic and the role she played in the protest, how she used her platform, voice and twitter account to air the wrongs and ills the protest was targeted at. 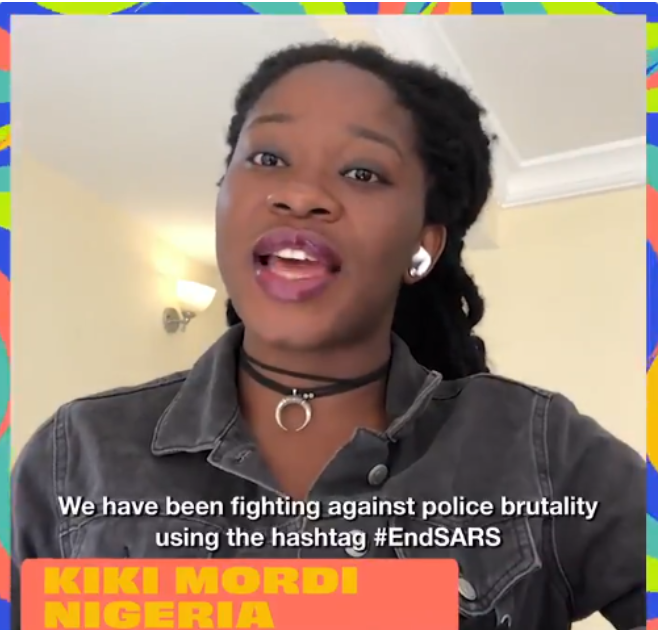 Nigeria's Kiki Mordi has gone international now, she has been recognised for her efforts and works. Kiki Mordi is now an MTV Europe Music Award winner for her work on the frontlines of the End SARS protest.

The journalist who before now had got an Emmy nomination for her BBC African Eye documentary exposing sex for grades in universities, was announced as one of the MTV EMA Gen Change winners. 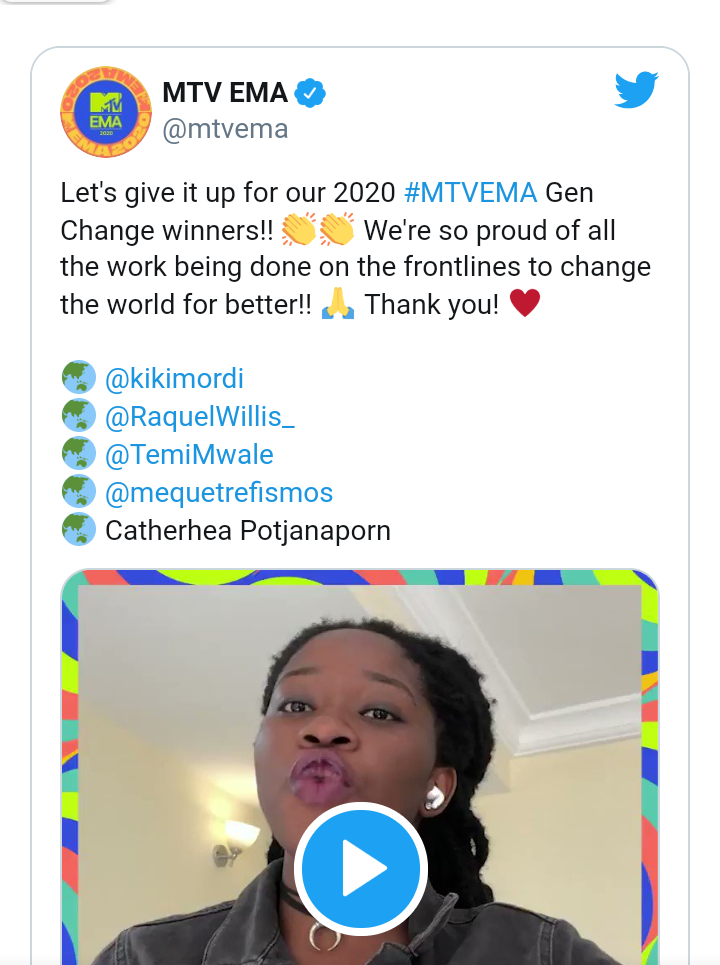 Kiki Mordi is a Nigerian journalist, media personality, filmmaker and writer. In 2016, she won the award of Outstanding Radio Program Presenter (South-South) at the Nigerian Broadcasters Merit Awards.

Mordi was born in Port Harcourt, Rivers State, Nigeria to Nigerian parents. After the death of her father, she gained admission into University of Nigeria, Nsukka to study medicine, but later dropped out due to sexual harassment from a certain lecturer.

It's really glad to see the works and efforts of we do in our own part of the world aren't just neglected or overlooked but are being recognised across the world, kiki Mordi was also celebrated alongside other women for their works on the frontline to change the world for better.