Wizkid Refuses to drop Made In Lagos album as he clocks 30.

By Kariiii (self media writer) | 2 years ago Ayodeji Ibrahim Balogun popularly known as starboy or wizkid clocked 30 years yesterday the 16th of July. Prior to that, the Nigerian superstar promised to release his long awaited album, the Made In Lagos album. He posted on his instagram story, made in Lagos and put 16th of July next and we all assumed that the superstar planned on releasing his 4th studio album as he clocks 30.

But the Nigerian star had other plans for us as he celebrated his 30th birthday without dropping any album. The highest he did was release a song which he featured American artiste H.E.R. 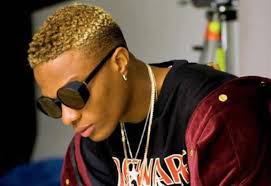 Wizkid rose to fame in 2011 after the release of his superstar album which he had Holla at your boy as the lead single. He has only 3 albums so far with this album being his fourth studio album.

But then he never really told us that the album was going to drop on his birthday. I guess we have to wait another two or three years. Happy Birthday to another legend as he clocks 30.