Actress, Politician, movie producer and mother of Nollywood childhood movie superstar (Regina Daniels), Rita Daniels has been in the celebrity limelight for years now with decades of experience in the Nigerian movie industry.

Welcome to the Biography page of Rita Daniel, find out more about her family, daughter, family, marriage, career as politician and actress, age, profile, history, net worth, state of origin, nationality, height, phone number and other interesting facts you might want to know about her. 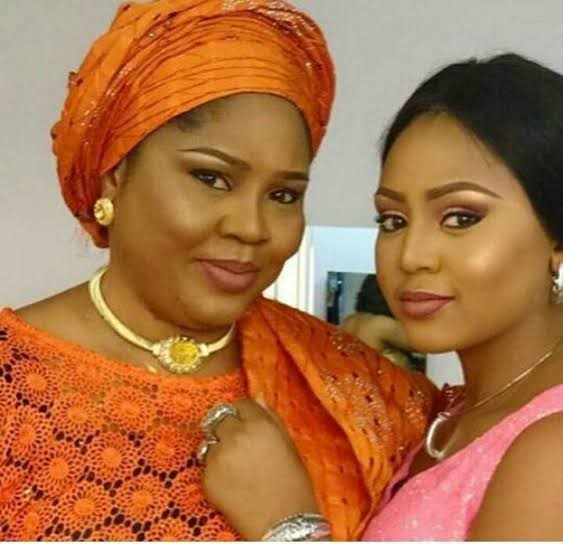 Rita Daniels is a mother of 4 children and indigene of Delta State, in a small town called Ogwashi-Ukwu in the Southern part of Nigeria.

Rita Daniels also has a flair for politics, she is the current of chairman of the Actors Guild of Nigeria (AGN) Delta State chapter and has held this position for 4 years and also the majority leader and counselor of Aniocha South LGA, Delta State.

Aside from entertainment, Rita is also a successful entrepreneur, the sole proprietor of Last Point Resort, CEO of Regina Daniels children foundation (A charity foundation set up by her daughter, Regina Daniels, to reach out to Nigerian kids living in poverty), and also CEO of Chris Daniels Nigerian Ltd.

Despite being a celebrity, Rita is a great mentor to several actresses in the Industry, kind-hearted and hard-working and a top influencer in Delta state.

Before taking the Nollywood center stage, Rita Daniels started her acting career with her Church, Anglican church, where she took the lead role in several church plays, dramas, musicals, and competitions.

Rita Daniel is very private when it comes to her family life, and has kept the media in oblivion in regards to her marital status, but she is legally separated from her first husband and father of Regina Daniels.

Despite being a woman who loves her privacy, 3 of her kids are well represented in the Nigerian entertainment industry, as she boasts of 2 actors and 1 musician. Her fourth child, however, left the family trend and pursued education.

Rita has reduced her pace in acting, as she is fully focused in production, and managing her role as chairman of AGN. Her latest movie “The Enemy I Know” is currently being shot in Abuja and would feature a lot of top actors and actresses in the industry, she also announced that Nigerian movie sensation and “Am I A Yahoo Boy’ crooner, Naira Marley, would make his Nollywood debut in her movie.

Rita Daniel is well known for carrying her daughter, Regina Daniels, along with when it came to acting, and she ensured Regina got her first movie role at the age of 7 when she featured in ‘Marriage of Sorrow” which earned her N10,000.

Rita Daniels is among the top richest and well-respected actresses in the Nigerian movie industry and has an estimated net worth of N162,225,000.