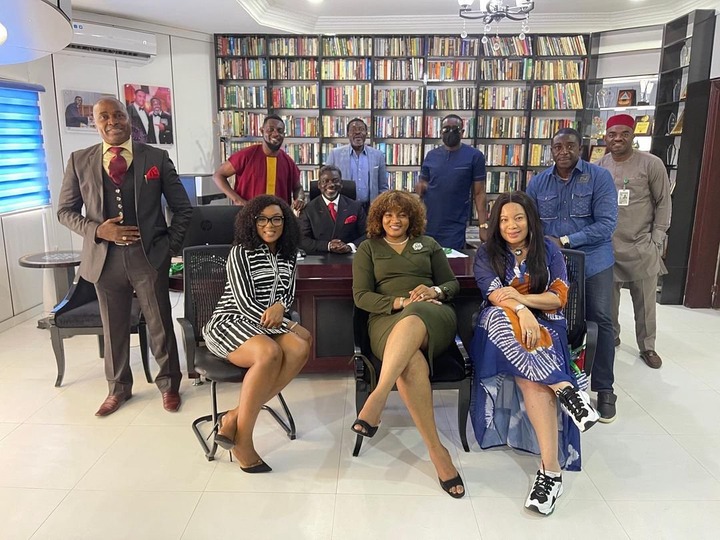 Legendary Nollywood actor, Kanayo O. Kanayo shared a stunning photo of him alongside a number of legendary Nigerian actors and actresses, with the caption, "we've become one big family."

Most of the film stars graced the TV screens of Nigerians from the 1990s to the 2000s and were figuratively part of many homes. 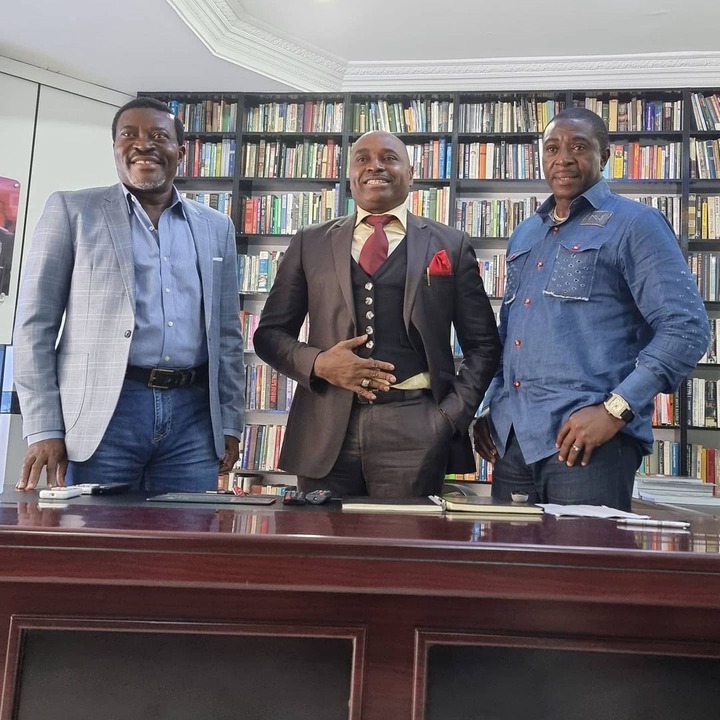 Most Nigerians today, grew up watching the likes Clem Ohaneze, Emeka Ike, Bob–Manuel Udokwu, Monalisa Chinda, Kenneth Okonkwo, Omotola Jalade–Ekeinde – all of whom are pictured in the photo – and so many others.

Kanayo O. Kanayo made his debut movie appearance in 1992 in the film Living in Bondage. 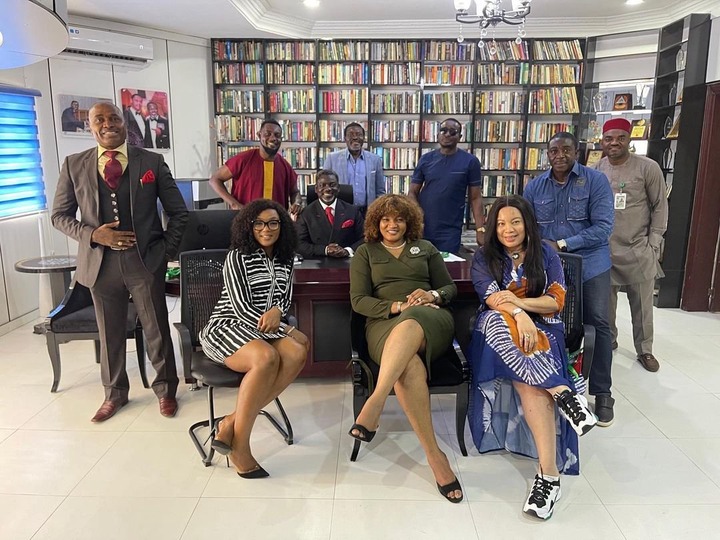 Omotola Jalade made her debut appearance in 1995 and has appeared in over 300 films since then. In 2013, she listed in the Time magazine's list of the 100 most influential people in the world, and a year later was honoured by the Nigerian government as a Member of the Order of the Federal Republic for her contributions to Nigerian cinema. 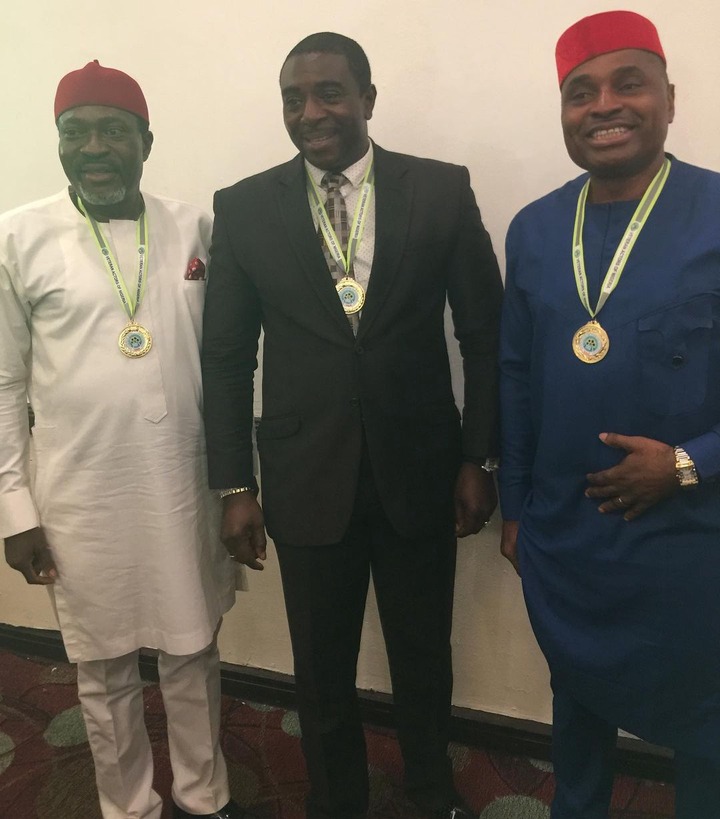 Movie stars like Kanayo O. Kanayo, Genevieve Nnaji and Osita Iheme have also been honoured by the government of Nigeria as Members of the Order of the Federal Republic.