Indian film actress and model who appears in

Bollywood films. Rautela was crowned Miss Diva Universe 2015 and represented India at the 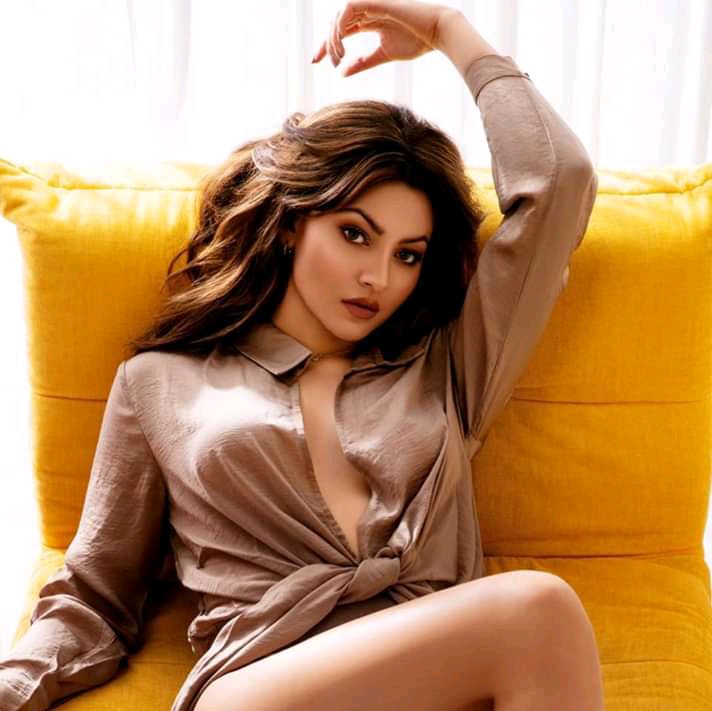 Rautela was born in Haridwar on 25 February 1994 to Meera Rautela and Manwar Singh Rautela. [5][6][7] Her hometown is in Kotdwar. Rautela is an alumna of Gargi College, University of Delhi . 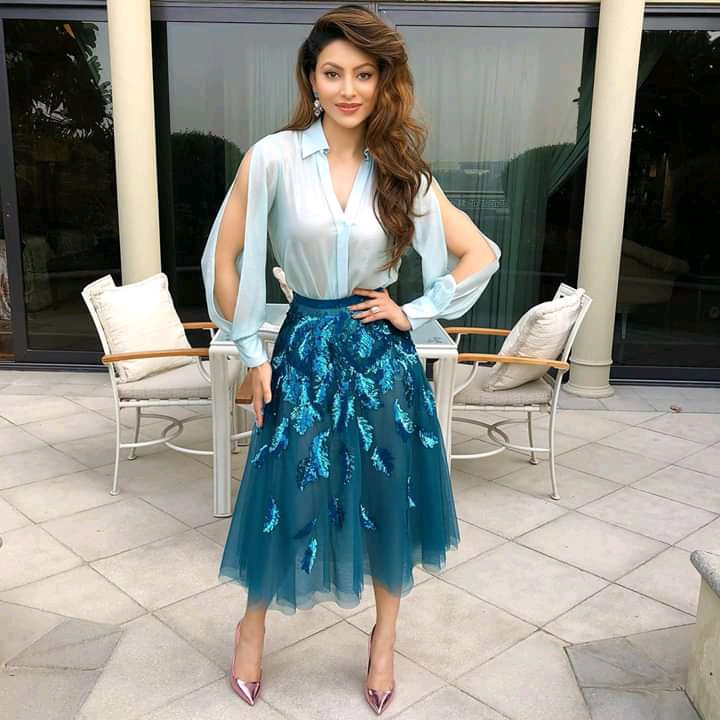 Rautela got her first major break at age 15 in Wills lifestyle India Fashion Week. She also won the title of Miss Teen India 2009. As a teen model, she was the show stopper for Lakme Fashion Week and she walked the ramp at Amazon Fashion Week, Dubai FW and Bombay FW.

In 2011, Rautela won Indian Princess 2011, Miss Tourism World 2011, and Miss Asian Supermodel 2011. She also won the title of Miss Tourism Queen Of The Year 2011 that was held in China and became the first Indian woman to win the pageant. She was also offered Ishaqzaade but turned it down as she wanted to focus on the Miss Universe pageant. [10] In 2012, she won the coveted crown of I AM She – Miss Universe India as well as the special award for Miss Photogenic. However, she had to relinquish her crown as she was underage at that time

In 2015, Rautela joined the Indian pageantry again and reclaimed her title making her the first women to win the Miss Universe India crown twice. She also won the title of Miss Beautiful Smile at the Yamaha Fascino Miss Diva Universe India 2015. She represented India in Miss Universe 2015 , but did not place. 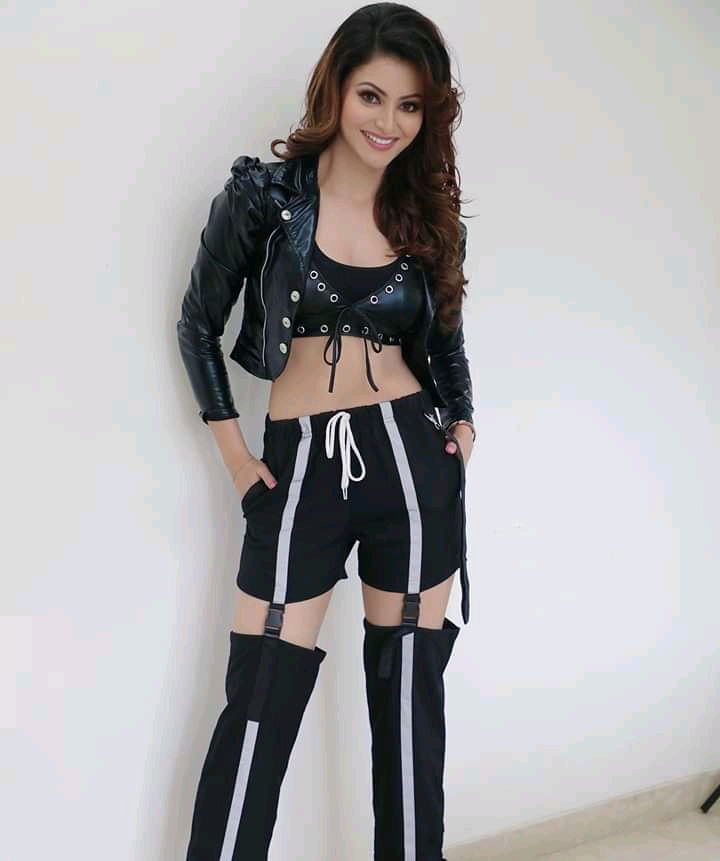 She made her debut at bollywood with the film

Singh Saab The Great as the female lead opposite Sunny Deol. She was appraised for her role in the film. After Singh Saab The Great, Urvashi appeared in Yo Yo Honey Singh's international video album Love Dose , which released in October 2014. [13]

Soon after, she started working in the South Indian film industry and made her debut with the Kannada film Mr. Airavata . [14] Though the film got negative reviews from the critics, her dance sequence was praised. Sunayana Suresh writing for the Times of India noted, "Urvashi is expressive and leaves her mark in the few scenes and songs she appears in, especially with her dancing." 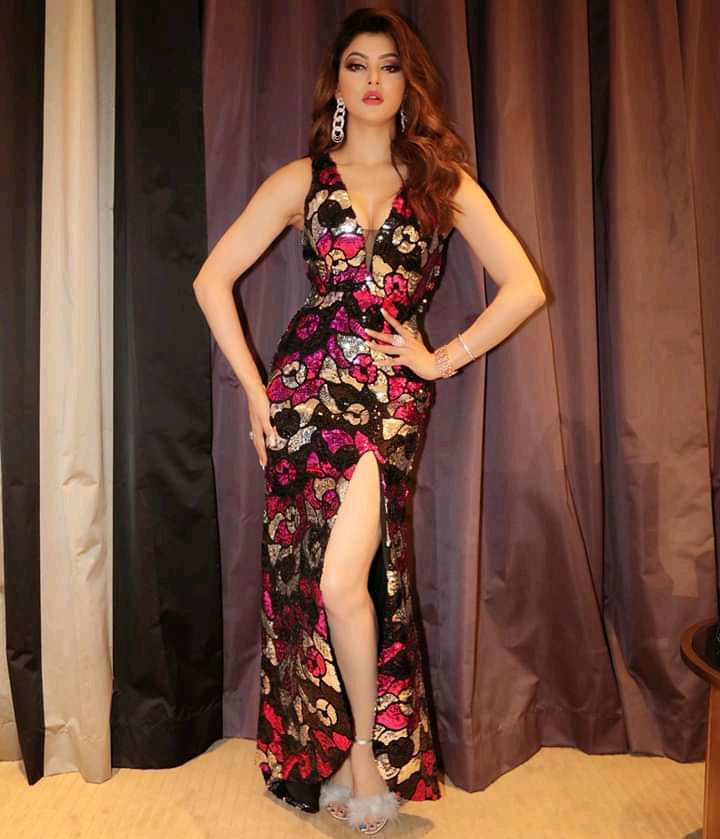 Later, she appeared in two other films, Sanam Re and Great Grand Masti as well as two music videos in 2016. The first was Laal Dupatta with

Mika Singh and Anupama Raag and the other was Gal Bann Gayi along with Vidyut Jammwal. 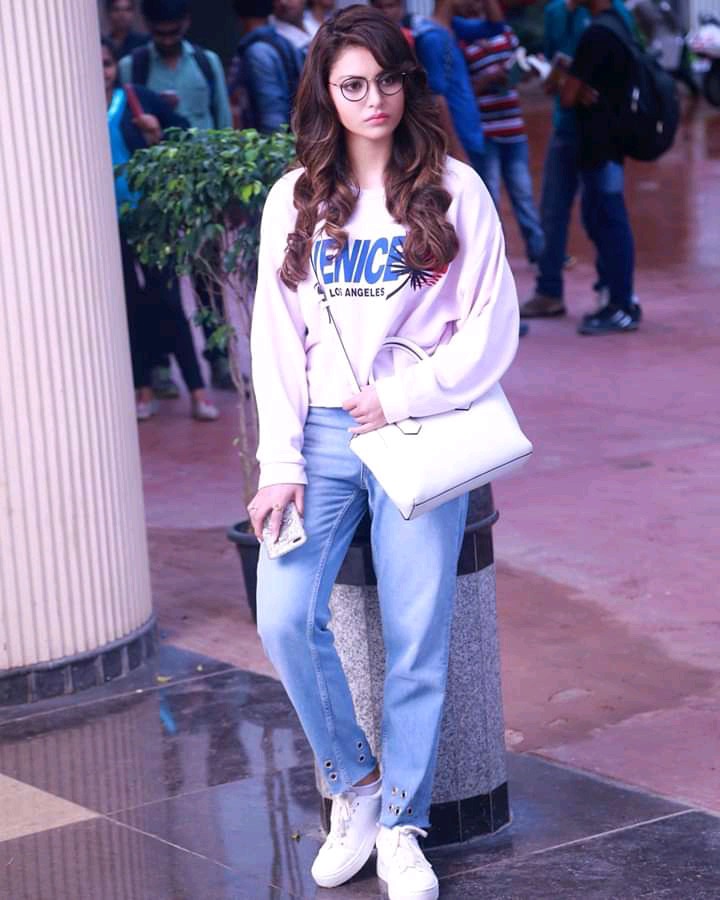 In 2017, Rautela starred in a special dance sequence Haseeno Ka Deewana in the film

Kaabil . [17] She was complimented on her performance by Amitabh Bachchan . [18] Apart from that, she made a special appearance in the

In 2018, she appeared in the revenge drama

Hate Story 4 . She was praised for her performance. Rachit Gupta of the Times of India stated, "Urvashi Rautela has the main role and her character has plenty to offer. She starts off as a girl dancing in a strip club, but as the story unfolds, her character gets plenty of twists, turns and reveals. There’s a lot on her table and the pretty actress handles the myriad emotions and shades with ease." [19]

In February 2019, Rautela appeared for Anees Bazmee's comedy film Pagalpanti which was a box-office flop and generally got unfavourable reviews. [7][20]

Urvashi launched her app which gave fans information about her. [21] She was named as the Youngest Most Beautiful Woman In The Universe 2018 by the government and tourism of Andaman & Nicobar Islands and won the Uttrakhand Maharatna Award from the chief minister of Uttrakhand. [22]

9. ^ "Delhi University is the best and I'm lucky to be its alumna: Urvashi Rautela" .

21. ^ "Urvashi Rautela's app will provide an insight into her personal life, see photos" .

Wikimedia Commons has media related to

Miss Tourism Queen Of The Year 2011 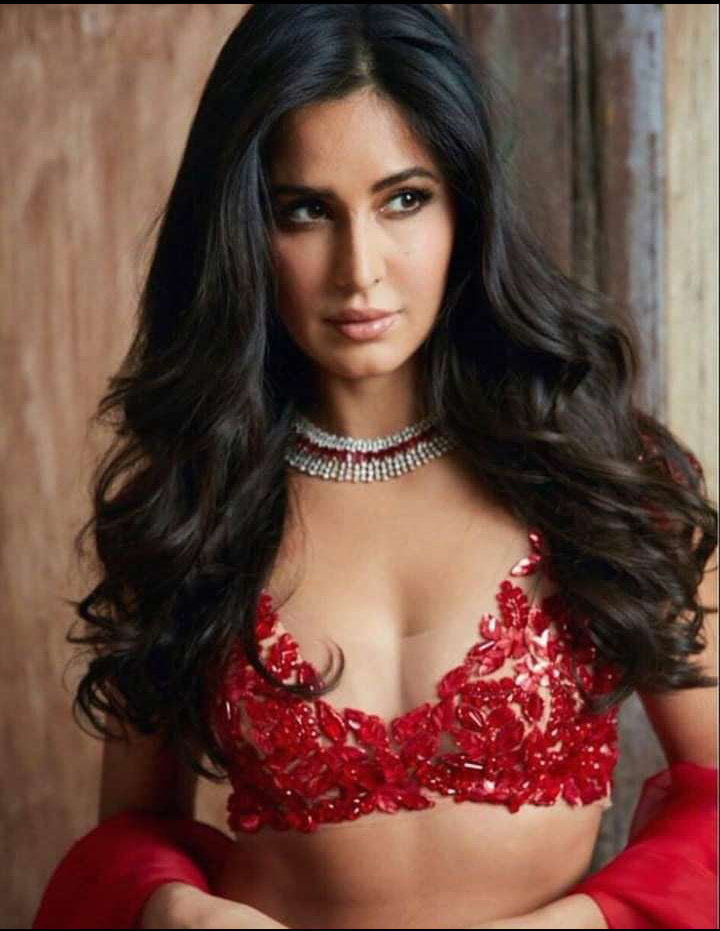 Katrina Turquotte ; 16 July 1983) is an English actress who works in Hindi films . She has established herself in Bollywood and is one of India's highest-paid actresses. [2][3]

Born in Hong Kong , Kaif and her family lived in several countries before she moved to London . She received her first modelling assignment as a teenager and later pursued a career as a fashion model. At a fashion show in London, filmmaker

Kaizad Gustad spotted Kaif and decided to cast her in Boom (2003), a critical and commercial failure. While filming in India, Kaif received modelling assignments and established a successful modelling career. However, filmmakers were hesitant to cast her due to her poor command of Hindi. After appearing in the Telugu film, Malliswari (2004), Kaif earned commercial success in Bollywood with the romantic comedies Maine Pyaar Kyun Kiya? (2005) and Namastey London (2007). She followed with a series of box-office hits, but was criticised for her acting, repetitive roles and inclination to male-dominated films. 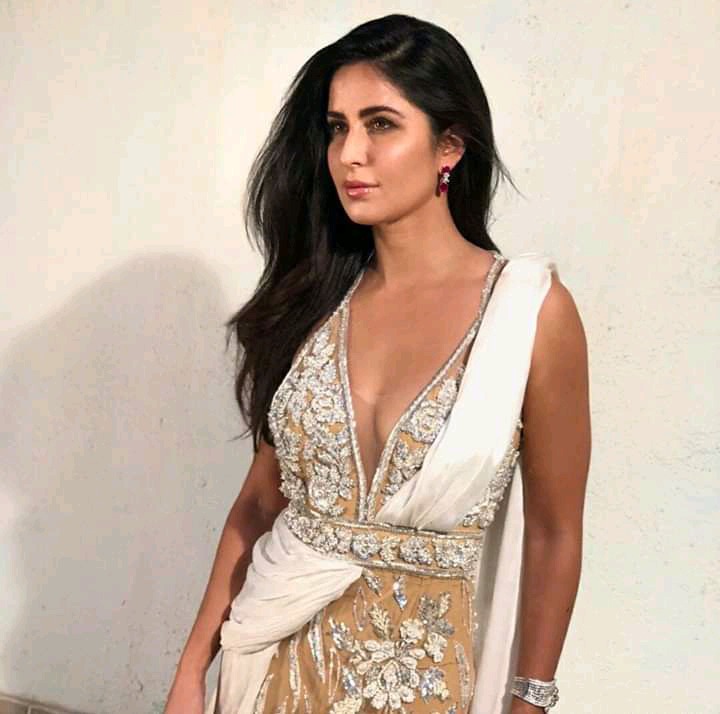 Kaif's performance in the terrorism drama New York (2009) was better received, earning her a

Filmfare nomination for her performance in Mere Brother Ki Dulhan (2011). Kaif's highest-grossing films came with the action thrillers Ek Tha Tiger (2012), Dhoom 3 (2013) and Bang Bang! (2014), all of which rank among the highest-grossing Indian films . She followed this with roles in a series of films that did not perform well commercially, with the exception of the action sequel Tiger Zinda Hai (2017) and the drama

Bharat (2019), but received praise for playing an alcoholic actress in the romantic drama Zero (2018), for which she received a nomination for the Filmfare Award for Best Supporting Actress.

In addition to acting, Kaif is involved with her mother's charity and participates in stage shows. She is guarded about her personal life, which is a subject of media scrutiny, as is her background. 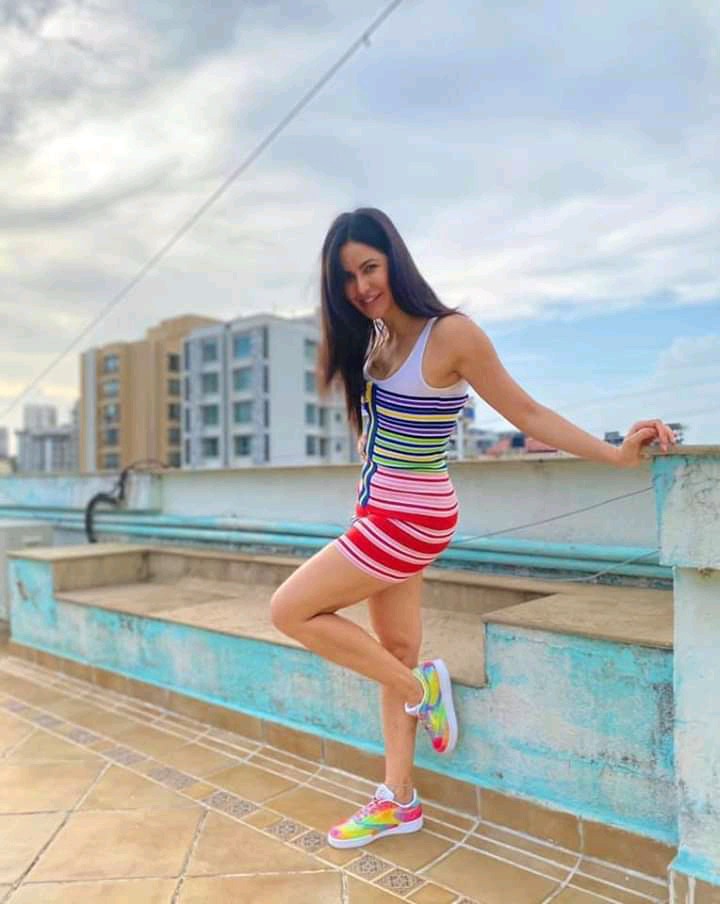 Katrina Kaif was born in Hong Kong with her mother's surname Turquotte (also spelt Turcotte), on 16 July 1983. [a][8][9][10] According to the actress, her father (Mohammed Kaif) is a British businessman of Kashmiri descent and her mother (Suzanne, also spelt Susanna) is an English lawyer and charity worker. [11][12][13] She has seven siblings: three elder sisters (Stephanie, Christine, and Natasha), three younger sisters (Melissa, Sonia, and Isabel) and an elder brother, Michael. [11][13] Isabelle Kaif is also a model and actress. [14] Kaif's parents divorced when she was a child, and her father moved to the United States. She said her father had no influence on Kaif or her siblings while they were growing up, and they were raised by their mother. [8][13][15] On her father's absence in her life, Kaif stated: "When I see friends who have wonderful fathers who are like pillars of support for their families, I say, if only I had that. But instead of complaining, I should be grateful for all the other things I have". In a 2009 interview with The Indian Express , she said she was not in touch with her father.