The death of Sam Loco. A funny Nigerian actor.

By NewsBlitz (self media writer) | 1 year ago 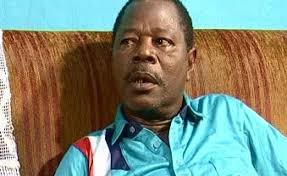 Sam Loco Efe was a Nigeria actor. He was born on 25th of December 1945 in Enugu state.

He was born into the family of Mr and Mrs Arase Efeimwonkiyeke. He had a late elementary education because his father died and this caused him to help his mother in her trade,so that he could get some money for his elementary school. 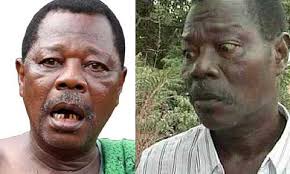 He started acting when he was in his elementary school where he joined some drama groups in his school. He was also part of a drama group that performed a rendition of Shakespeare's Julius Caesar at a festival in Abakaliki. He was noted as the best actor in that festival,which earned him a scholarship to complete his elementary education. Also in elementary school days, he met some theatre groups who came to his school for a stage play called "The Doctor in spite of himself".

After his elementary school,he proceeded to secondary school and he was an active member in the drama society. After his secondary education,he joined a traveling theatre group and played soccer earning the moniker locomotive (loco).

After some years in Abakaliki, he returned to Benin in 1968. While in Benin, he started the Ovonranwen Theatre Group with their debut production being Ogierhiakhi’s Obaiwape. He made his earning from acting and travelled to Lagos to seek better job. In 1972 Sam loco worked for Michelin Tyres. He applied for the position without knowing the requirement to got the job which was to know how to drive. He learned how to drive a day before the interview. In the interview, he was lucky to got the job. He worked for Michelin tyres in Lagos and Ogun state . He left Michelin to work for Dunlop Tyres as a Senior Sales Representative in the Tyres and Allied products division. He also as a cast member of NTA Benin's television series, Hotel de Jordan and also performed in a rendition of Ola Rotimi's "The Gods are Not to Blame". In 1977, he quited his job and embarked on acting career. He attented an audition and got the lead part of Langbodo, a play by Dapo Adelugba presented during Festac . After the end of Festac, Dapo Adelugba's friend later introduced him to a theatre institute.

2.Tom and Jerry (with Osita Iheme and Chinedu Ikedieze )

7.I want to harvest you

On the 7th of august 2011,Sam Loco Efe was found dead in an hotel room. They broke through the door of the room and found him dead after he was unable to came outside the hotel room since the previous night.

The late Sam Loco Efe was found died on a sitting chair with an inhaler. Which simply means he was asthmatic.

MAY HIS SOUL REST IN PEACE.

7 Types Of Breakfast And Their Health benefits

Mothers, Check Out These Fashionable Kaftan To Grace Any Occasion