The U.S. stars in search of African Identity

By Nelsonayaebene (self media writer) | 2 years ago

The popularity of African Ancestry, a US-based genealogy company with the largest African DNA database, shows that many African-Americans are looking to discover more about their roots and family history.

The Trans-Atlantic slave trade, which saw some 12.5 million Africans shipped to the New World, stripped most African slaves of their identity and over the course of 400 years, erased their history.

African-American rapper and actor Ludacris has become the latest US celebrity to take the nationality of an African country.

Ludacris, whose real name is Christopher Brian Bridges, celebrated Christmas and rang in the New Year in Gabon, where he received the citizenship. 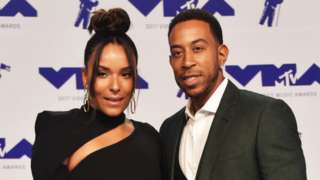 A video uploaded on Twitter shows Ludacris with his Gabonese passport and confirming his mother and two daughters also obtained the citizenship of the small, oil-rich Central African nation. Samuel L Jackson chose to take Gabonese nationality after taking a DNA test as part of a US documentary series Finding Your Roots that uncovers the family history of stars.

This traced his roots back to the Benga people in Gabon. The US veteran actor posted several photos of the country, including one with a king of the Benga people.

Gabon is not the only country welcoming African-Americans as citizens.

In May 2019, comedian and actress Tiffany Haddish travelled to Eritrea where she gained the country's citizenship.

She was criticised by some for appearing to endorse Eritrea's totalitarian government.

And last November, Ghana held a mass ceremony in which 126 African-Americans and Afro-Caribbeans took Ghanaian nationality as part of the country's "Year of Return" marking 400 years since the arrival of the first enslaved Africans in North America. A number of black stars marked the New Year in Ghana. Supermodel Naomi Campbell, actress Lupita Nyong'o, musician Akon and pop icon Beyonce's mother Tina Knowles Lawson were among some of the bigger stars to attend the Afrofest celebration in the country.

US rapper Cardi B has asked her fans on Twitter to choose her new Nigerian name several days after saying she was filing for Nigerian citizenship.

In her post, which has already been retweeted more than 10,000 times, she gave them two options: Chioma B or Cadijat.

According to reports, she was given the Nigerian name Chioma B during her first visit to Nigeria in December 2019, while Cadijat is the name being suggested by her Nigerian Muslim fans.

On the 3rd of January the rapper tweeted that she wanted Nigerian citizenship after US President Donald Trump ordered the assassination of Iranian commander Qasem Soleimani.

Content created and supplied by: Nelsonayaebene (via Opera News )