By Jammiejovial (self media writer) | 1 year ago 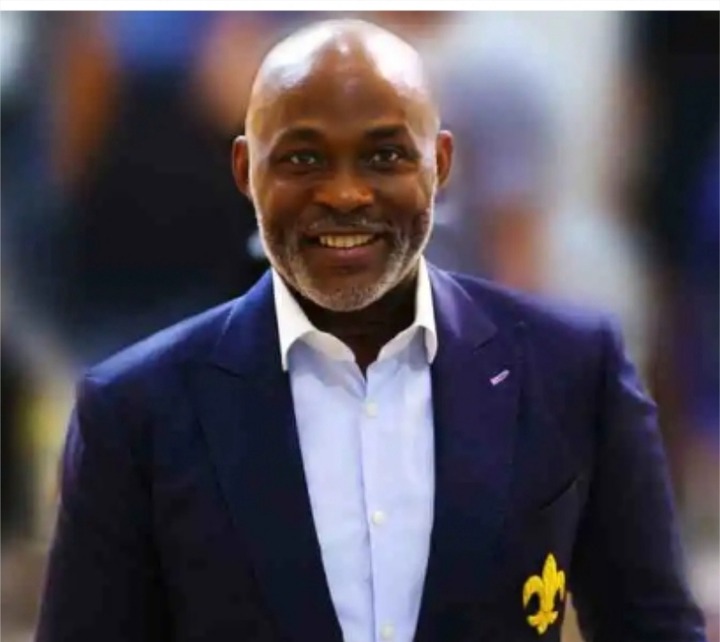 Veteran actor Richard Mofe Damijo is one of the most celebrated actors in the movie industry presently and ever since….

Don’t agree he’s one of the most celebrated? well, this was visible for all to see during his 60th birthday, which he celebrated recently in the month of July, 2021 with the crème de la crème in the entertainment industry storming the event.

RMD, as he is popular called by his fans, has come a long way as he has been acting since the 1980s, and he has so far been able to build a name for himself in Nollywood.

While many of his contemporaries who they started together have retired and taken the back seat, however, the case of the veteran actor is quite different as it looks like he is only just beginning.

With numerous movies to his name even at 60, there are indications that fans should still anticipate more from him until he decides to hang the boot.

This article focuses on why Richard Mofe Damijo is not going out of demand soon in Nollywood.

Below are 10 Adorable things about RMD you all should know.

RMD has built his acting career to a stage where he is considered as a brand on his own.

In 2004, the veteran actor was part of the eight Nollywood actors and actresses that film marketers banned; the effect of the ban didn’t get to him as he went on to gain more popularity. Ever since then, he has remained at the top.

Even though he is currently the highest-paid Nollywood actor, RMD is still one of the most sorted.

2. He evolved over time

Nollywood, over the years, has undergone tremendous changes and move away from low-quality content to high-quality content. Gone are the days were stage play were the order of the day, cinema is the main deal presently.

RMD has undergone all of these changes and positioned himself to remain relevant.

It is well known that he acts mainly in glamour, cinema and epic movie.

3. Age is not telling of him

At 60, Richard Mofe Damijo is among those that can be said to be ageing slowly. This is owing to the difference in his physical appearance and age.

There are indications that he could continue acting beyond 60 and could surpass veteran actor Pete Edochie, who at 74 is still acting.

Gone are the days when he’s always limited to the role of a father; over the years, he has proven he can act in other roles as well.

This was visible in the movie Chief Daddy where he acted as a lawyer, and he performed pretty well.

This skill, of course, is needed to remain relevant in Nollywood, and RMD is one actor that interprets roles excellently and thus make work easier for film producers and directors.

From playing the role of a Wealthy man to acting as a street thug to the character of Gate man, RMD is indeed a legend when it comes to interpreting any role he’s given to act.

6. He has a good relationship with the younger generation

Despite being a veteran in the movie industry, RMD makes himself accessible to the younger generation. He doesn’t castigate them because he is way ahead of them.

This was once again visible during his 60th birthday as many younger generation filmmakers took to social media to celebrate him. Many of them also attended his birthday party.

His relationship with the younger generation will continue to earn him more roles.

Currently, RMD is working with Ayo Makun ‘AY’ on a movie titled ‘Christmas In Miami’ to be released in December 2021.

Apart from the fact that he has a huge fan base who loves him, he is also loved by many of his colleagues, and this would surely continue to earn him roles in more movies.

This is one very important thing that has kept in the industry for long and will continue to work for him. It’s good to be good.

RMD is among the few actors who are in high demand and would easily pull the public to watch any movie he is featured in.

This means, no matter the money being paid to him, films producers are confident of making massive returns after the movie’s release. Most of the movies he has acted in the last five years have been instant hits.

Richard Mofe Damijo has come a long way and has been acting since the 1980s, his experience in the movie industry is what many of the younger generations do not have yet.

Therefore, he can’t be relegated as there would always be occasions where experience does matter.

10. He has a strong reputation

Some months back, when some reports alleged that the veteran actor was cheating on his wife with a Lagos side chick, many of his colleagues rose to his defence.

RMD would later debunk the rumour while stating that there was nothing like that.

His strong reputation means he is well respected in the industry, and this would see him continue to earn more roles in movies.

Content created and supplied by: Jammiejovial (via Opera News )