Beyonce, On A Boat Cruise With Her Family & Twitter CEO.

By ALKelvin (self media writer) | 2 years ago

About three days ago, photos shared by an Instagram account dedicated to The Carters (Jay-Z & his family) shared some photos showing The Carters on a boat cruise with Twitter CEO, Jack Dorsey.

• one carries Jay-Z sipping a glass of wine while he sits besides Twitter's CEO, with Blue Ivy's back facing them as she faces a perpendicular direction.

• another shows Beyonce carrying Rumi (her twin daughter) – as she smiles at Rumi, who is covering her face with her right hand to prevent the sunlight from shining at her face.

• the other two photos carries Jay-Z carrying Sir (his twin son). In one of the two photos, Jay-Z is seen with a huge smile on his face as Sir is busy chewing on his toy car. While the other shows Jay-Z & Sir frowning at the brightness of the sunlight. 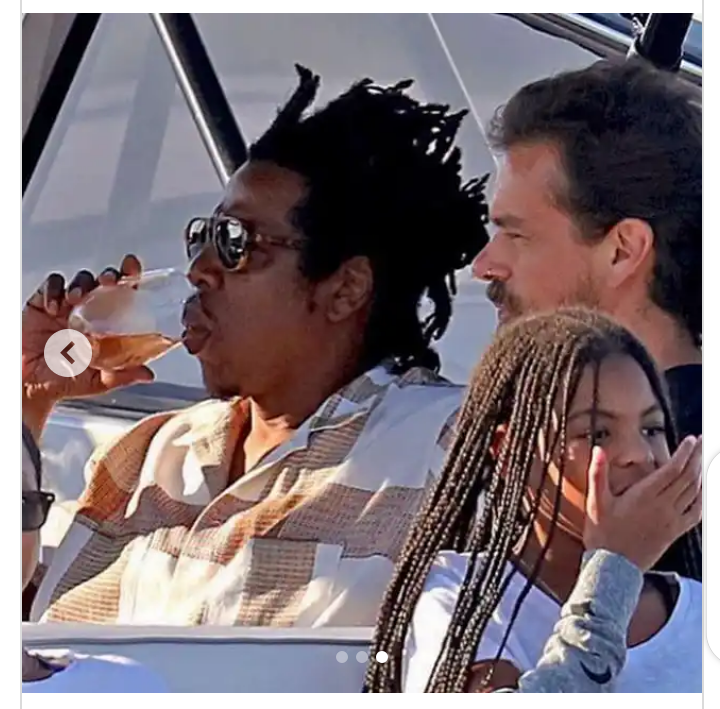 It was reported that Beyonce, alongside her husband (Jay-Z), mum (Tina Knowles), daughter (Blue Ivy), her twins (Rumi & Sir), and other unnamed members of the family were spotted on a boat cruise at the Hamptons. Also onboard was Twitter's tattooed CEO, Jack Dorsey. What a combination of personalities cruising the expensive waterways of the Hamptons.

One would easily guess that they were having a good time relaxing at the Hamptons during the summer as the photos below carries Beyonce and Jay-Z smiling, at different instances respectively. 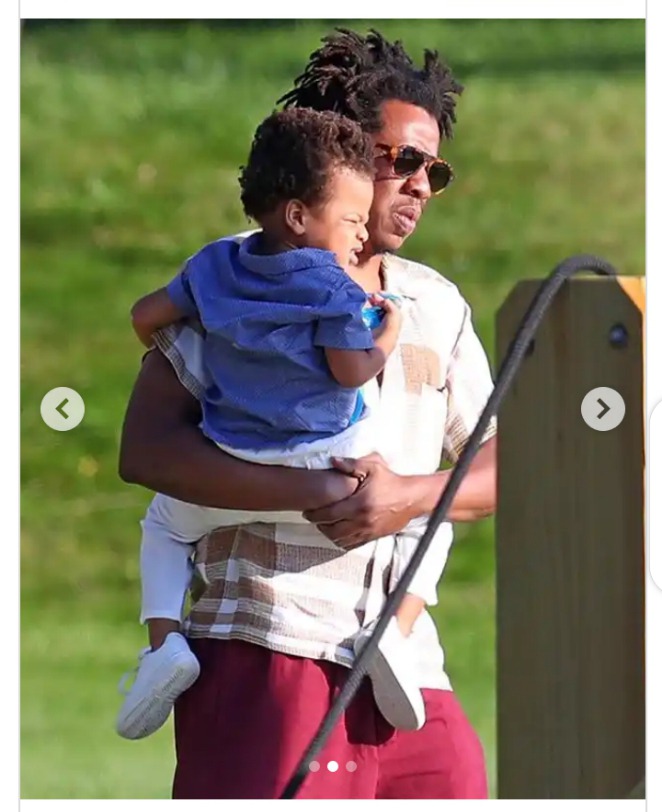 The Hamptons – a string of seaside communities located on eastern Long Island's South Fork, is reported to be known as a summer destination for affluent New Yorkers (residents of New York City).

Talking about affluent, in terms of monetary value, that's 9.7 billion USD sitting on that boat; with the net worth of Jay-Z being 1 billion USD, Beyonce's being 400 million USD, and that of Jack Dorsey being 8.3 billion USD. Money is talking!

Content created and supplied by: ALKelvin (via Opera News )