‘Others Fall Out’ - Tacha Brags As She Signs One Of The Biggest Deals In 2020, See Reactions

By OlaThePlug (self media writer) | 2 years ago

Popular Nigerian reality TV star, Natacha Akide popularly known as Symply Tacha or just Tacha has inked a deal with popular smartphones manufacturers, Oppo and she has claimed it is one of the biggest deals of 2020. The Port-Harcourt born and raised brand influencer took to her social media pages in the late hours of Saturday to share photos and videos of herself signing the contract with Oppo.

Well, the deal Tacha signed with Oppo is not an ambassadorial deal but simply a partnership deal and truth be told it is a massive one.

As per the fact that, a partnership deal is bigger and better than an ambassadorial deal.

She took to her Twitter page to brag about the deal and stated clearly that she signed one of the biggest deals in 2020 and ‘others should fall out.’ 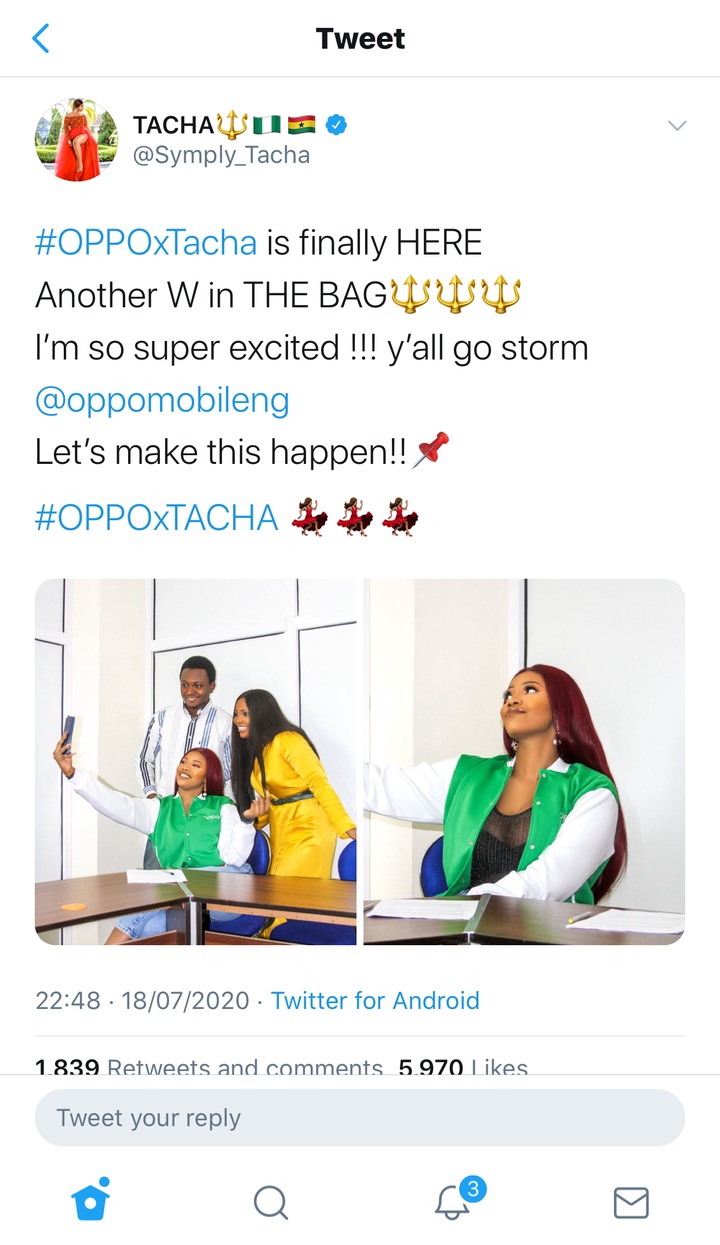 Meanwhile, Oppo on their end also announced the partnership. 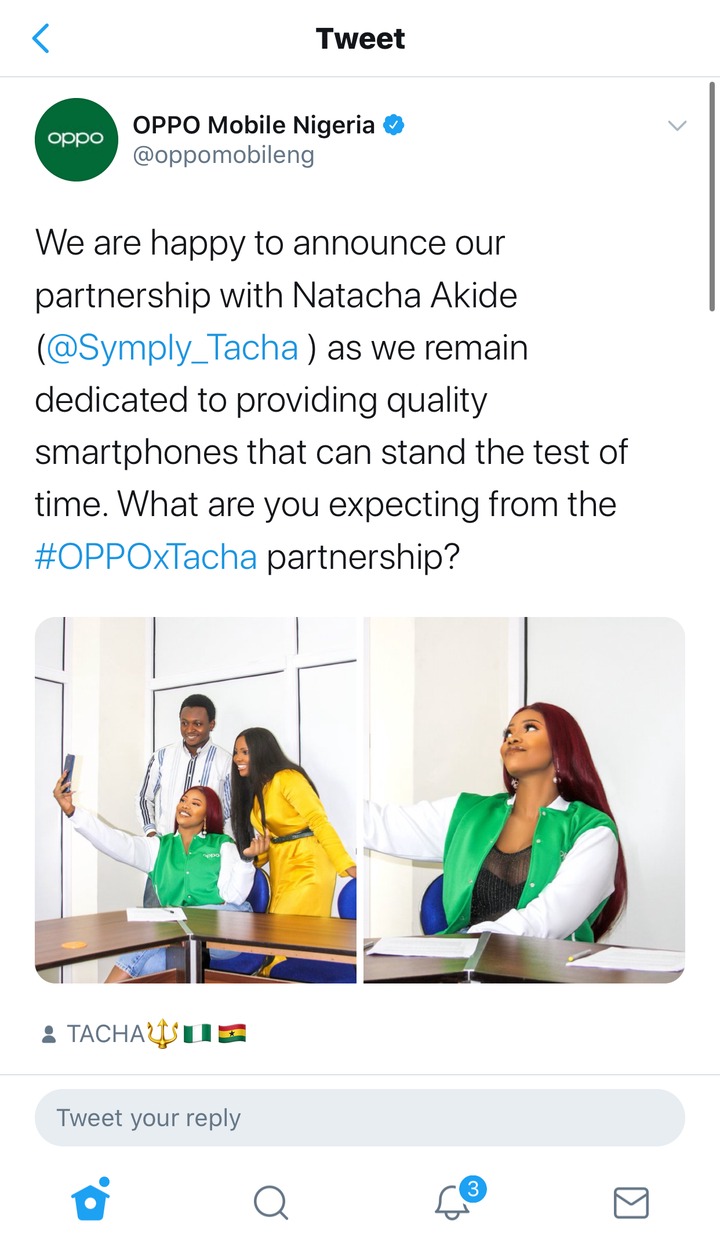 Reactions have however followed the deal, one of her fan went as far as calling out Seyi Awolowo. 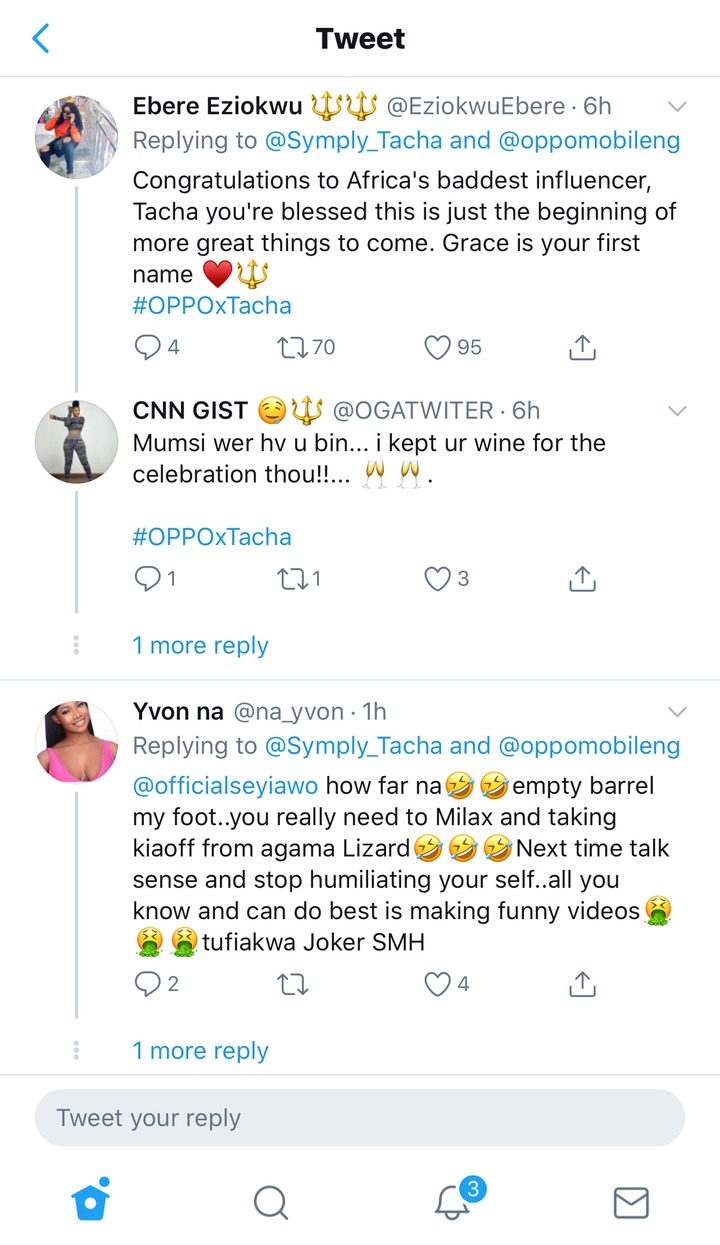 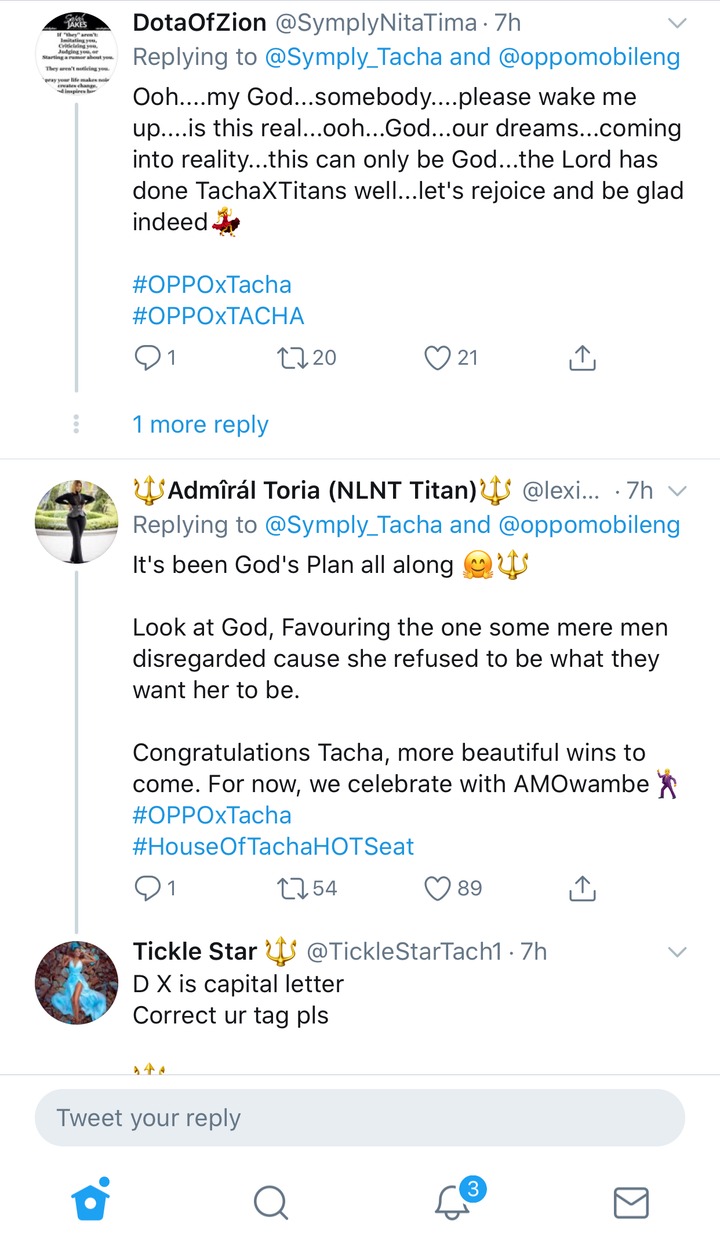