Celebrities with visible scars and the stories behind them

By Opzygtr (self media writer) | 2 years ago

Though there are a lot of things that separate us from celebrities Stars aren’t immune to getting scars. The stories behind them can be fascinating and give us a closer look into who celebs are as people and what their pasts were like. Many celebrities have scars. While some hide them, others are proud to own them. Every scar has a story.

Here are lists of celebrities that show off their scars without any regrets. Take a look below. 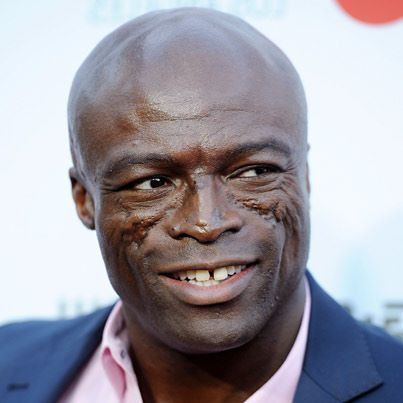 Henry Olusegun Adeola Samuel, also known as Seal, is a Nigerian singer whose scar was rumored to be part of a tribal sacrifice which involved self-mutilation rites. In an interview, Seal revealed by telling everyone that as a child, he suffered from a disease called Discoid Lupus Erythematosus which is a severe skin condition. This disease can cause a serious inflammation on the skin, lesion, scars and hair loss too. He went through many surgeries to cure his ailment and luckily enough, he is recovering. However, he is proud of his scars as it means victory for him. Actor and motivational speaker Martinez sustained severe burns to over 34 percent of his body in 2003 while serving as an Army infantryman in Iraq.

He was driving a Humvee when its left front tire hit an IED. Martinez was evacuated to the Ramstein air base in Germany for immediate care. Later, he was transferred to the Army Institute of Surgical Research Burn Center at the Brooke Army Medical Center in San Antonio, Texas. 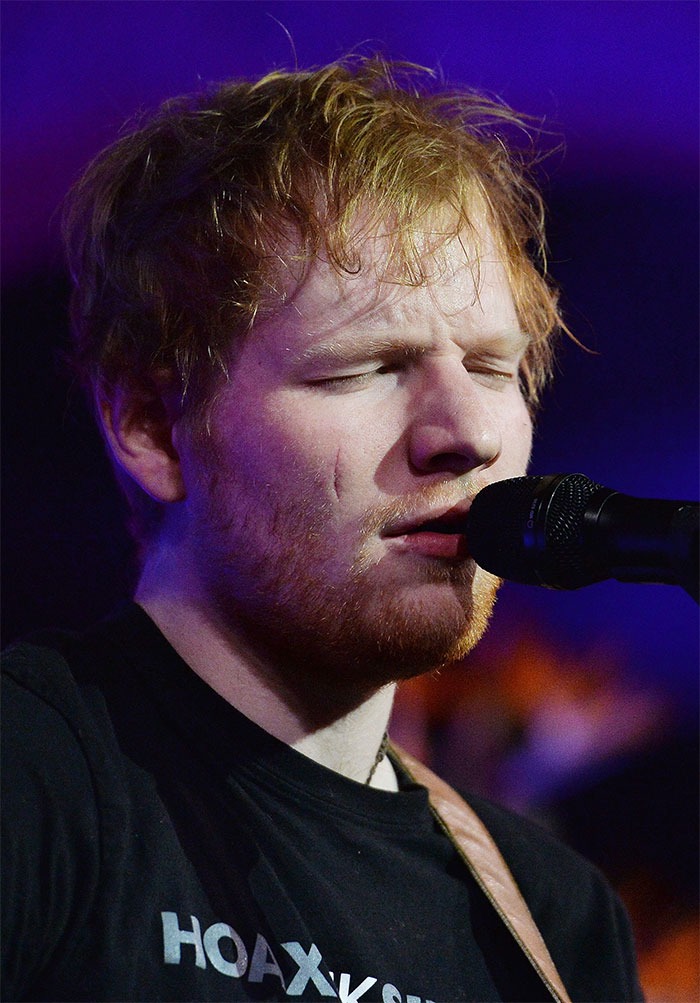 He did not get his face cut when Princes Beatrice accidentally hit him with a ceremonial sword. That was the story he and James Blunt fabricated. Sheeran was just drunk, fooling around and he cut himself.

Is best known for two of his roles, that are, Omar Litter from the series, The Wire, and the role of Albert Chalky White from the show, Broadwalk Empire. His scar is a part of his identity which he shows off proudly. He got into a bar fight on his 25th birthday. The fight was between a group of guys and his friends. A guy attacked him in his face with a razor and cut him across which nearly cost him his life. The scar appears to be pretty rough and thanks to it, he landed in a music video as a thug. The scar proved to be lucky for him and he eventually embraced it. Hs scar story was huge and became his trademark. 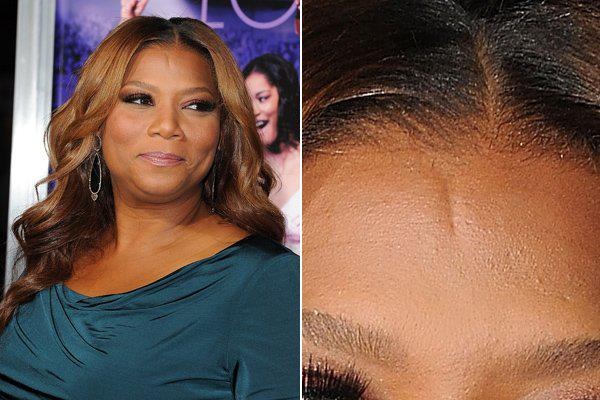 The scar that is right in the middle of Queen Latifah’s forehead and beginning from her hairline has been there since her childhood days. In an interview, she explained the reason for her scar, that is, “Playing tag with my brother,” she said. “I tripped over the telephone cord and hit my head on the corner of the bathroom wall. I got three stitches. Then I fell on my grandmother’s steps and busted it open again. I was three. I was a clumsy child. I’d never cover it up, it gives my face character.”

Scars are part of life. There is no reason to be hiding it or making heavy make ups to cover it. We should be proud of ourselves.

Thanks for reading. If you have any celebrity you know with scars pls drop.