Is Kemi Olunloyo trying to call Wizkid an upcoming Artist? See what she has to say about Wizkid There’s a reaction going on presently on the internet as Kemi Olunloyo was interpreted to be calling Wizkid an upcoming artist, Kemi Olunloyo who was seen congratulating HER on her Oscar award she won yesterday talked about how big stars should be giving upcoming stars a chance to showcase themselves. 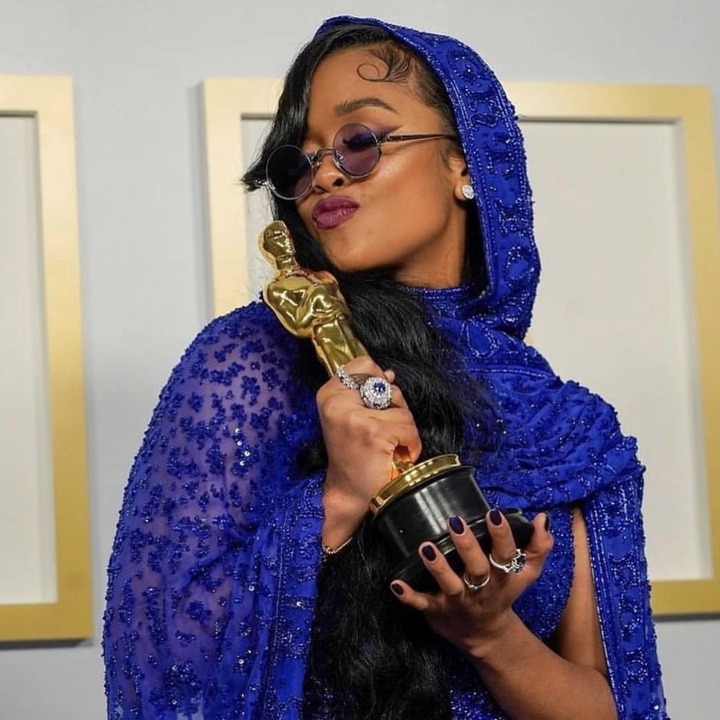 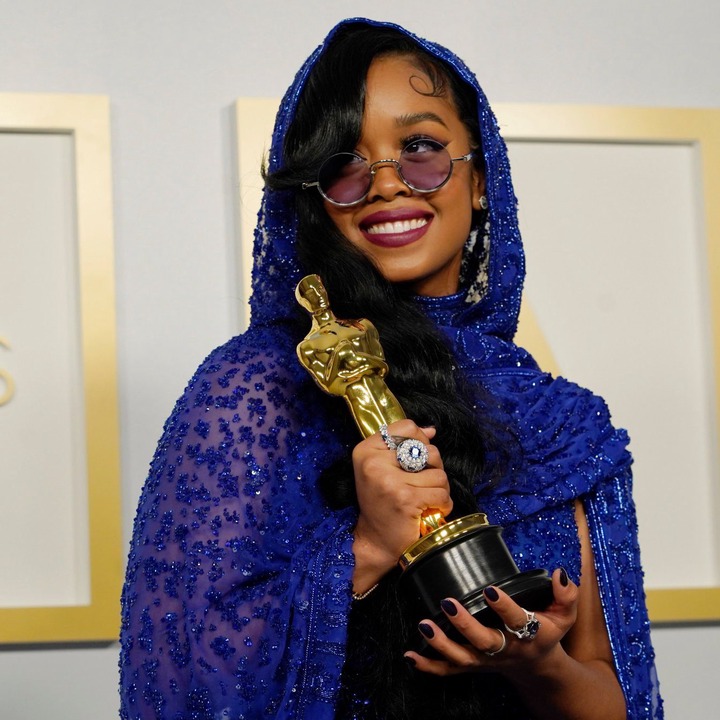 She said assuming it was Wizkid who was featured on the song that gave H.E.R her first Oscar award he would have become an Oscar winner by now. She made it known that celebrities or big stars should always give others the platform to showcase their talents. 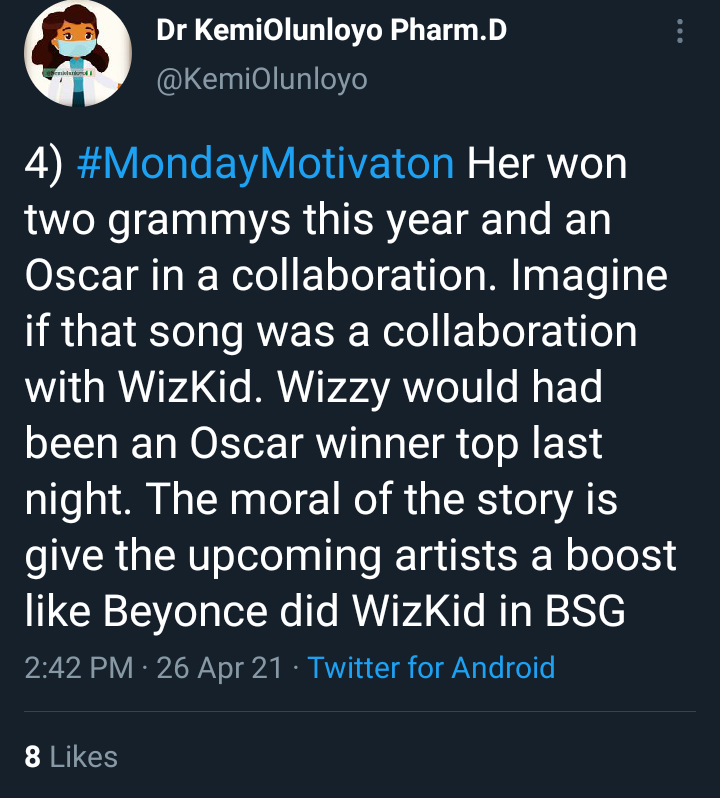 She went on to say just as Beyonce gave Wizkid a chance to perform on her hit song “Brown Skin Girl” which later went on to win the Grammy Award, in the same way, H.E.R. is winning her first Oscar due to the chance given to her. 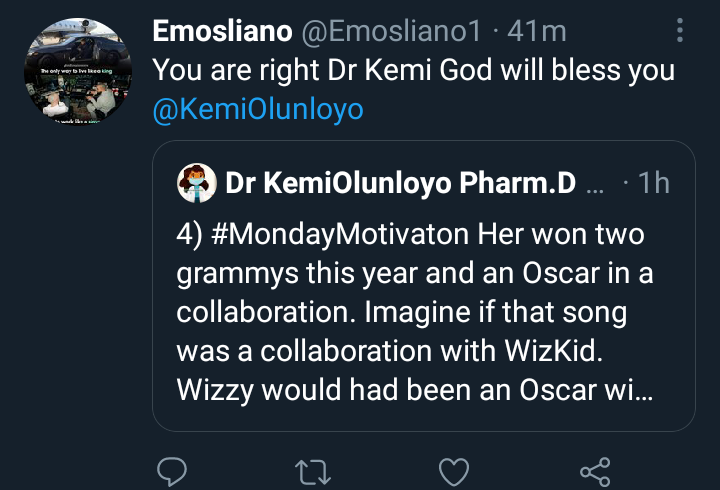 Her tweet has been misinterpreted on Twitter as many people felt she’s trying to call Wizkid an upcoming artist with her tweet, even though she’s a good fan of Wizkid and she has been supporting Wizkid for many years. 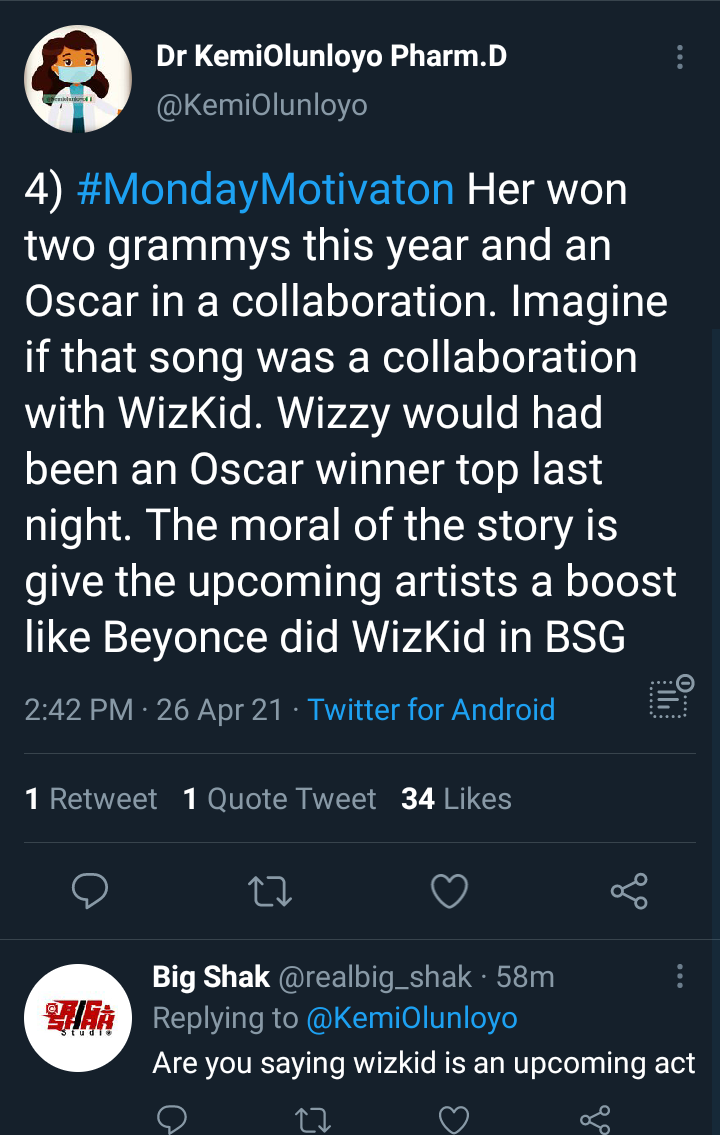