How I was healed of glaucoma during a powerful miracle service by pastor David Oyedepo - Mrs. Esther

By Lighthousemedia (self meida writer) | 1 months 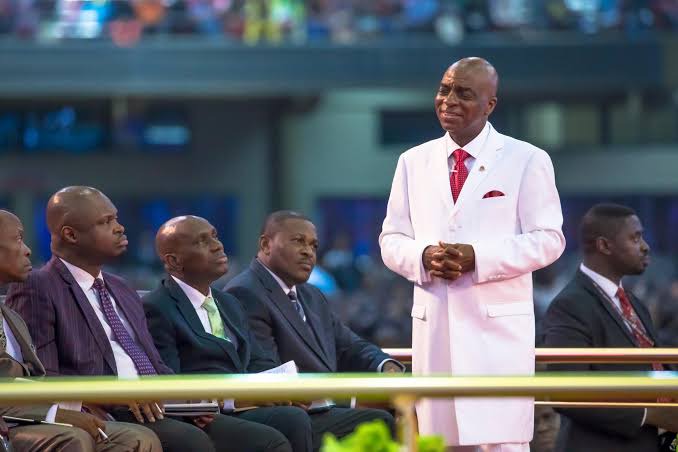 God is a miracle worker. His good deeds knows no bounds and his goodwill and mercy will forever remain with everyone who believes in his words. A woman has narrated a powerful encounter she had with the Almighty God during a miracle service which was organized by pastor Oyedepo. According to the woman's testimony, she was completely healed of glaucoma which has troubled her for many years.

According to a woman whose name Mrs. Esther O, she was suffering from glaucoma which troubled her for years. She could not see properly with her eyes unless she was putting on glasses which helps her to see properly. She also revealed that she was always in serious pain because her eyes always disturbed her severely. Most of the pain was felt in the left eye for over 7 years. 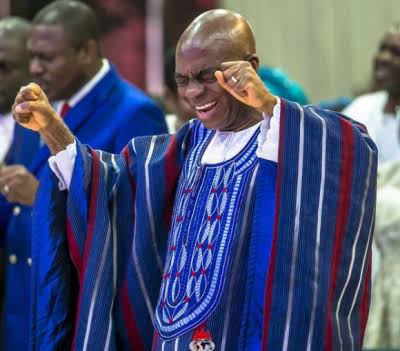 However, God finally smiled on Mrs. Esther when she attended a miracle service which was organized by Pastor Oyedepo's church. During the service, members were anointed by the man of God. As soon as Mrs. Esther received the anointing, the Holy Spirit fell upon her and all the pain which had disturbed her for seven years disappeared. Since the miracle service, Mrs. Esther's sight has been fully restored.

Pastor David Oyedepo shared this awesome miracle of God in his official social media page. According to Oyedepo, the miracle was an instant testimony from one of the miracle services. Oyedepo also said that there is power in the name of Jesus and there is no sickness that the precious name of Jesus cannot heal. In Oyedepo's words, "that health challenge that God cannot heal does not exist". 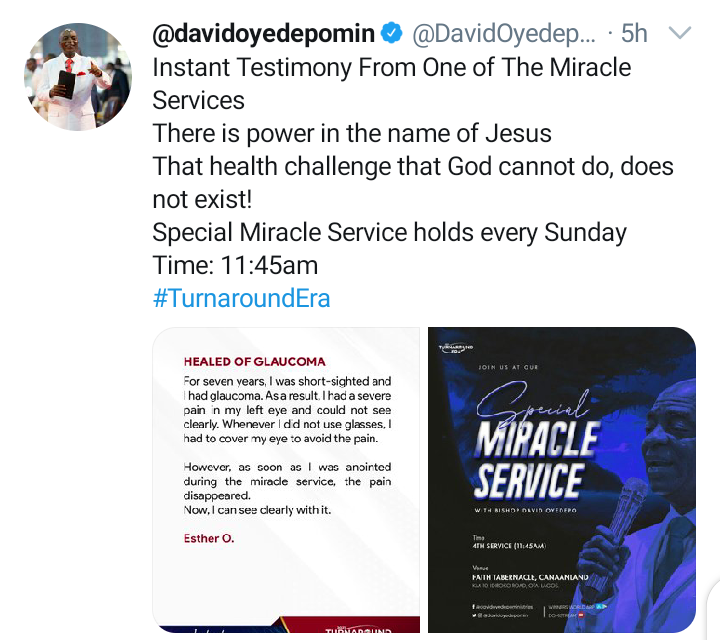 Below is the full detail of the testimony as it was narrated by Mrs. Esther. 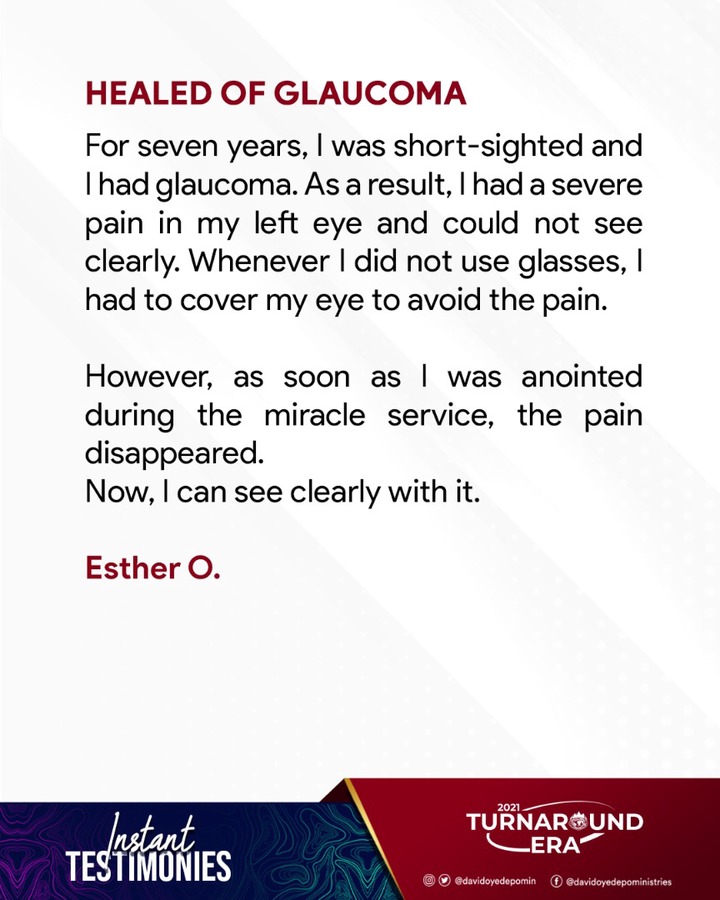 Tired Of Repeating The Same Style Of Outfit? Here Are Some New Styles You Need To Try

Unique Fashion Shoes For Ladies That Will Impress You

If someone around you is electrocuted, do these things to save him