Things You Must Know About BBNaija Season 5 (Lockdown) Housemates

By Stephenewsupdate (self media writer) | 2 years ago 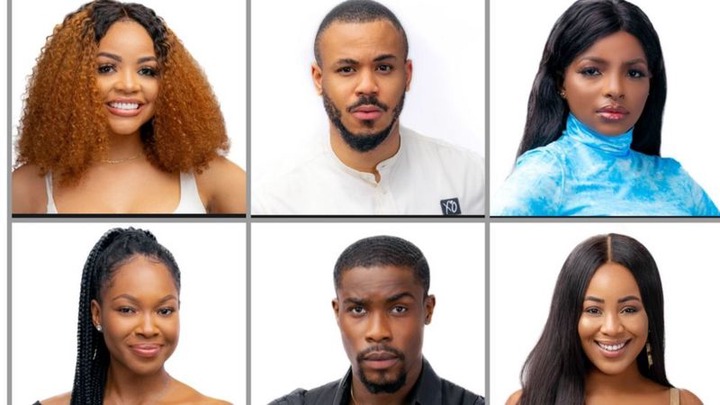 Tochukwu Okechukwu who is a 28 year of age is a rapper and real estate agent from Imo state. He said he lives and breathe in  entertainment and of Education chemistry. He said he is straight forward a sociable person. His biggest achievement is to be independent and to get education.

Kate Jones who is 26 years of age is an entrepreneur from Rivers, Nigeria. She described herself as a boss lady because she is fully in charge of her life. She said she want to be famous, she like money and hate poverty. Her dream is to get the biggest luxury fashion brand in the world.

Eric Akhigbe who is 24 yearsof age is a final year student for University of Lagos and come from Edo State. He said he is for the people and get pleasure in completing task. He described himself as to be  funny, he likes competitive sports and like fitness, also enjoy winning.

Ngozi Nlewedim who is a 26 years of age actress and commercial model from London, England. She study screen acting at the Met Film School inside London. She said she is passionate to be big time celebrity and like to get drunk and dance in front of the mirror alone.

Ezekiel Bright Osemudiame who is 29 years of age is a sailor from Edo State. Brighto said he is the youngest of six kids and he has degree in Marine Engineering from Arab Academy for Science Technology and Maritime Transport inside Alexandria, Egypt with many other  professional certifications. His biggest achievement is the scholarship he got to study abroad and alos all his certificates acquired. He said he doesn’t  like to offend people and he can speak Ibo, Hausa, Yoruba, Edo plus little bit of Arabic. He likes to swim, travel and likes adventure.

Aisha Umaru who is 25 year of age is an entrepreneur from Sokoto state. She considered herself a great team player that get along with people. She rely on healthy diet. She said she can be dramatic sometimes but very emotional. She like singing, going out and having fun.

Emuobonuvie Akpofure who is 26 year of age is a ride-hailing app driver from Delta State . He described himself as being funny, tolerant, loving and smart. He is also secretive. His biggest achievement was when he won N500 000 from one talent competition. He said he like when people underestimate him and called himself problem.

Tolani Shobajo who is 27 year of age is a media personality from Lagos state. Tolani is an energetic gingered babe. People always call her the vibe at parties. Tolanibaj said she came to the house for the money, she like money and she like Naira Marley.

Olamilekan Agbeleshe who is 26 year of age is a singer and rapper from Lagos. He is a graduate of philosophy from University of Lagos. He said he is complicated, and people always misunderstand him and he is also open minded. He added that he like to discuss sexual matters. His biggest achievement is his song 'Fierce'  which is up for MTV BASE Top ten charts for six months.

Rebecca Hampson who is 22 years of age is an entrepreneur from Bayelsa State, Nigeria. She was a former model and MBGN Top 5 contestant that  love learning new things, having fun, travelling, taking on new adventures. She study communications at the University of Port Harcourt. She said she like clean place, clean people and like to be true to herself.

Content created and supplied by: Stephenewsupdate (via Opera News )