By Sefiukunle (self media writer) | 1 year ago 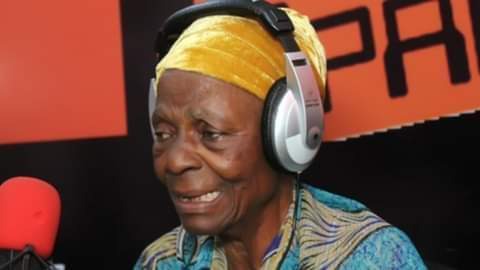 Popular Nigerian veteran Yoruba actress Grace Oyin-Adejobi who is also known as Iya Osogbo, has recounted how an excited fan almost ran her over with a car while trying to greet her in Ibadan.

The actress revealed this when she featured on a radio magazine programme ( Parrot Xtra) on Space 90.1FM On Wednesday at the Oduduwa’s studio of Space FM.

The veteran actress said she was shocked when the fan explained that her action was borne out of sheer excitement, adding that the incident will remain indelible to her.

“The fan eventually came down from her car to let me know that she merely wanted to exchange greetings with me. She later enveloped ten thousand naira and dashed me,” she said.

Iya Oshogbo also dismissed claims that she became popular after she featured in ‘Eran Iya Osogbo’, she said that she had made name for herself before the movie.

The actress, who will clock 90 on Sunday, said there would be no formal event to mark the occasion due to federal government’s COVID-19 directives.

“All my admirers including colleagues and family members have agreed to postpone whatever plan they have to celebrate my 90th birthday because we must obey the global pandemic prevention rules,” she said.

However, the veteran actress was celebrated by The Space Network staff members( Space 90.1Fm and Afrospace TV) and the radio magazine staff members ( Parrot Xtra) to mark her 90th birthday immediately after the radio program.

Content created and supplied by: Sefiukunle (via Opera News )