Paranormal investigators Ed and Lorraine Warren try to uncover the truth behind a murderer's claim of demonic possession. Initial Release date: 10 September 2020. The Conjuring: The Devil Made Me Do It (also known as The Conjuring 3) is an upcoming American supernatural horror film, directed by Michael Chaves, with a screenplay by David Leslie Johnson-McGoldrick, from a story by Johnson-McGoldrick and James Wan. 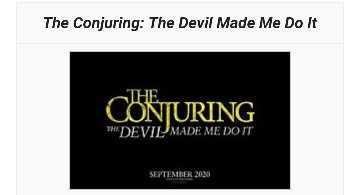 Release Date of The Conjuring 3:

The third installment of The Conjuring franchise is scheduled to be released on September 11, 2020, by Warner Bros. Pictures and New Line Cinema. The first movie, The Conjuring, was aired on July 13, 2013, while The Conjuring 2 premiered on June 7, 2016. The Devil Made Me Do It will come with a lot of expectations, after the huge successes of the first two films.

The Cast of The Conjuring 3:

Patrick Wilson and Vera Farmiga will be reprising their roles as paranormal investigators and authors Ed and Lorraine Warren. As with the previous two movies, this one too will be focusing on a different family, and so there is less probability of any other actors returning in this sequel. However, it has been announced that Megan Ashley Brown and Mitchell Hoog will portray young Lorraine and Ed Warren respectively. 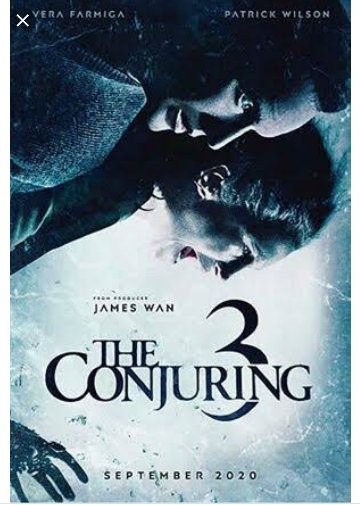 The premise of The Conjuring 3:

The plot hasn’t been revealed as yet, but we know that it is based on another one of the stories of Ed and Lorriane wherein a person defending himself using evil possession as a reason or excuse for being innocent of murder.

“The Devil Made Me Do It will be a chilling story of terror, murder and unknown evil that shocked even experienced real-life paranormal investigators Ed and Lorraine Warren. One of the most sensational cases from their files, it starts with a fight for the soul of a young boy, then takes them beyond anything they’d ever seen before, to mark the first time in U.S. history that a murder suspect would claim demonic possession as a defense theatre and prepare for a big scare!