By Viral-Trends (self meida writer) | 21 days 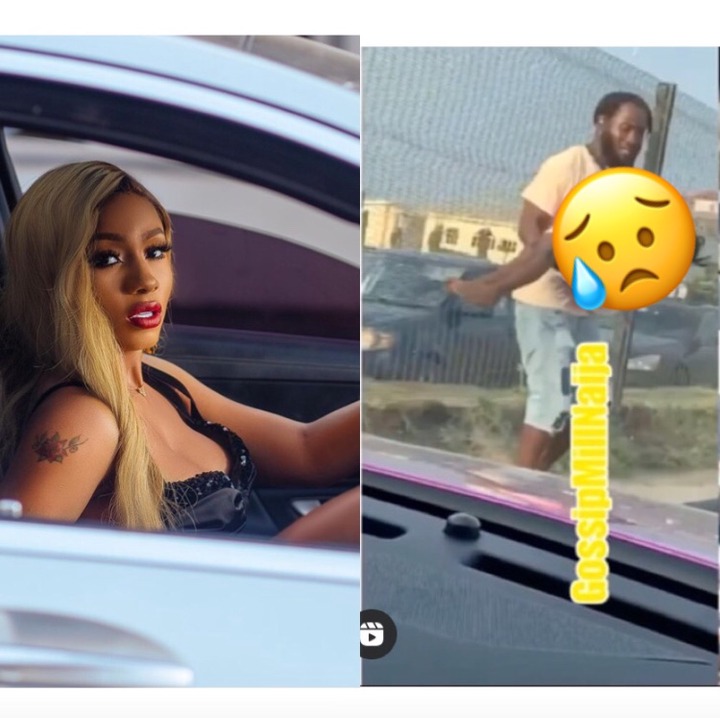 Here is a video showing the moment ex-BBNaija housemate, Mercy Eke, rescued a young girl that was knocked down yesterday in Lagos, by a hit & run driver.

According to a Twitter user known as Gift, she said that a reckless driver bashed someone’s Roll Royce car and in the process of escaping, he knocked down a little girl and her father who were waiting to cross the road. 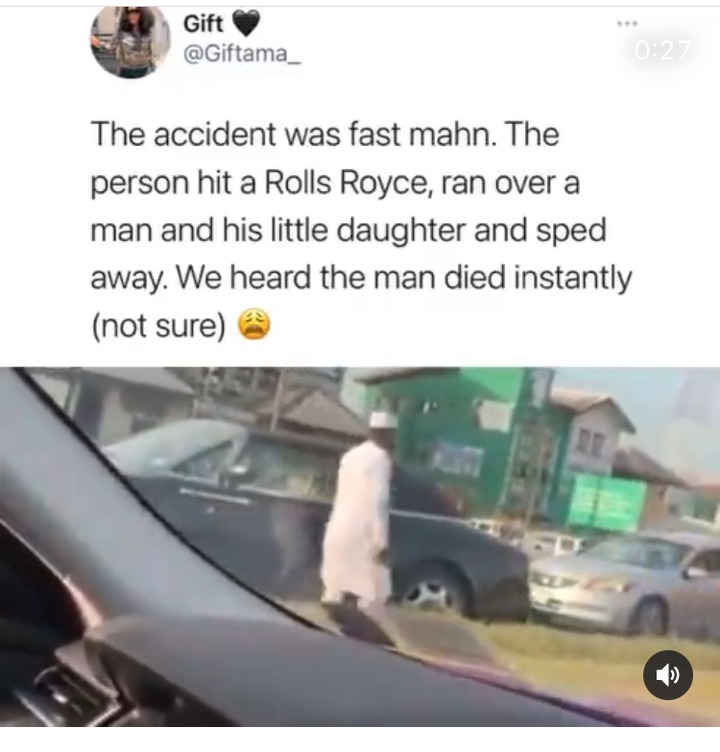 According to the lady, the accident happened so fast that people thought the man and his daughter were dead.

Instead of people to help take the victims to a hospital, everybody continued with what they’re doing until a concerned man carried the little girl and started waving down vehicles for assistance. 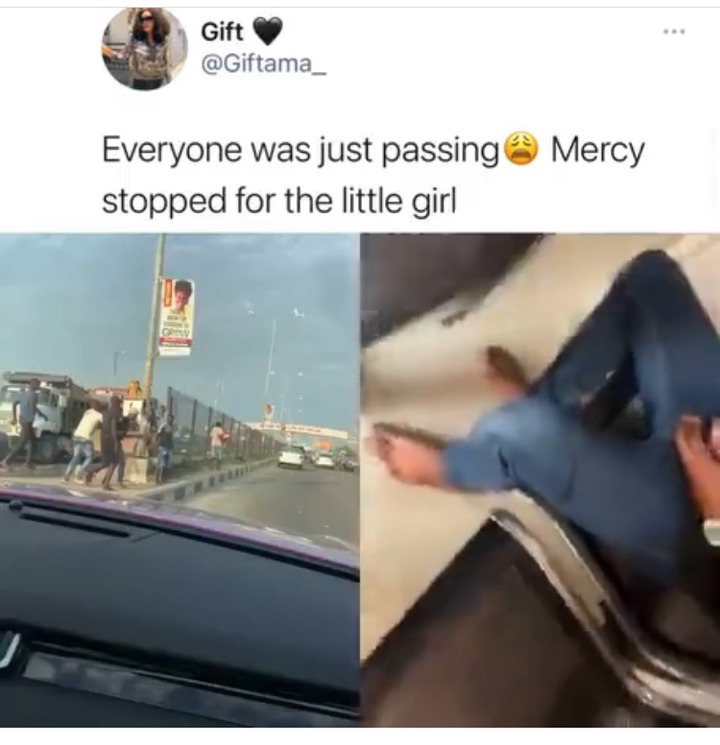 As God may have it, Mercy Eke, was driving-by and she pulled over and carried the good Samaritan and the little girl. 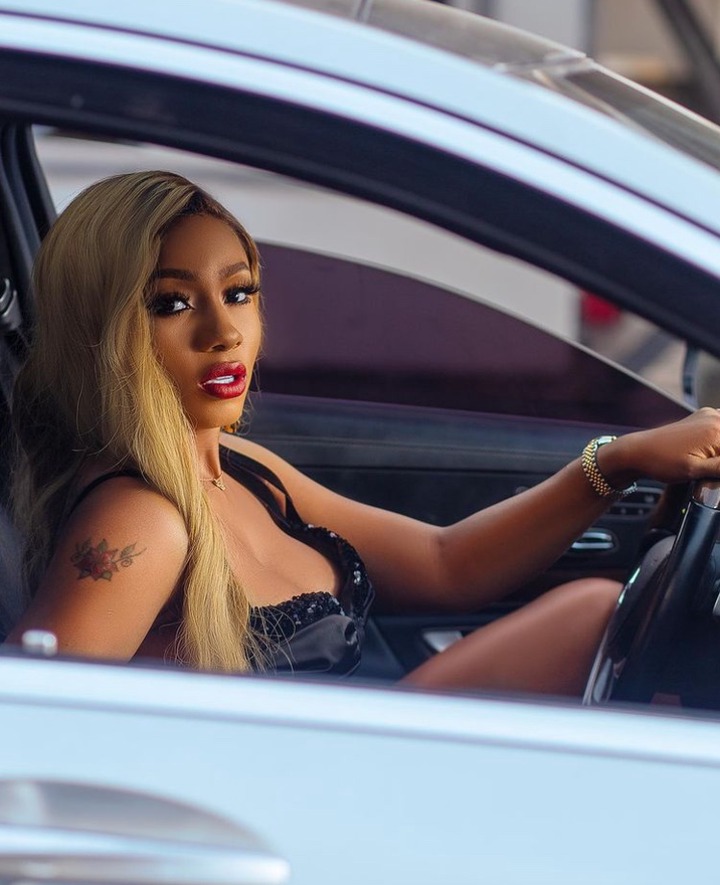 She had to drive the two of them down to a good hospital and deposited money for the girl’s immediate medical attention.

The man that knocked down the girl and her father was later caught and brought to the hospital and he was panting seriously to the extent BBNaija Mercy had to calm him down.

The girl was later stabilized by the doctors and Mercy had to take her leave.

As the BBNaija winner was about leaving the hospital, she dropped some money for the good Samaritan that helped carry the girl. 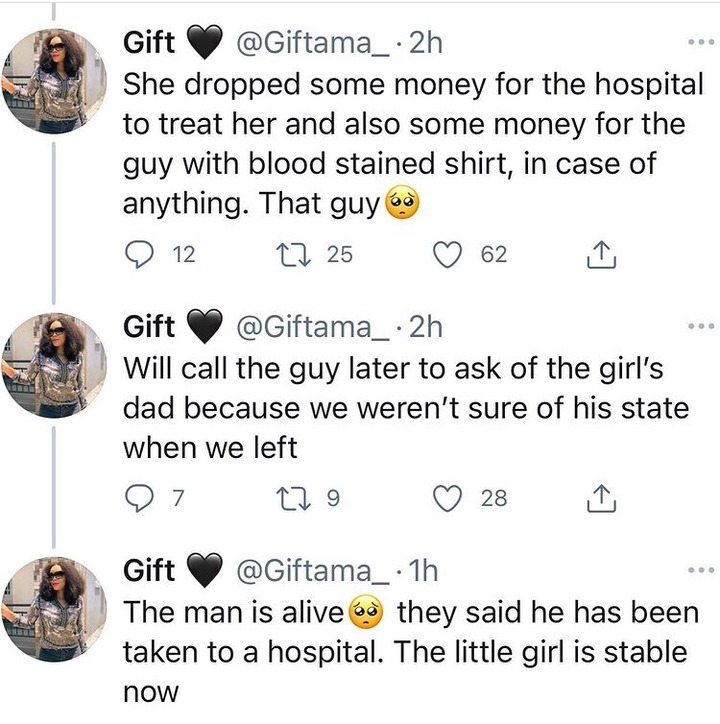 In an update that reached me, the girl’s father that was knocked down too, was later rescued and currently doing fine in a hospital. 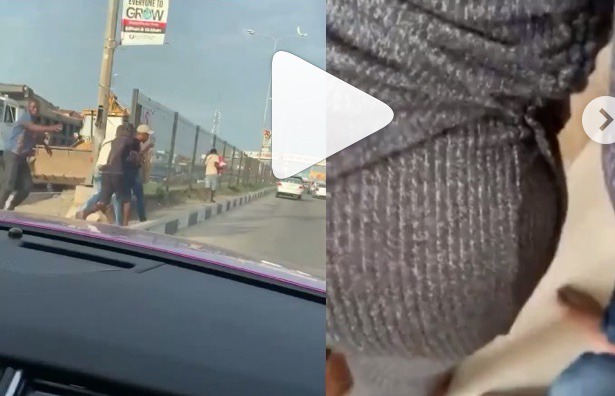 Video: People Run For Their Lives As Unknown Gunmen Burn Down "Vigilante Group Office" In Ozubulu