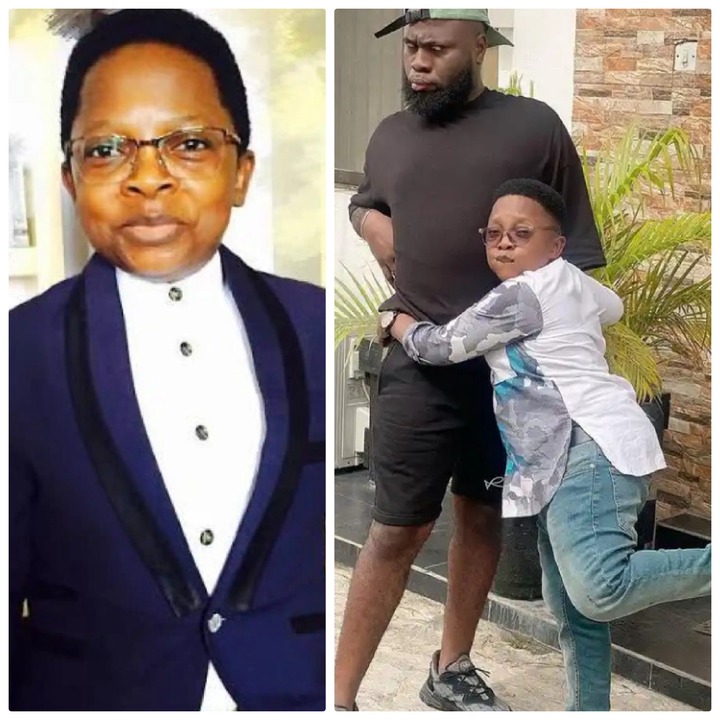 Nollywood pint size actor, Chinedu Ikedieze, has decided to make his fans laugh as he shares cool photos of himself and comedian, Elenu as they strike a pose together which has made his fans, including colleagues like Ada Ameh and Broda Shaggi to react.

The talented Actor shared the hilarious photos on his Instagram page and wrote;

"This guy @lasisielenu sense of humor is second to none. He is a bunch of talent and very very witty." 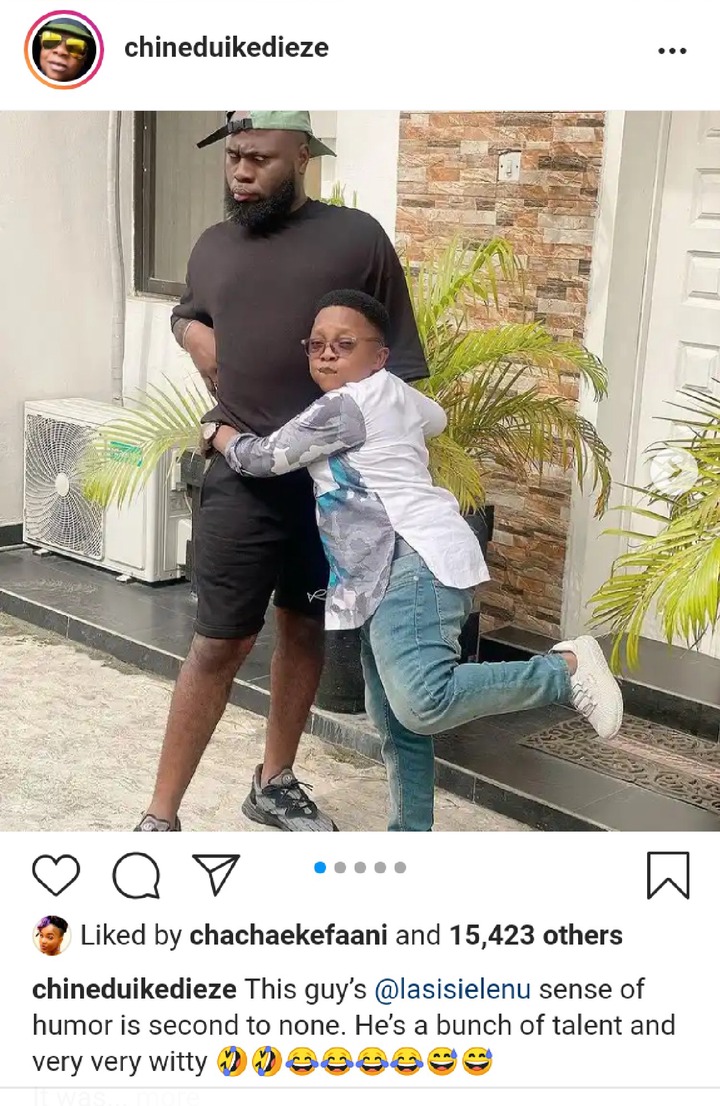 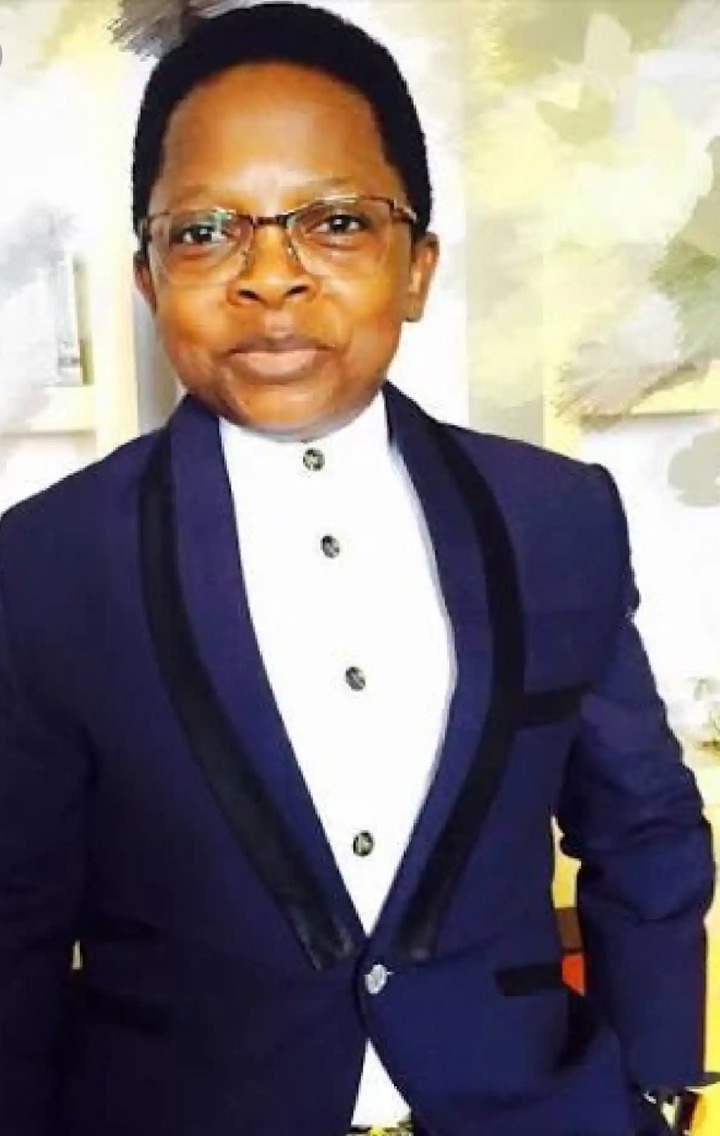 Chinedu Ikedieze, 43, who is popularly known as "Aki" is indeed in the mood to make his fans crack up in laughter, as he shared the photos of himself and the very popular online comedian, Lasisi Elenu who is an extremely funny and famous comedian, whose comedy skits are watched by millions on the internet. The gifted Actor decided to strike a pose with the comedian which has sparked reactions as it's obvious they want to do a comedy skits together. Ikedieze who is also known for his comedy roles in the movie industry popularly known as Nollywood, sure knows how to also make people laugh too. If they team up to do a comedy skits together, it will be as funny as hell if you ask me. The actor's fans including her colleague in nollywood, Ada Ameh and fellow comedian, Broda Shaggi have all reacted to the photos he shared.

The Abia State born actor has really come a long way in Nollywood since he became popular after acting in his breakthrough movie " Aki na Ukwa" with fellow small statured actor, Osita Iheme in 2002. He has made an impact in the movie industry acting in over 150 movies in a career spanning over 20 years. His contribution to the movie industry gave him the recognition he deserved as he was awarded the Lifetime Achievement Awards in 2007. He was also specially honoured with the Order of the Federal Republic (OFR) by the then President of Nigeria, Goodluck Jonathan for his contribution to the growth of Nollywood and the economy.

The phenomenon actor, had his tertiary education at the Institute of Management and Technology, Enugu (IMT) where he graduated with a Higher National Diploma (HND) in Theatre Arts and also furthered and graduated with a Bsc in Mass communication. 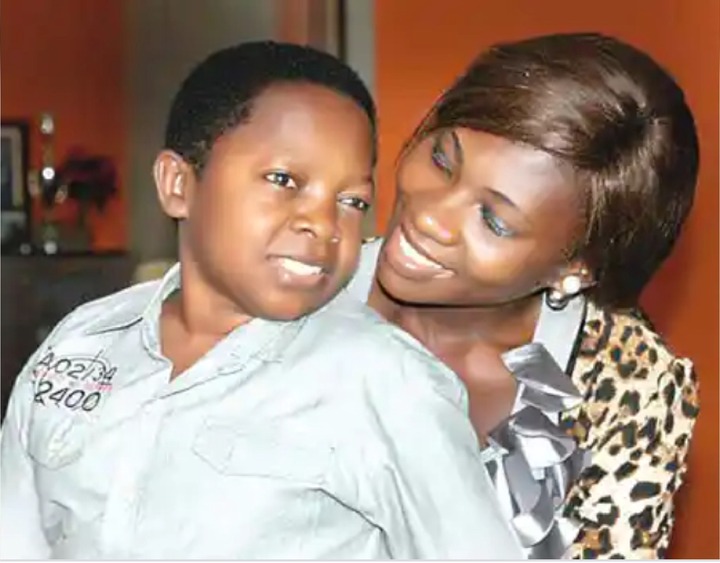 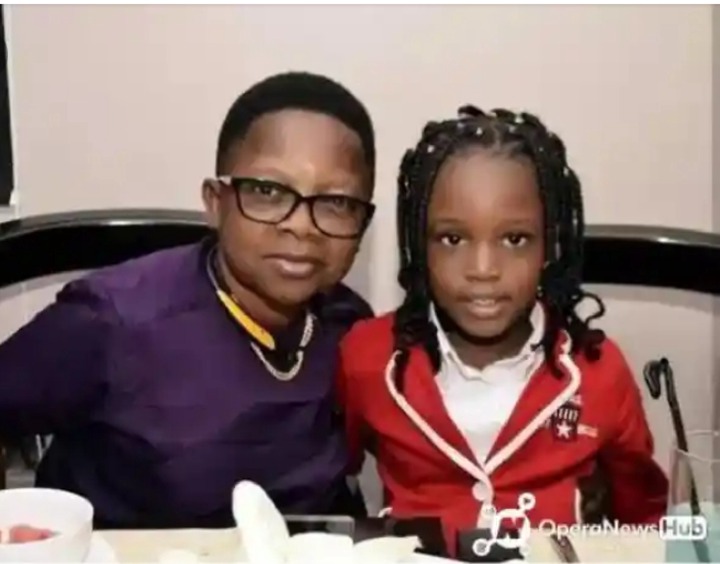 Chinedu Ikedieze, is married to his heartrob a fashion designer, Nneoma Nwaijah and they have a child together. 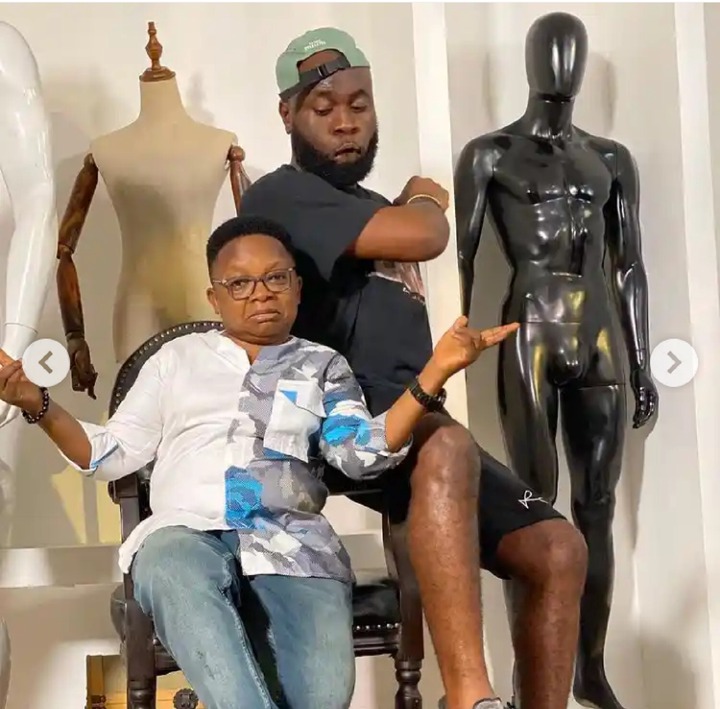 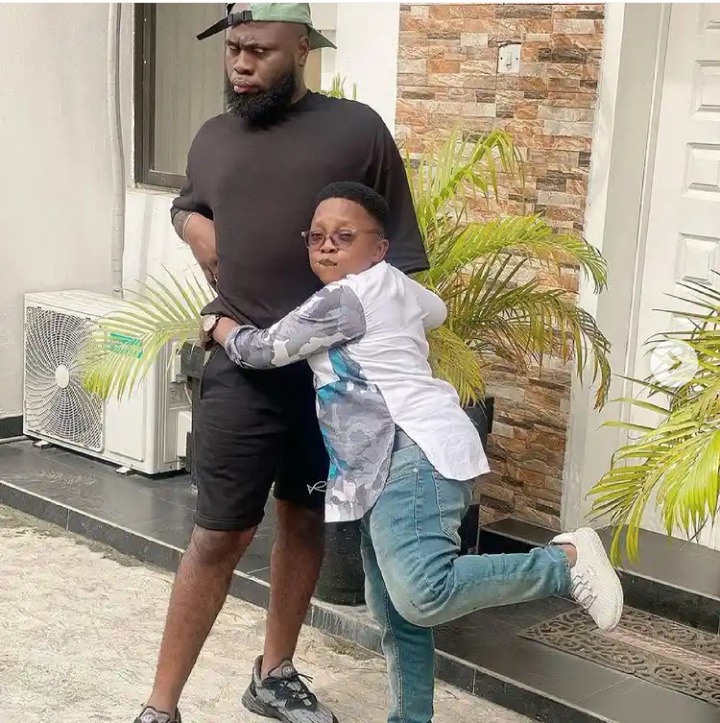 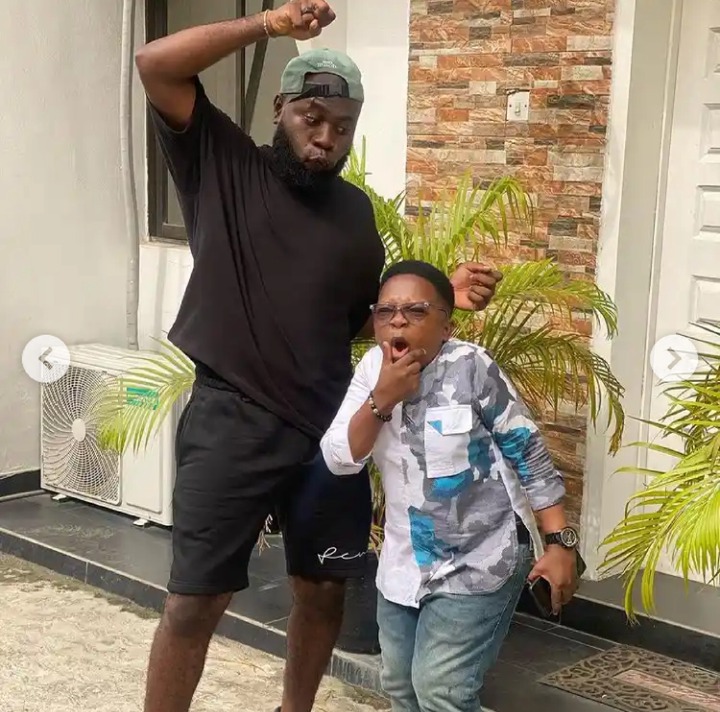 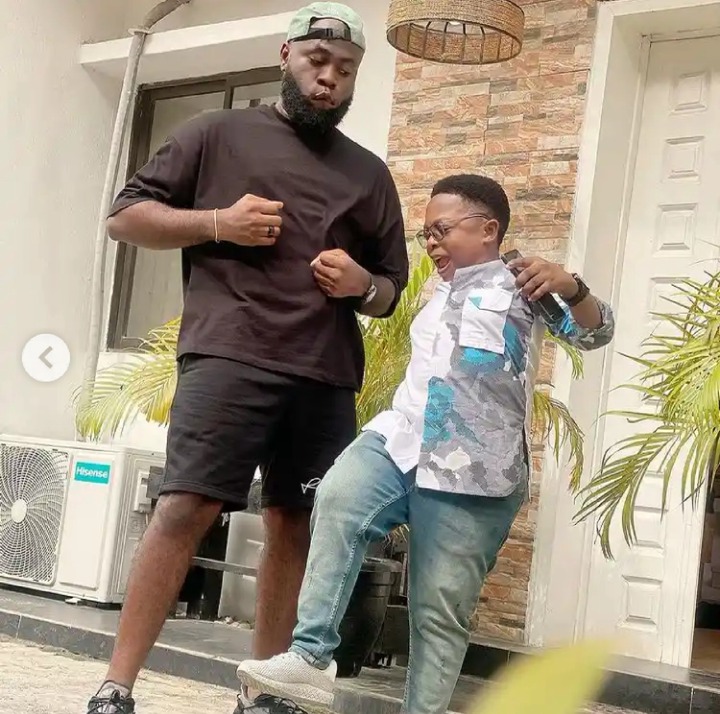 As soon as he shared the photos, his fans reacted including his celebrity friends. 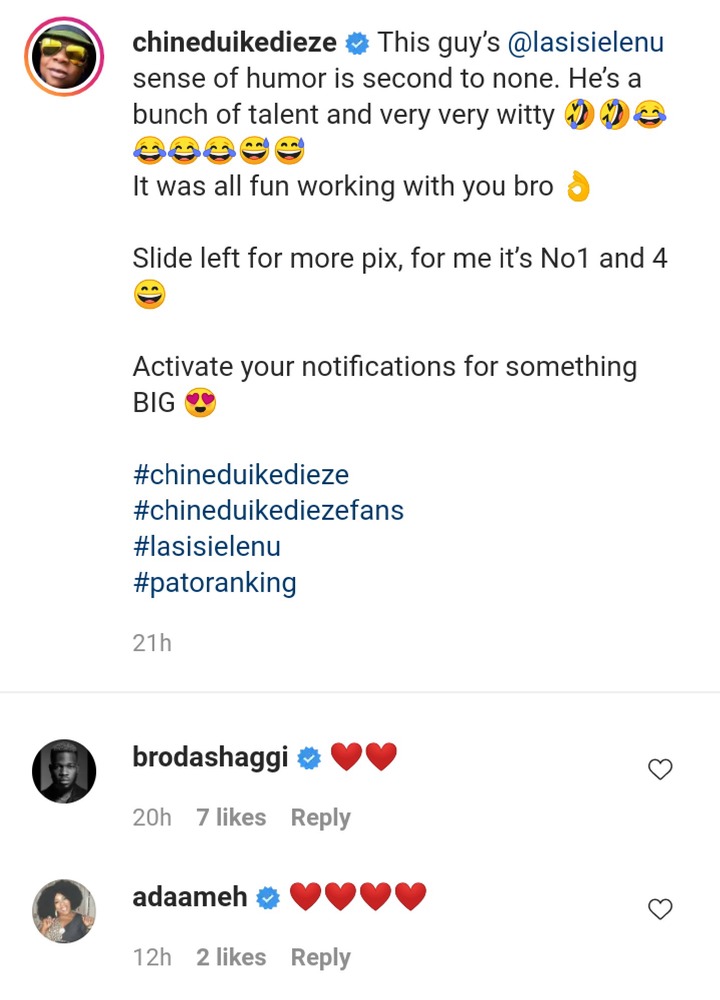 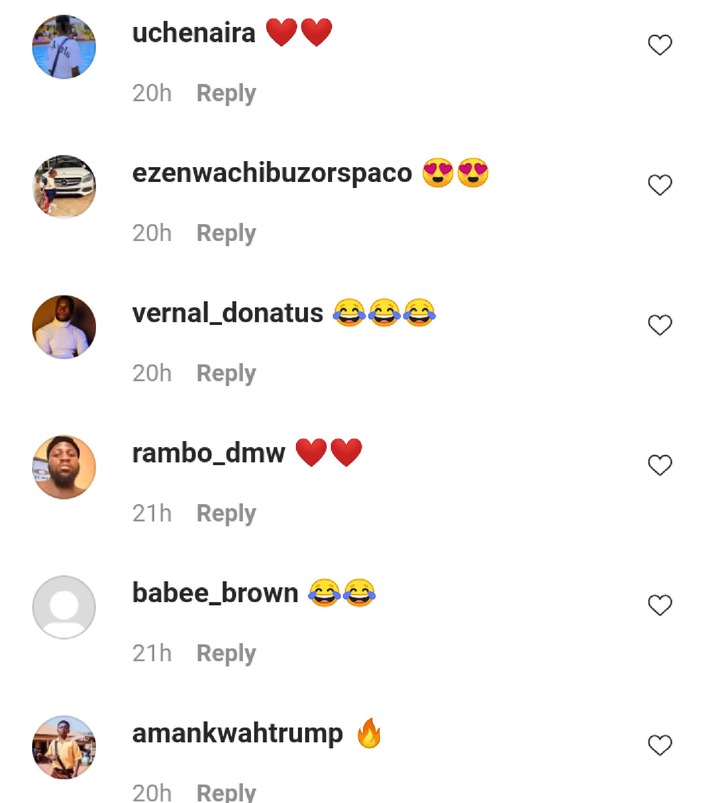 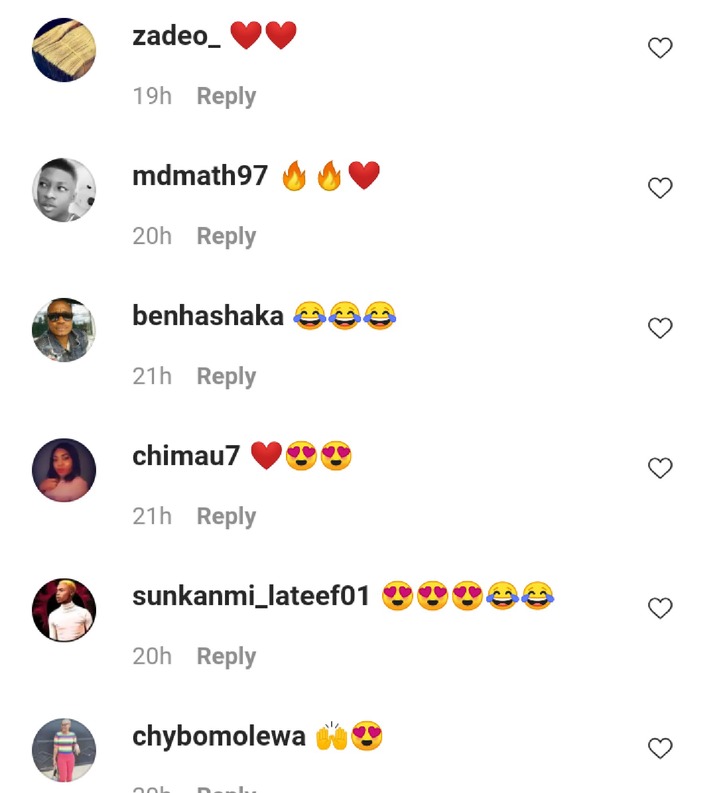 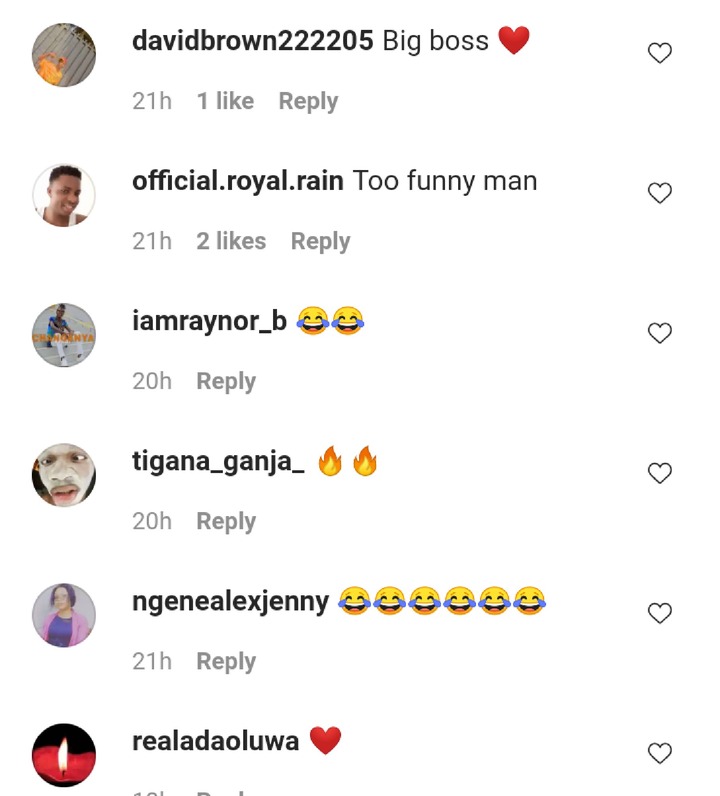 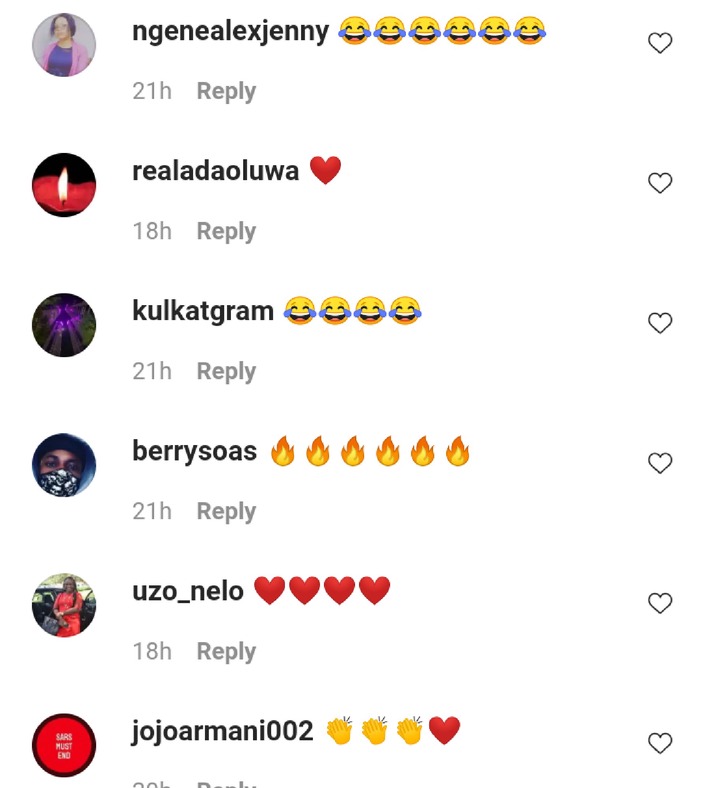 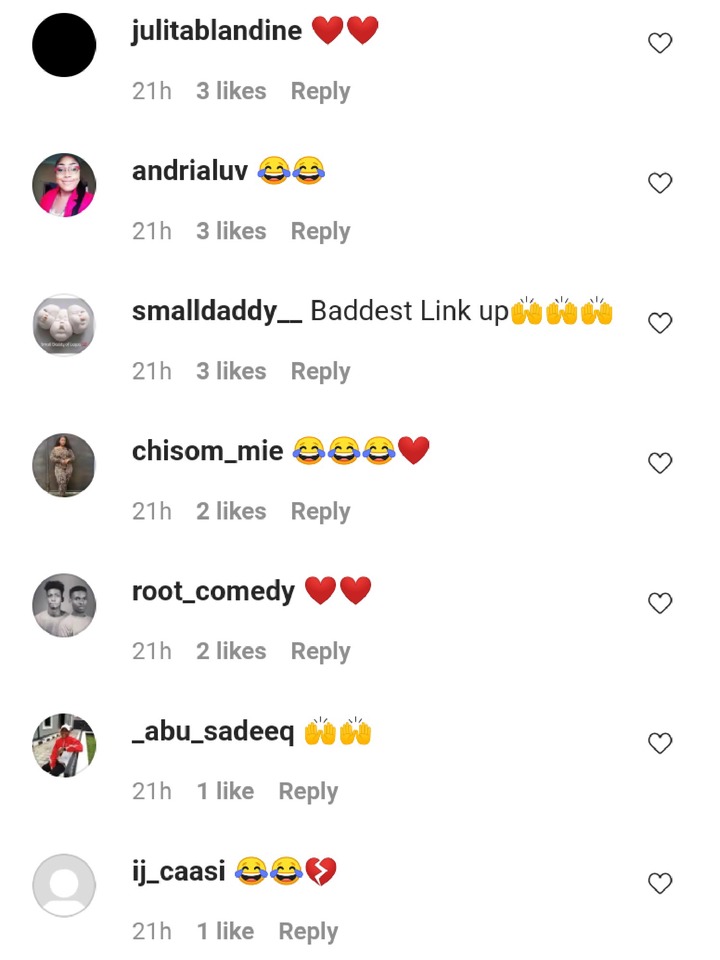 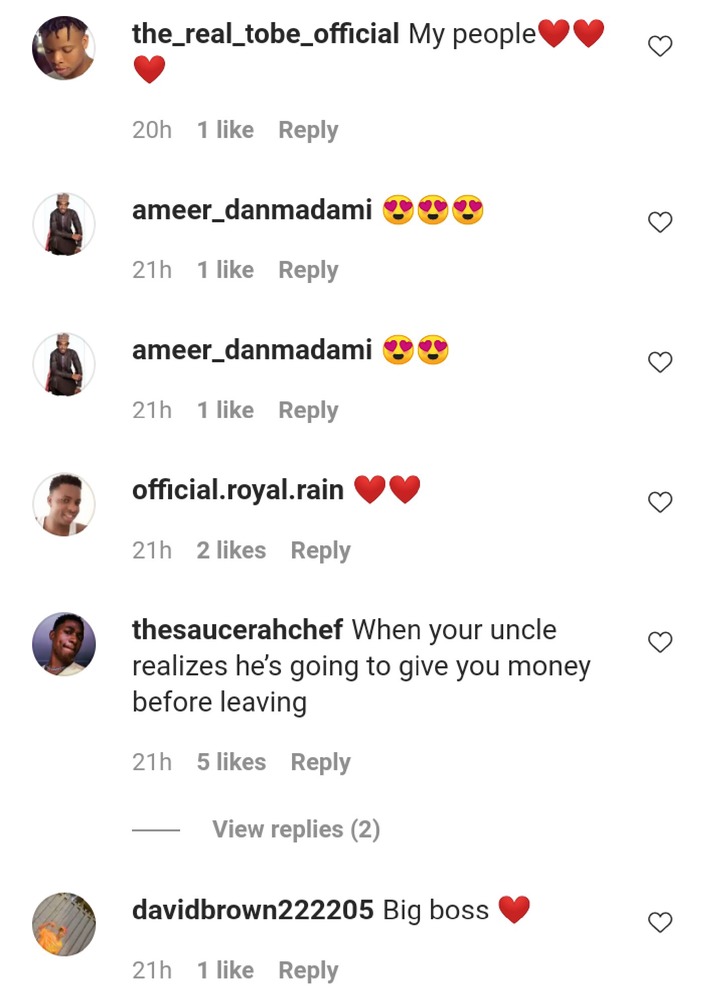 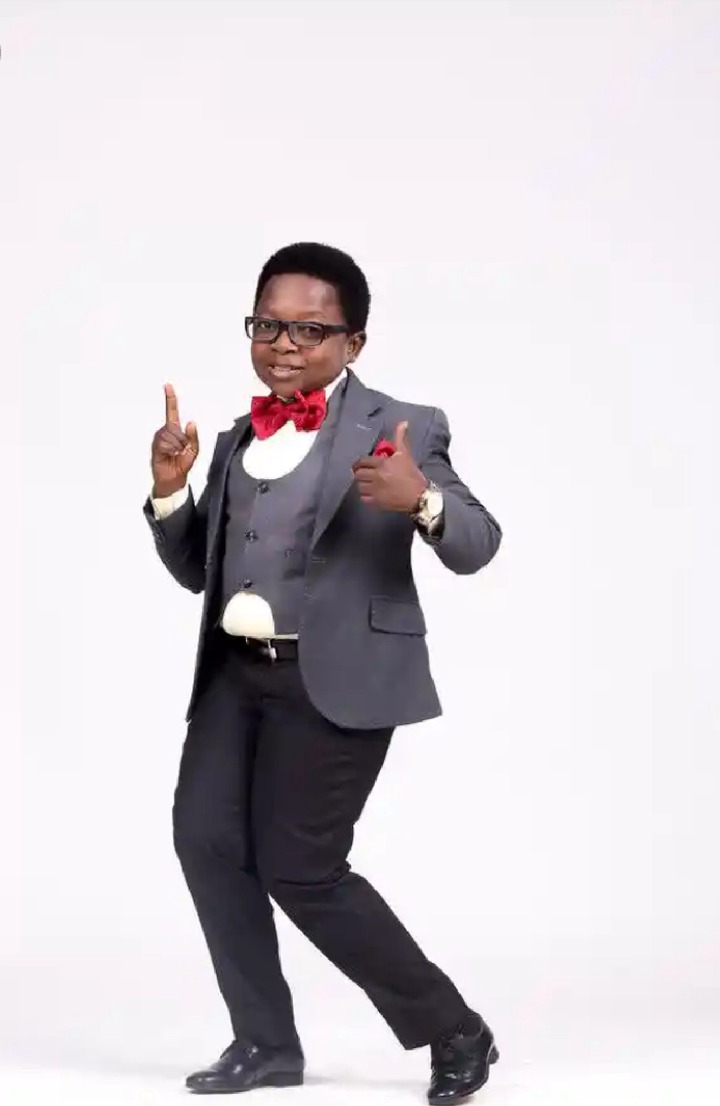 From the above reactions, his fans really love the collaboration. I would love to see them pair together to give us something to laugh about, as they are both funny in their own ways.