iphone Is Overrated: People React After Korede Bello Says He takes His photos with An Android Phone

By Vickyokoto (self media writer) | 1 year ago

Korede Bello is a Nigerian Singer and Song writer. He signed a record deal with marvin records 2014. Korede was born on the 29th Feb 1996 in Lagos State Nigeria. He started performing at the age of 7. He became popular after he released his hit single "Godwin", a semi-gospel and pop song. 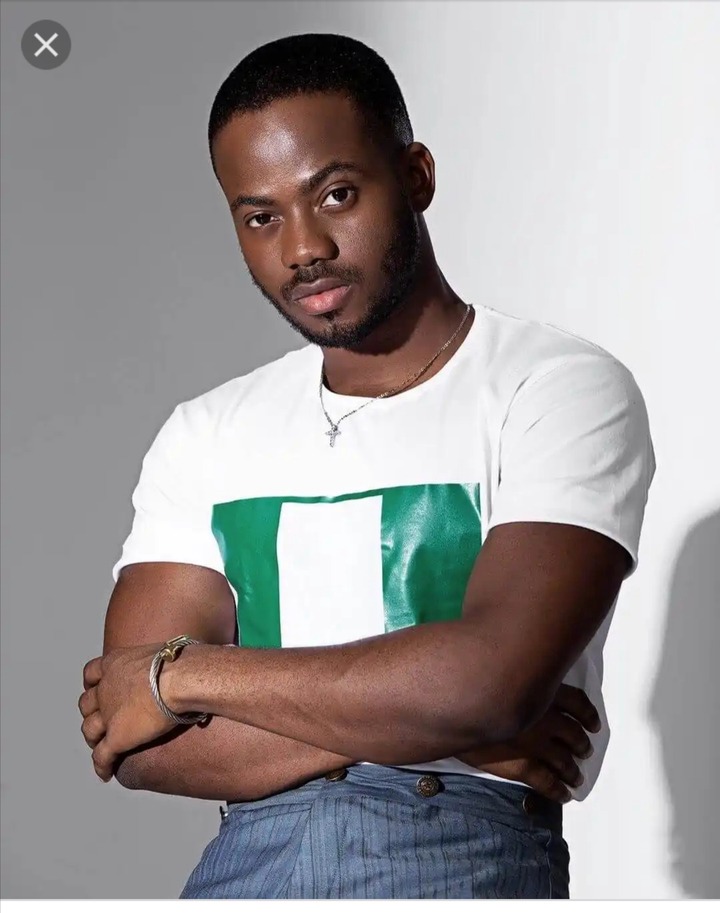 Korede Bello is one among the few celebrities who likes a quiet and a simple life. I really do admire his person as he is humble to the core. With the way he has grown in the industry one can simply tell that he is an introvert, noise making is not his fancy. 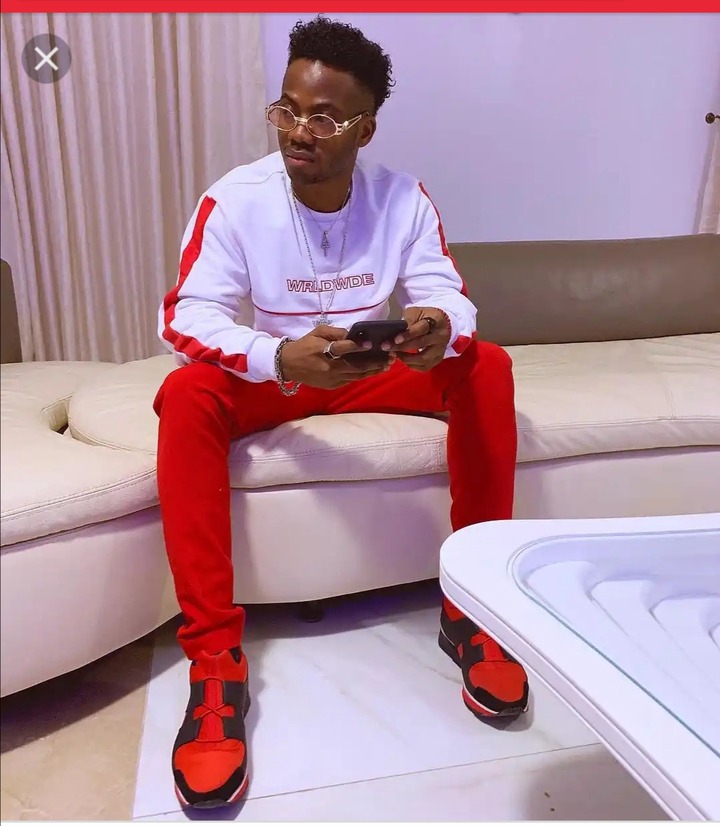 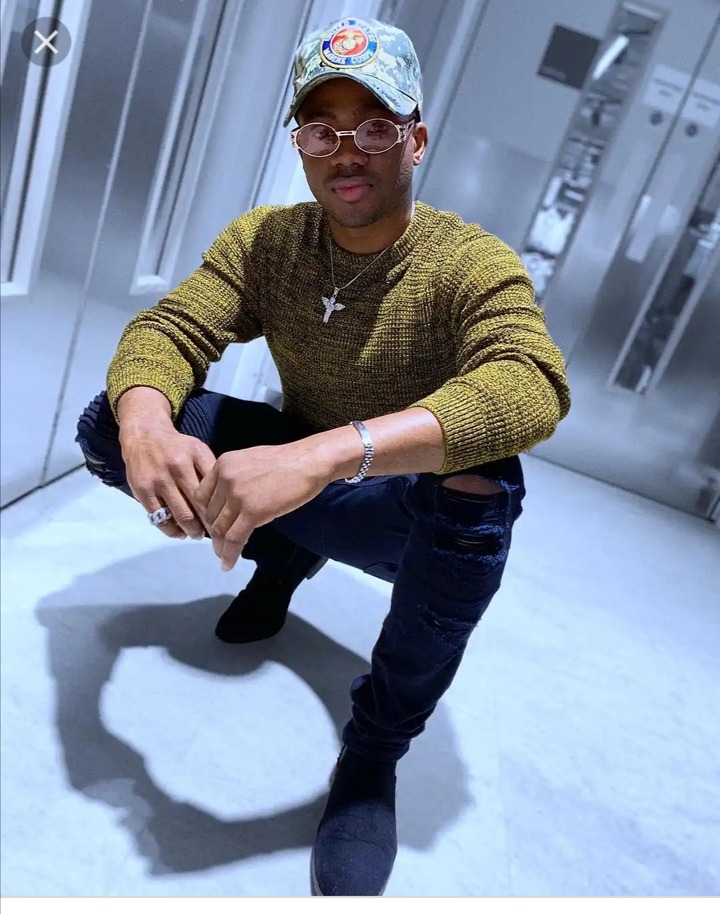 Recently he broke the news to his fans that he has been using an android phone to take his pictures and that it's really cool, he went further to say that he will not tell the name of the brand until they call him. This generated mixed reactions from some fans while others praised him for his love for android phone as most people believes iphone is the best but he on the other hand has come out to hype android, as a celebrity, to some people it's expected of him to use an iPhone and not an android 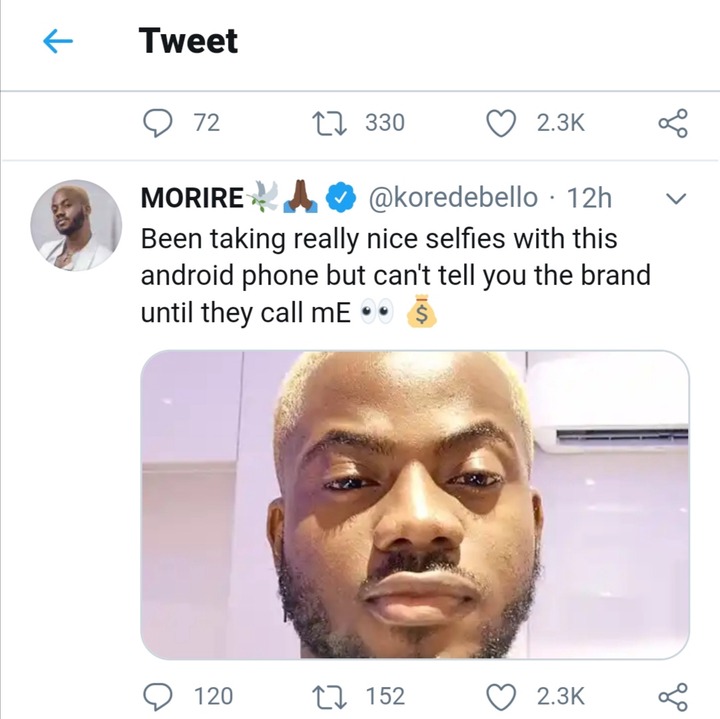 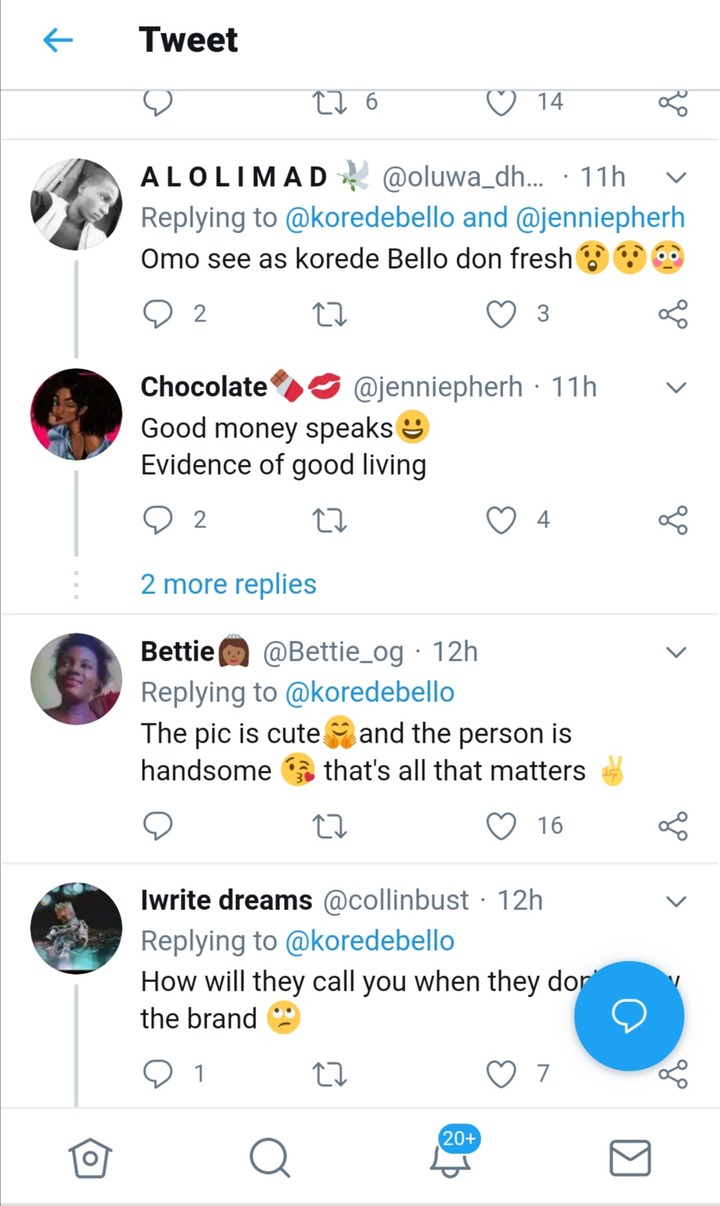 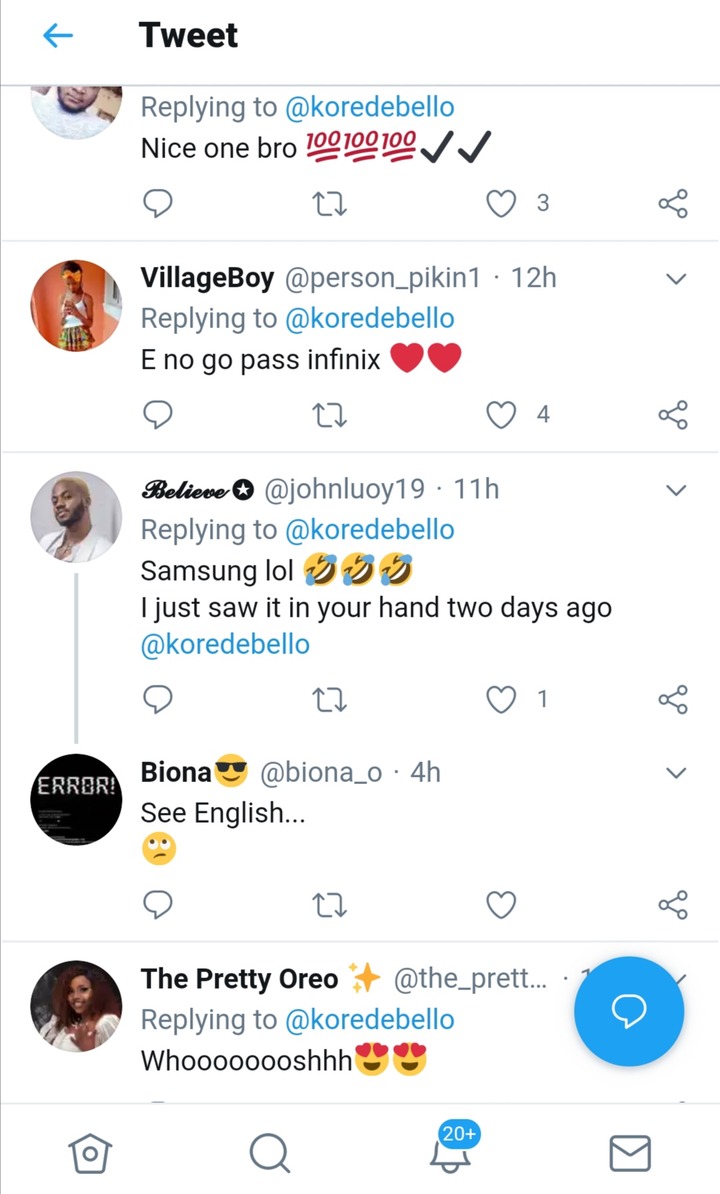 A fan who goes by the name Popdaddy retweeted:

IPhone is just overrated.... Android is the main deal... It has so many features unlike iphone. 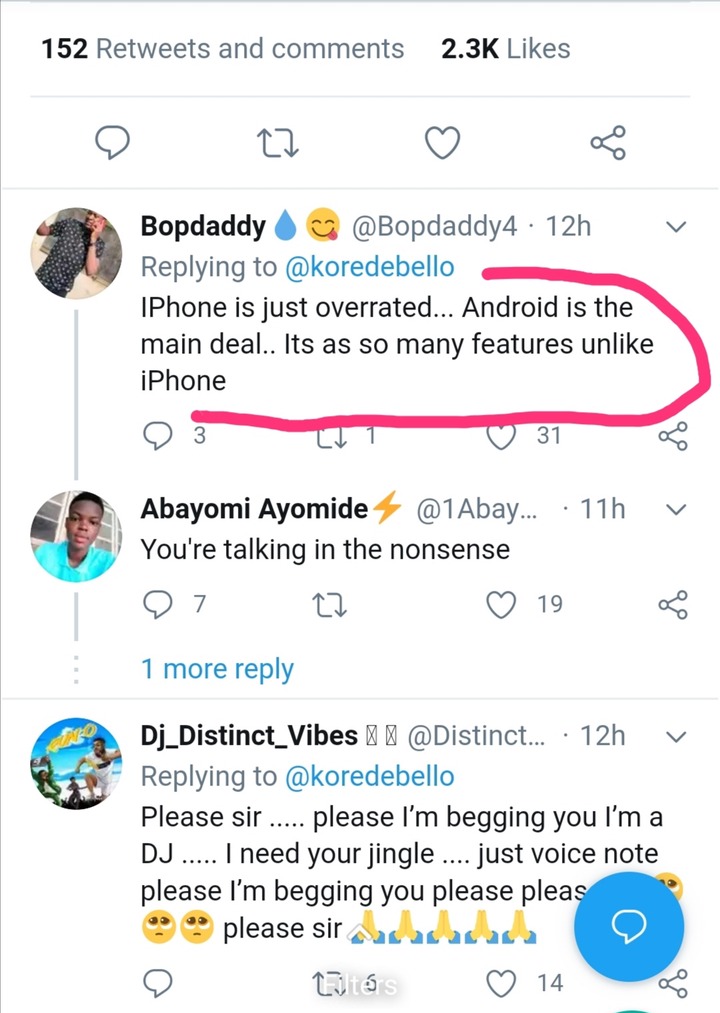 Well, it is no longer a news that some Nigerians in Particular see iphone as an achievement, i mean when did we get here? Yes it is not a denial that iphone is good when it comes to picture quality they are top notch and most vloggers prefer to use an iphone to shoot videos not that they can't afford a camera but iphone has this feel it gives, even in the industry film makers use iphone to shoot a complete movie. But what makes me stunned is how most young people kill for iphone like it's an achievement, in this present time when u step into an occasion the first thing people will want to confirm is whether you are using an iphone, i mean how did we even get here? It's bizarre. You will see a teenager saying he/she is saving just to get an iphone, i mean what they heck do you need an iphone for when you should be thinking of how to make good grades, people have gone bankrupt because of iphone. Don't get me wrong I am not against people who can afford an iphone, as a matter of fact if you can afford it then it's a go getter, but if you can't simply go for what you can afford. So many relationships have broken because of the urge to get an iphone. Now you can see for yourself that some celebrities uses Android phones, they even go as far as to hype it. The truth of the matter is some android phones have very high and good camera quality. Settle for those ones when you can afford an iphone then you can as well go for it. It's not a do or die affair, and i think people should also stop antagonizing celebrities who actually appreciate android phones.

Do you think iphone is just overrated?

Please, drop your comments lets know your take on this.

Content created and supplied by: Vickyokoto (via Opera News )

For Guys: 5 Things Women Do When They No Longer Want To Be With You

Dear Women, Here Are Signs A Man Is Not Into You

Opinion: The Raid On Bandits Camps In Kaduna Shows The Military Have Begun To Take The Fight To Them

4 Medical Examination You And Your Partner Need Before Marriage