By Trendylassie (self media writer) | 4 months ago 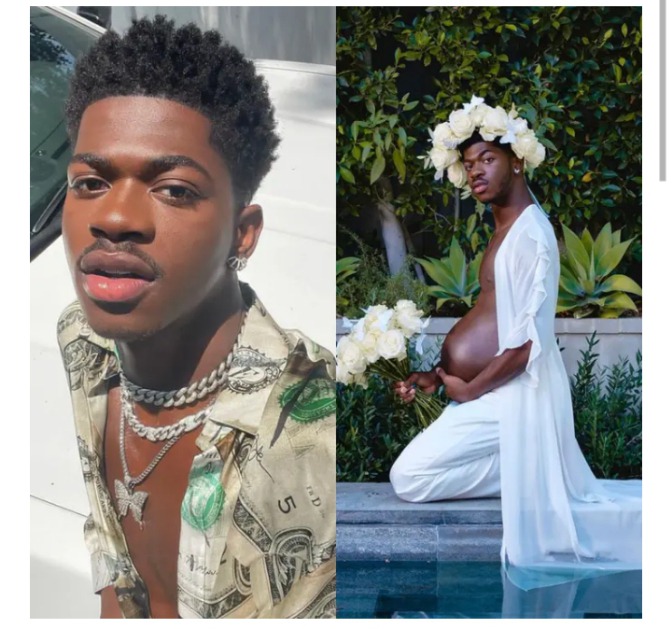 Popular American rapper Mantew Lamar Hills, who is popularly known as Lil Nas has taken to social media to reveal that he is expecting a baby.

Normally, people will think that the baby is to be delivered by his girlfriend or wife but the pictures that came with the post showed that it was Lil Nas that is carrying the foetus.

He went as far as taking a photoshoot with a white revealing mesh gown and flower on his head and hand. The caption of the post reads "I can't believe I'm finally announcing this. My little bundle of joy "MONTERO" is arriving this month of September". He added that the date due is the 17th of September 2021. 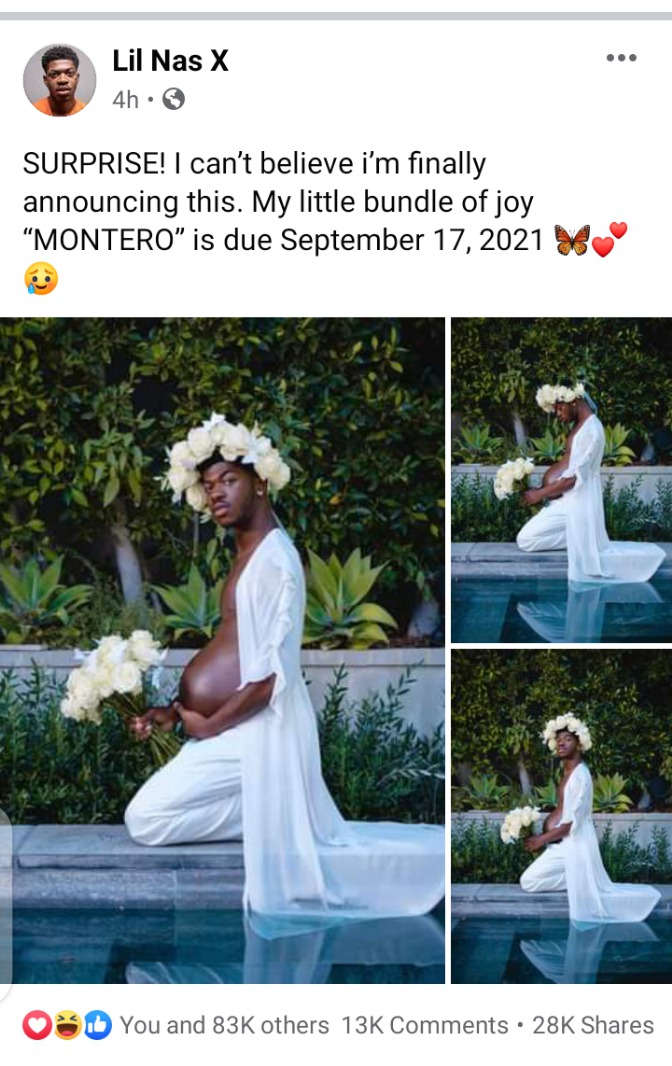 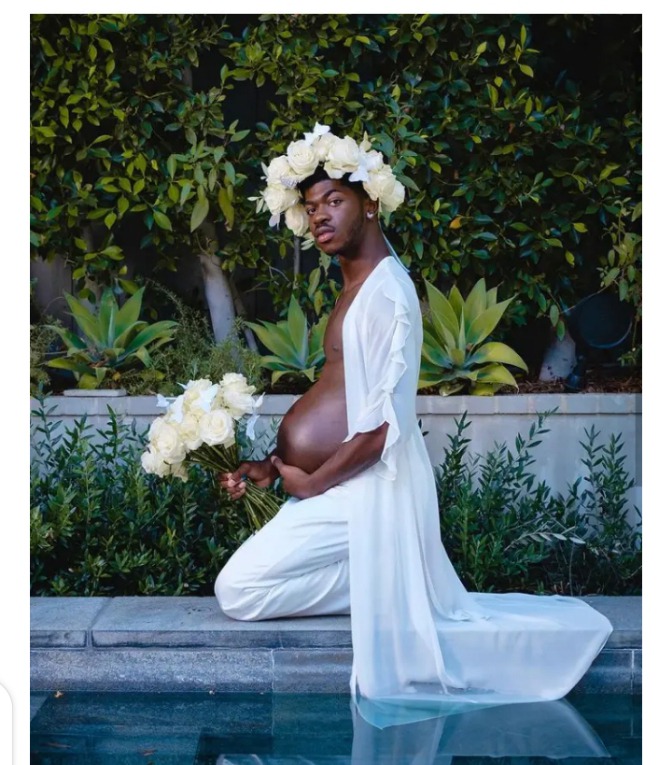 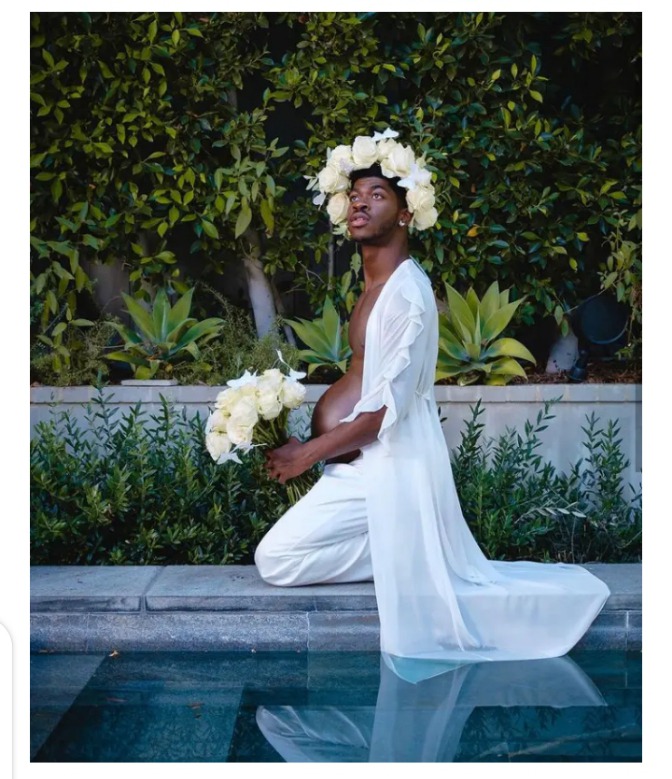 Pregnancy comes with the joy of expecting a child but it is very obvious and a known fact that men cannot conceive. His fans did not hesitate to comment on the pictures which he shared both on Instagram and Facebook. Many of them jokingly congratulated him because they assume that he is just joking and wants to create Controversy on social media.

Check out their comments below. 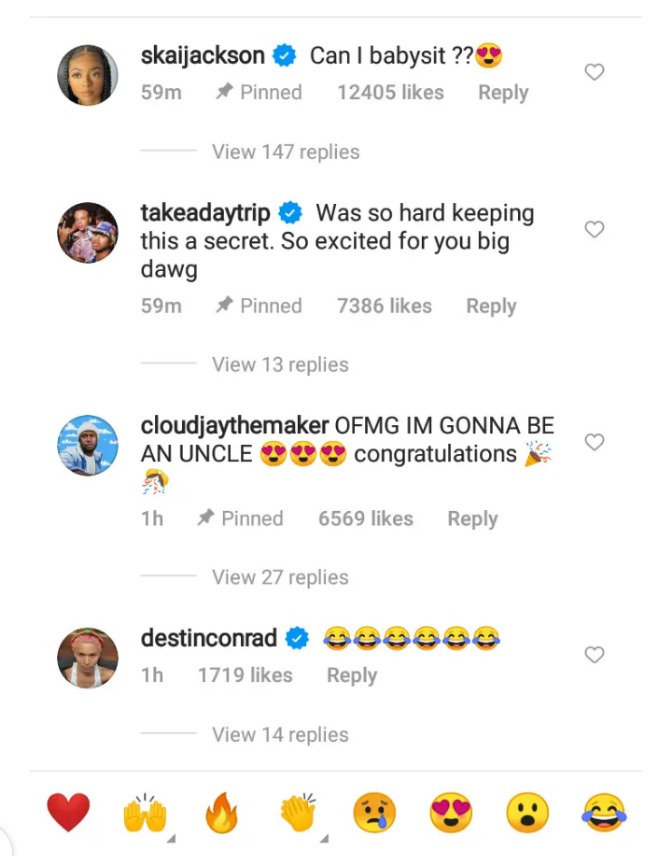 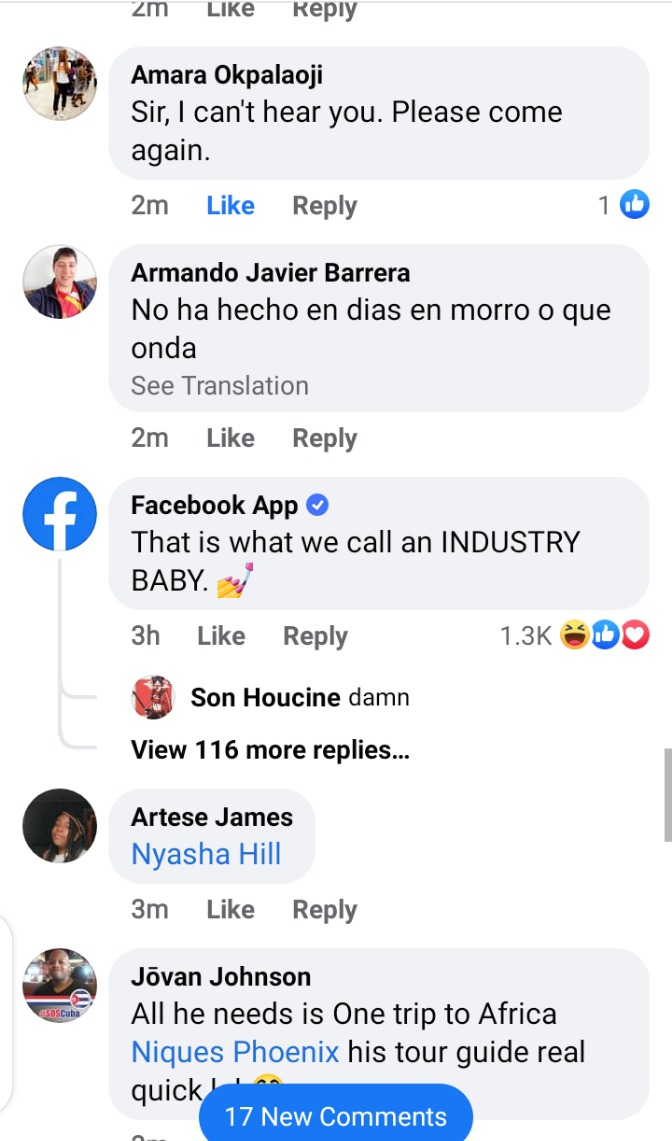 For the rapper to say that he is expecting a baby by September implies that he has been pregnant for 8 months now. Recall the post he made ending last month on the 26th of August 2021. From the video he shared that day, it could be seen that the young rapper is not pregnant and there is no baby bump. This post came after he announced his next album "MONTERO" which will be released on the 17th of September 2021 the same day his supposed pregnancy should be due. 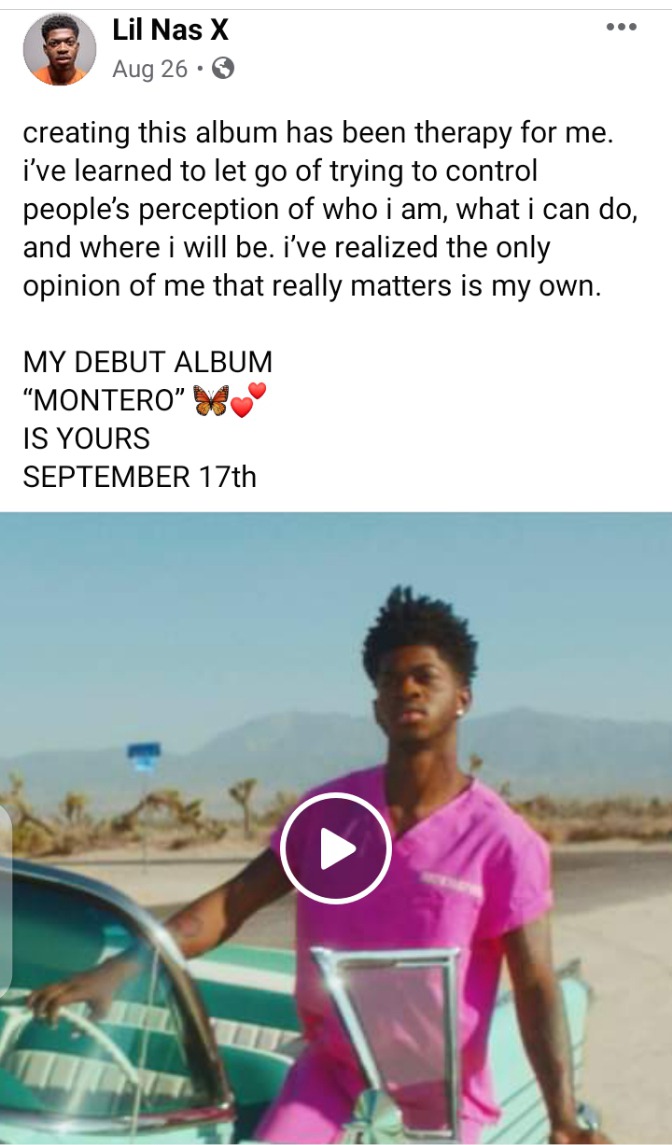 It is quite obvious that the baby Lil Nas was talking about is his album "MONTERO" and the photoshoot was just to amuse his fans.

Content created and supplied by: Trendylassie (via Opera News )