"I Did It Due To What Happened On October 20, 2020"- Model Who Held Blood-Stained Flag Speaks Out 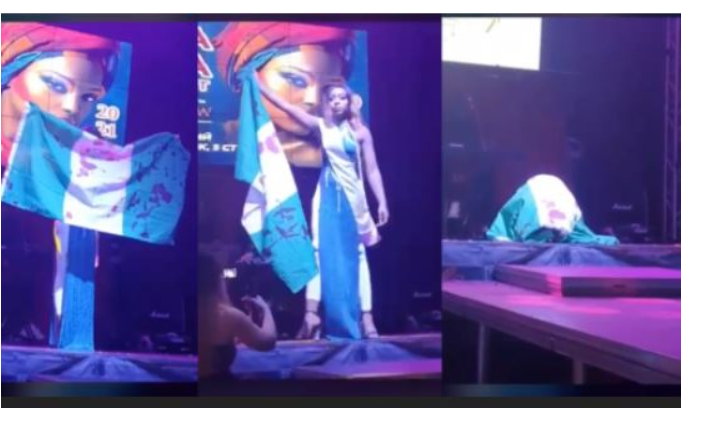 Following a viral video on Tuesday when a Nigerian model was seen holding a red-stained Nigeria flag at a pageant in Moscow, Chiamaka Udeh, has finally spoken out.

Chiamaka Udeh is a beautiful Nigerian model who displayed a blood-stained Nigerian flag while walking the Miss Africa Russian runway. Her actions have received much critics while some commended her for bravery.

One of those who faulted her act was a lawyer, Susan Henshaw, who said she wanted to cheat her way through the competition by effecting sentiments and playing on the emotions of the judges.

The Lagos-born model from Anambra state has now justified her actions. She said it was never her mission to tarnish the image of the country. 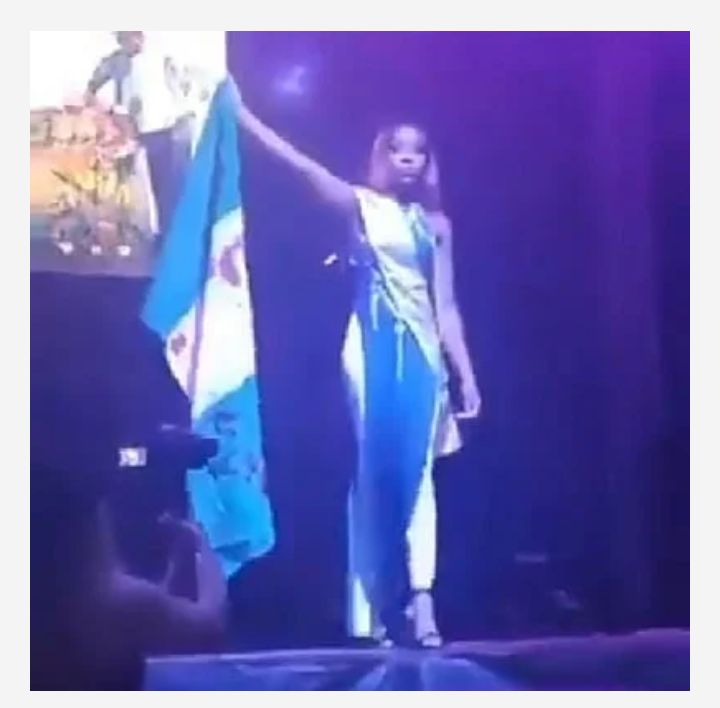 Quoting parts of her words directly, she said, "What I did was actually from my heart. I did it myself; no one told me to. It was a competition, a platform that was given to me. I used that platform to create an awareness of what is happening in Nigeria.

“I did it due to what happened on October 20 [2020]. I also did it because of the recent happenings now in Nigeria. It was basically to tell the world that we’ve not forgotten our fallen heroes, the Lekki protesters who died. 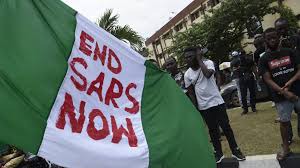 The model added that it was done to portray the killings, and other insecurity crises the country is facing. Furthermore, she said that it was just her thought for her to dress as a nationalist, and because of her actions, she has received a lot of threats and insults. She concluded that while her message got to many, it's not up to her for those that didn't get it. According to her, all she did was to create awareness that the country needed help. 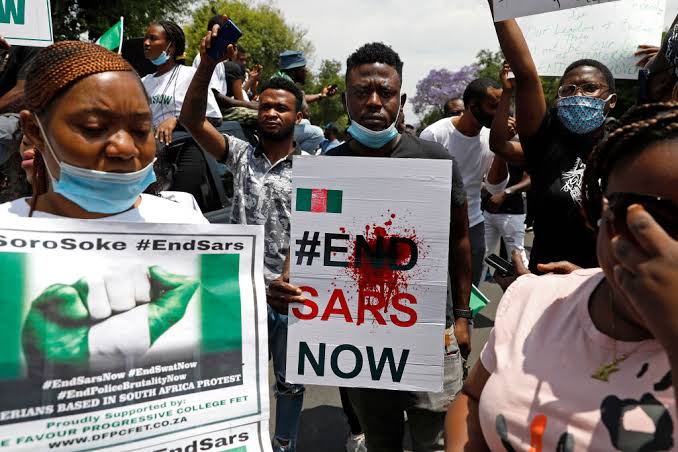 A memorable way to honor the fallen heroes that died during the #ENDSARS! It is also glaring that the country has not won the fight against terrorism.

6 Reasons Why Women Cheat In A Relationship

2 Reasons Why Cheat Meals Are Bad For Weight Loss.