See What Afeez Owo Said About Mide Martins, How They Met And How Their Relationship Has Been (Video) 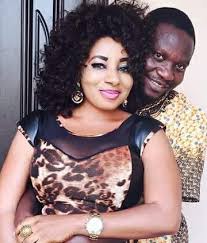 Recently, in a new interview the Nigerian actor, director and film producer, Afeez Owo talked extensively about how he met his wife, Mide Martins and how their relationship started.

In the interview, he spoke thus: " I met Funmi Martins when she was planning to produce her first movie which was titled " Pelumi" it is in the Film that Sikiru Ayinde Barrister acted for the first time.

I co-ordinated the film while Adebayo Salami directed it and it was successful.

We were planning the second production which was titled "Ida Oluwa" when Mide returned from London, although her mother has been telling me about her, that she resides in the UK.

One thing I noticed about Mide was that she was full of coyness; thus it was difficult for her to mingle with people around, especially when she is in the gathering of many people she would leave such place and seclude herself in a quiet place, but she always wants me beside her.

During the period that Mide returned from London, we were just friend, we never dated until when I experience a jilt.

It happened that my fiance was studying at the college of education in Osiele when I was chosen as a co-ordinator for a new film by Ojopagogo which was slated for the Valentine period that year.

Before that time, my fiancee had called me maybe I'll check on her during that time and I told her I won't have a chance.

After my conversation with my fiancee, Mide suggested I should just call her and informed her we are coming since we are to pass through Abeokuta to the location.

At last, I succumbed to the idea, but I resolved to make the plan a surprise to my fiancee.

However, something disappointing happened when we got to my fiancee school.

As we enter my fiancee hostel, we met her closed friend who urged me to come and see something for myself.

On getting to her apartment, we met the door locked, so we knocked, but she did not open at once, instead, she asked who was at the door, but it was her friend that answered.

Thus, she opened, but she was perplexed to see me and Mide. 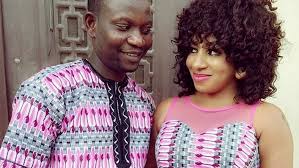 On entering the room, I saw someone on the bed covering his face with the bedsheets.

Mide had understood the drama, and she excused herself, but my fiancee went after her.

I couldn't wait, to see what was happening, immediately she went out, I went to uncover the bedsheet from the face of the unknown person, but surprisingly it was a brother whom I respected a lot on her campus, just imagine someone I used to buy things for whenever I visit her.

Anyway, I managed to yanks it off because life must continue.

I have to stay away from women afterwards because I can't bear what my fiancee did to me, so I stayed for a long period without dating any lady.

Fortunately, what happened to me, happened to Mide too as her fiance in London jilted her too.

After we both experienced a jilt, we now became more closer to the extent that people began to spread rumours that we were dating, later our intimacy resulted in a relationship.

That was how our journey to marriage began, but Mide's mother died afterwards and it was the death of her mother that brings Mide into the limelight fully.

It happened that, there are some scenes that her mother did in our last movie, and the scenes had continuity which requires when she was young; since Mide and her mother had a striking resemblance we had to use Mide to replace her that was how Mide started acting fully." 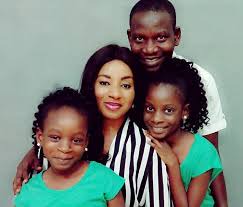 Subsequently, he concluded that in whatever we are doing, we should be patient that there is not like being patient, had been that he was not being patient their relationship may not last till this moment because there are many odd experiences after they got married but they are still managing to stay together till now.

Note: The interview was conducted in Yoruba language