Taking your clothes all off in a film used to signify the end of an acting career. Famous actors steered clear of baring it all while lesser-known performers were free to do the scenes and maybe even make a name for themselves for doing it. Today, that has all changed and some of the most well-known actors are not only showing a little skin but going all the way, leaving absolutely nothing to the imagination. 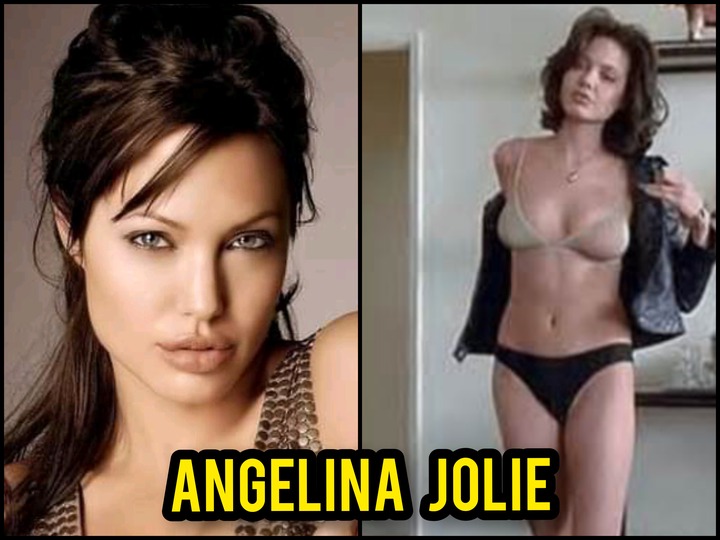 Angelina Jolie has become a UN ambassador, philanthropist, mother of six and still manages to not only star in films but direct them as well. Angelina Jolie is a household name with her first two Golden Globe wins, one for George Wallace in 1998 and the next for Gia in 1999. It was in the movie Gia that Jolie stripped down completely. In the film, Jolie plays real-life model Gia Marie Carangi, a troubled woman who gets involved in drugs and promiscuous s£x. The film is devastatingly sad and it's no wonder that audiences applauded Jolie's performance. One of the reasons Jolie's performance is notable is because of the much nudity involved as she plays the role of Gia. Gia Marie was bashful about her body and Jolie portrayed that perfectly in a photoshoot scene and a truly intimate s£x scene with actress Elizabeth Mitchell.

2. Scarlett Johansson (Under The Skin Movie) Scarlett Johansson is one of the hottest female actors and she has acquired plenty of admirers for her talent and voluptuous appearance. After years of avoiding nude scenes, Scarlett finally showed audiences her strip features in the film Under The Skin. The science-fiction film stars Johansson as an extraterrestrial who takes the form of a human and seduces men. Johansson was not sure she wanted to go nude for the film since she never did it in the past. Her apprehension and fear subsided once she spoke with the film's director and understood the importance of her character being nude since her body is her enticement and weapon for the men in the film. Her decision to do the film was certainly appreciated by fans.