By Henry.erix (self media writer) | 2 years ago

Nigeria has been known for many great things and is known as one of the best country in Africa also containing the highest number of black in the world.

in our recent days Nigerian celebrities have been pushing forward to an incredible extent like wizkids he has his own day in the US called "Star boy day" him and davido have been making Nigeria known all over the world and now many Hollywood movie producer are willing to recruit Nigerian to act some of their movies.

This talented actor was born in 1962. He is of British Nigerian origin, like most of the actors in this article. The thing that attracts viewers to him is, undoubtedly, his unique on-screen voice. we He has starred in TV film "24: redemption", as well as the movies like "pirates of the Caribbean: At world's end", "Big fellas", " The Fourth kind", " X-Men originals: wolverine" , " Darfur", "girls soldier", and many others. he is also an etisalat ambassador.

He is an English actor who was born in 1979 to Nigerian parents. His outstanding roles include Xaro Xhoan the popular series "Game of thrones" and Samson in ministries " The Bible". he also had roles on other popular shows, notably "Doctor who". Nonso Anozie was featured in multiple Hollywood movies. He is an example of a Nigeria actor who reached huge success abroad.

This actor is relatively Young- he was born in 1992 he was born in London, in the Nigerian family. He first Rose to prominence in 2011 when he got a role in The sci-fi comedy movie "Attack the Block" in 2015, he received a role in the "Star wars": The Force awakens". This appears made him famous in Hollywood. He also acted in some other notable movies like "Half of a Yellow Sun" and "imperial dreams". 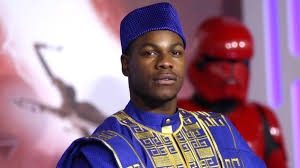 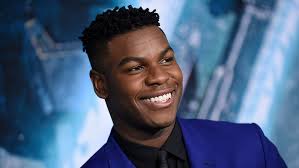 This a actors became successful in Hollywood and now Nigerian people are proud of them for showing our country in a good light. So what do you all think about this don't forget to like, follow and leave a comment on your opinion.