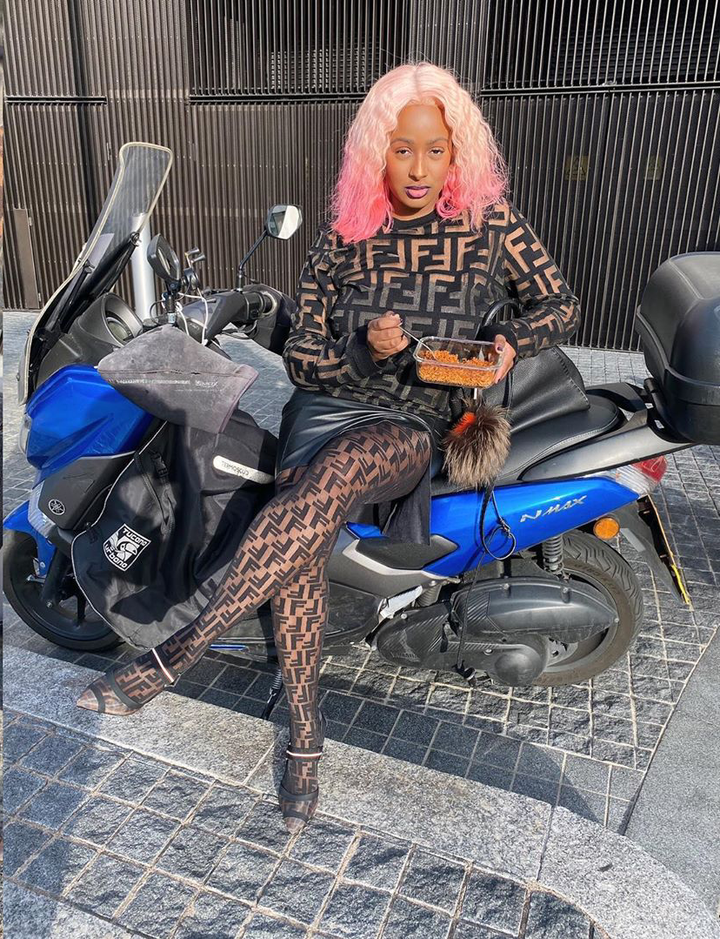 DJ Cuppy have established herself as or of the most celebrated female DJ in Africa. She has continued to showcase her undying love for music and her willingness to do her best when it comes to dropping amazing songs. DJ Cuppy has also kept her fans and followers very busy in various social media platforms.

Some few days back, DJ Cuppy released her much anticipated new track named "Jollof on the jet". The song features Rema and Rayvann. After the release of the new track, DJ Cuppy became as creative as usual by posting some of her amazing pictures, and also engaging her fans to participate in the Jollof on the jet challenge. In one of the pictures she released, DJ Cuppy was wearing her Fendi designers while sitting on a motorcycle with a plate of Jollof rice. DJ Cuppy also posted another picture where she had a funny look on her face. In the pictures, DJ Cuppy wore her favorite pinkish hairstyle. DJ Cuppy is certainly having a lot of fun as she prepares for the release of her new album. 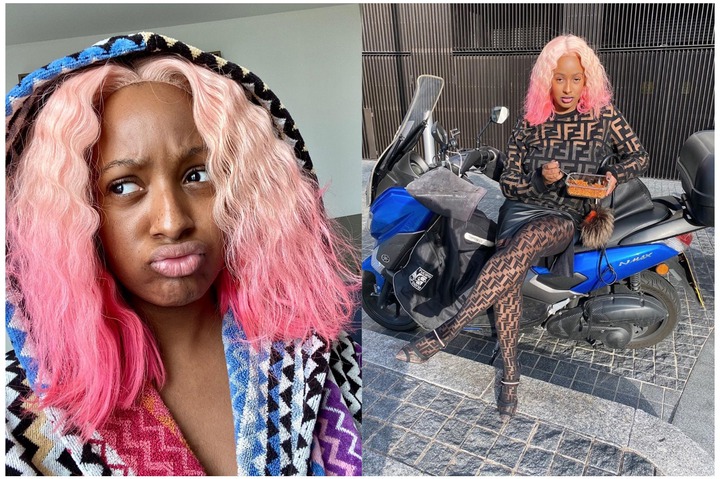