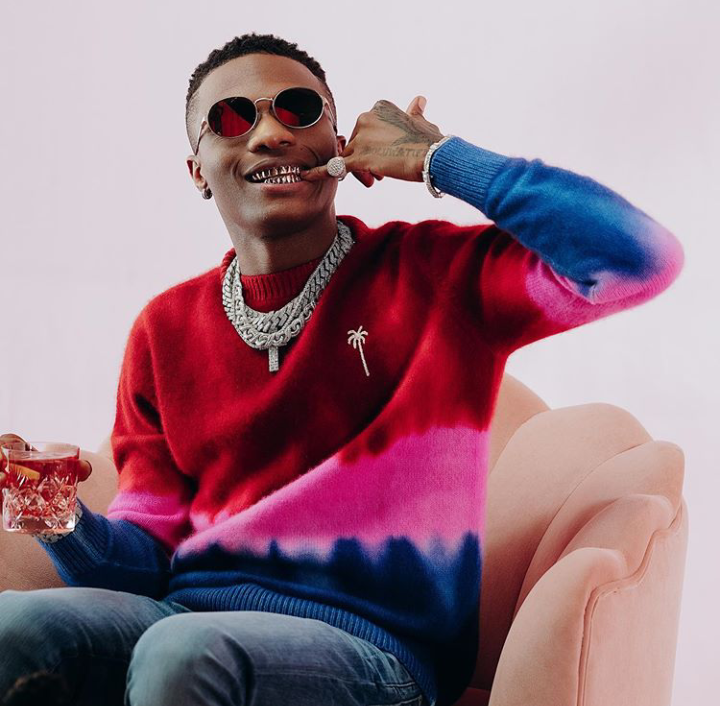 Nigerian and international singer Wizkid has set a new record in Africa, after his record label song Soco becomes the first label song to be certified Gold in Canada. Soco was released 2 years on February 20, 2018, and the audio becomes the most viewed audio song in Nigeria on YouTube. It later went on to have over 200 million streams on all musical platforms, making it one of the most-streamed songs in Africa and also that most-streamed song that was released by the label. 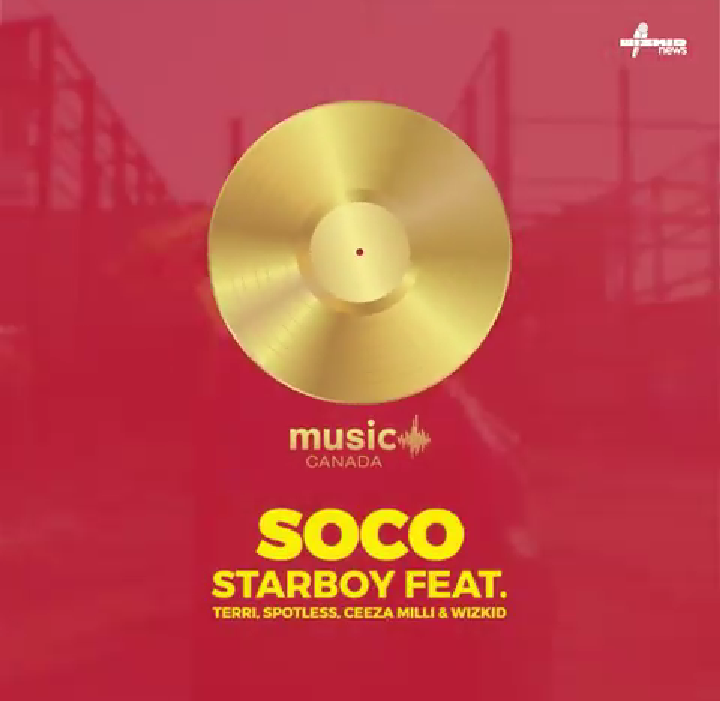 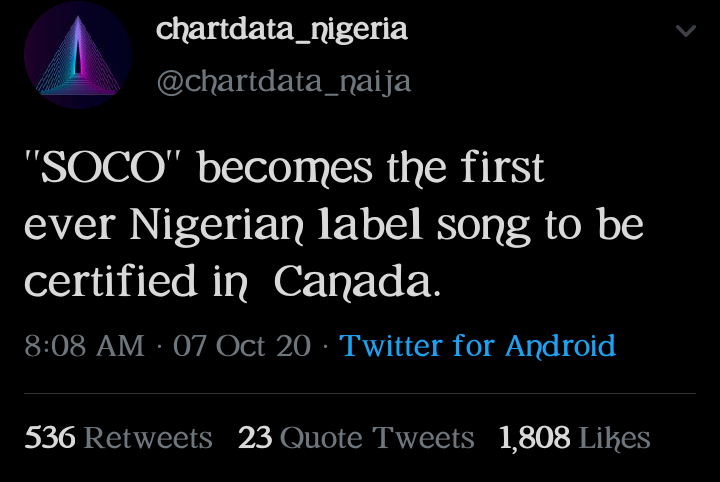 The song featured, Wizkid, starboy Terri, Cezza Milli, and spotless, when it was first released many people criticized the song, as they complained that repetition was many in the song, but it didn’t take too long before it was confirmed a street jam and went on to become the most-streamed audio song on YouTube by any African record label. The song “Soco” has sold over 40,000 units on the canada music chart and that gives the song a good certification in the country. 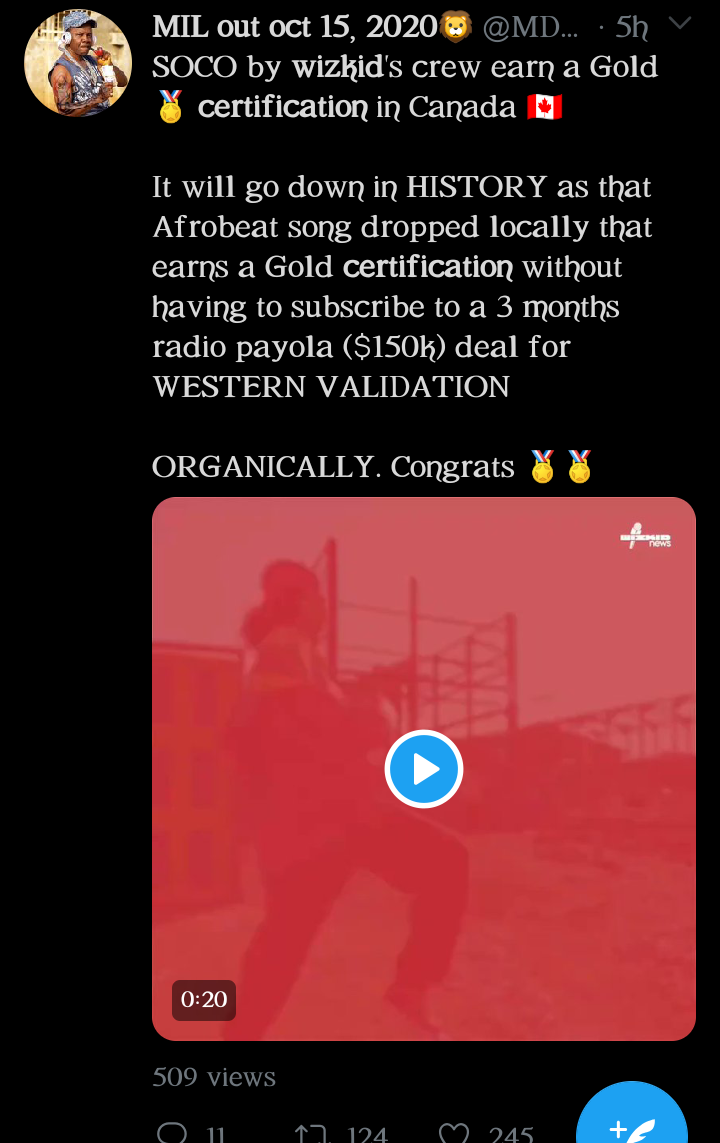 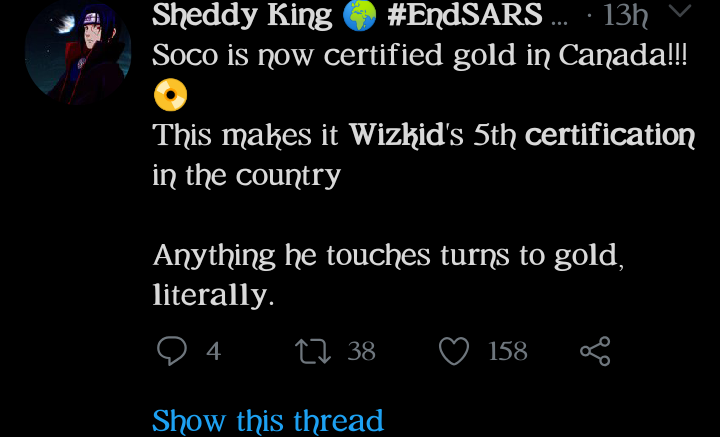 Apart from this, Wizkid has become the only artist in Africa with multiple certifications, from Diamond to Platinum, to Gold, and to silver, no African artist comes close. He also got a silver certification in the UK with a song he was featured in by Kranium, after getting 200,000 units. 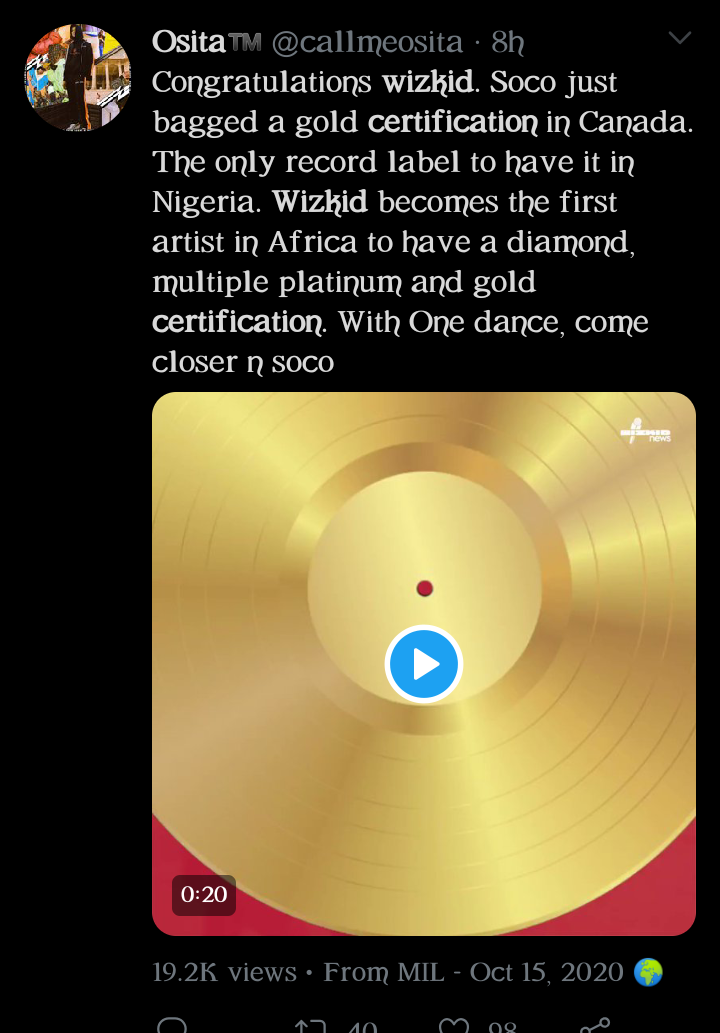