By YohannaDstorm (self meida writer) | 1 months 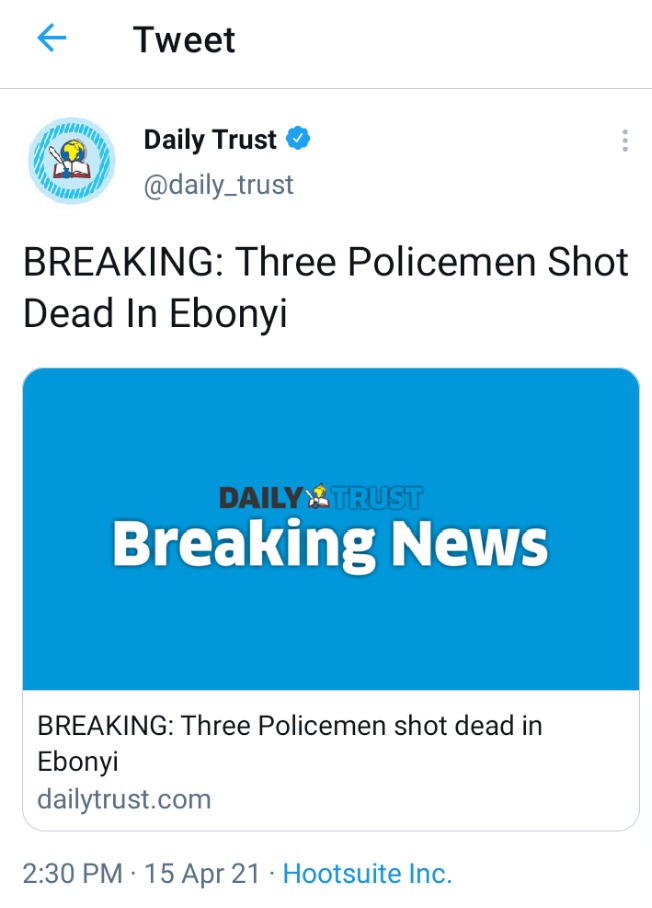 The incident happened along Nwezenyi road in Izzi local government area of the state on Wednesday night.

The assailants, who pretended to be conducting a burial rally opened fire on the police officers who were on duty. 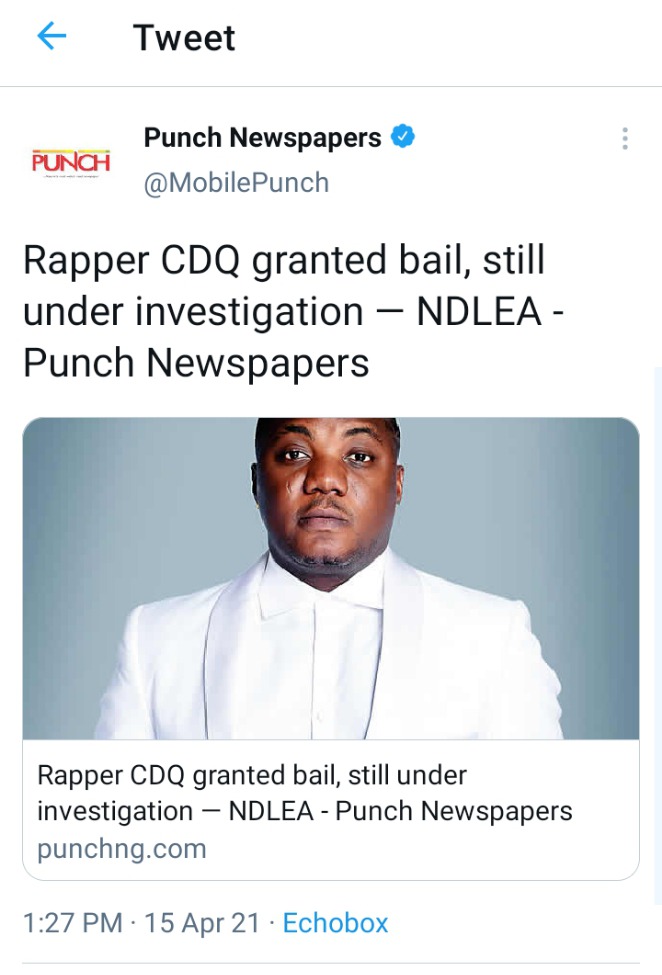 Popular rap artiste, CDQ, has been granted bail by the Nigerian Drug Law Enforcement Agency, though he remains under investigation.

On Wednesday night, men of the NDLEA arrested Sodiq Yusuf, popularly known as CDQ, in his Lekki residence.

He was said to have been picked up by the anti-drug enforcement agency for allegedly violating the drug law following an intelligence report which the agency caught wind of. 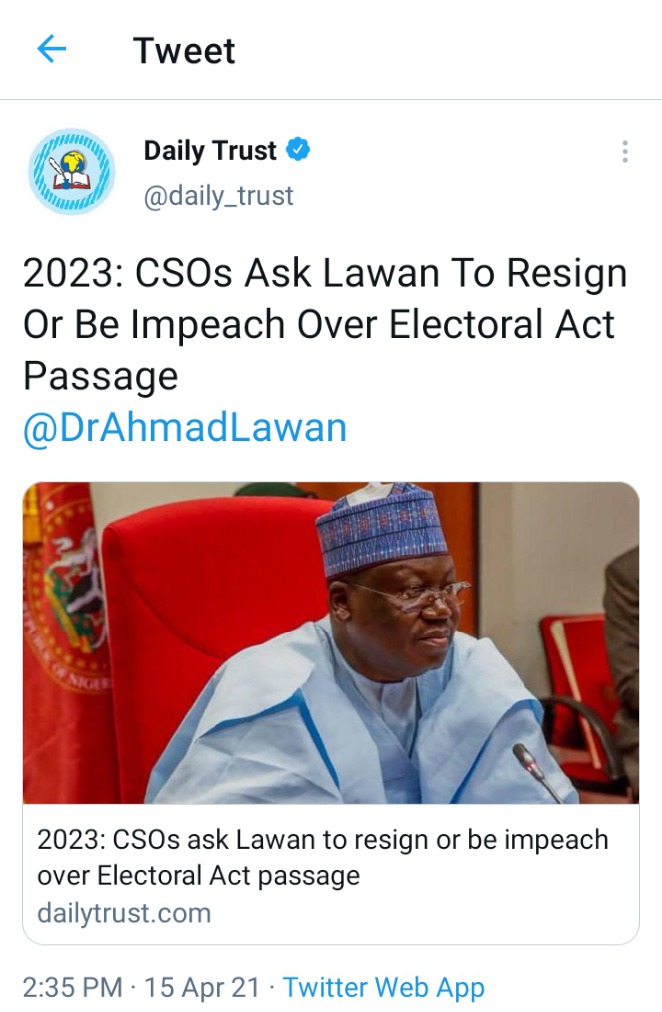 Youth groups and Civil Society Organizations (CSOs) have asked Senate President Ahmed Lawan has been asked to resign or be impeached over the failure of the National Assembly to pass the Electoral Act amendment ahead of the 2023 General Elections.

The organations include Ariyo-Dare Atoye, Center For Liberty (CFL); Deji Adeyanju, Concerned Nigeria (CN); Princess Hamman-Obels and Chinenye Agwuna The Electoral Hub (TEH); and Jude Feranmi, Raising New Voices Initiative (RNVI) made the call on Thursday in Abuja at a news conference. 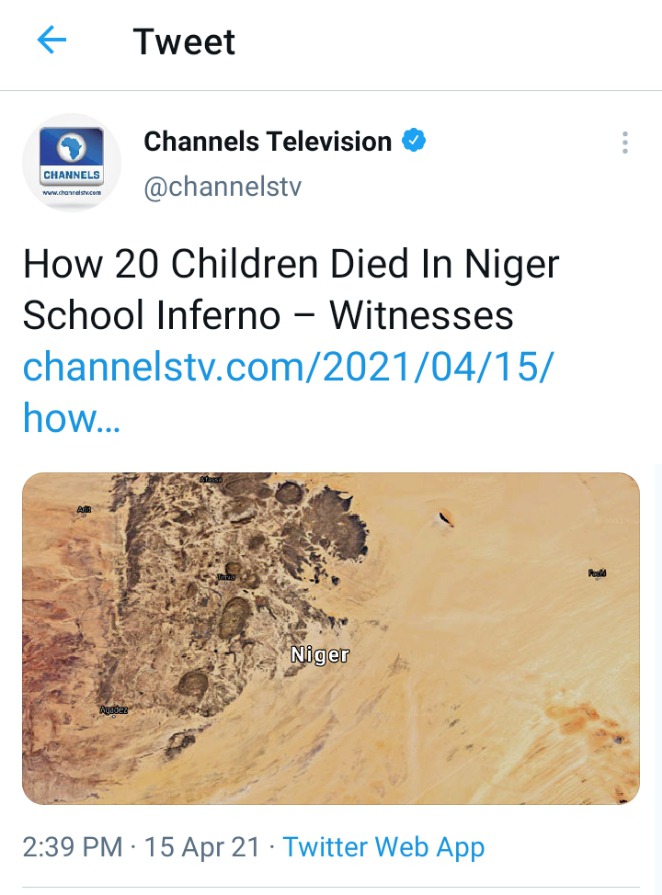 A total of 20 pre-school children – aged between three and five years – lost their lives to a horrific fire that broke out at a school in the Republic of Niger.

The incident which occurred on Tuesday in an impoverished area on the outskirts of Niamey, the country’s capital has left dozens of parents and teachers with uncontrollable tears and agony. 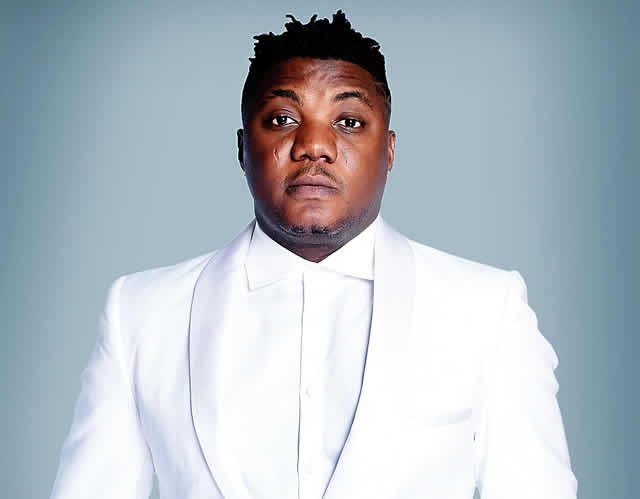 How To Revive Sour Food