Ever since the private tape of Tiwa Savage and her lover emerged on the internet days ago, there have been several assumptions and opinions about the incident, especially on social media. Shortly after her sêx video emerged online, so many Nigerian celebrities in a move to support Tiwa Savage during her difficult times posted messages on their social media pages with hashtags like ‘A Queen I stan’, ‘I stand with Tiwa’

They did this even though Tiwa Savage urged her fans to ignore any private tape during her interview with American OAP Angie Martinez of 105.1, where she disclosed that she was being blackmailed with a sêx tape. 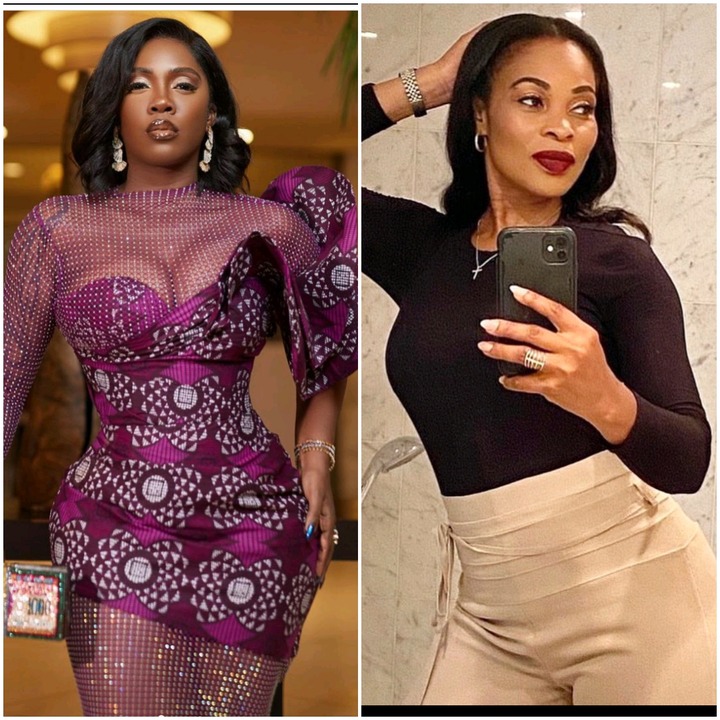 1. Her colleagues should have posted "Say No To Blackmailers, Rather than " A Queen I Stand".

Explaining more to this, Georgina Onuoha believes that her colleagues in the entertainment industry should have picked the narrative of "Say No To Blackmailers, Rather than " A Queen I Stand". According to the actress, "she did not commit a crime, but she is the victim, however, my colleagues did her an injustice with their ‘A Queen I stand’ rhetoric.

2. She Should Have Made A Public Apology

Actress Georgina Onuoha believes that an apology would have been better in this kind of situation. She also used Kim Kardashian's situation as a reference, who had to embark on a tour on every tv and important show in America and issued a public apology in order to save her brand 15 years ago. According to the actress, "Tiwa Savage is a global brand, I hope she learns from her mistakes and apologizes for them.

What do you think about Georgina Onuoha Reactions to this?