7 Logos You Never Knew Were Satanic

By Goodluckinfo (self media writer) | 1 year ago

Vodafone is the second largest Telecommunications Company worldwide; raking in a whopping 435 Million Subscribers according to GSMA Intelligence [1]. They call their current logo which was implemented in 1997 as the “Speech Bubble” which allegedly is representative of opening and closing cellular communication

[2]. If you look closely though, you can make out the crafty placement of the numbers 666 which is scripturally evocative to the number of the beast (Revelations 13:18).

Google Chrome is a freeware web browser developed by Google. It was estimated by StatCounter in December 2015 that Google Chrome has a worldwide usage of 58% of Desktops and is the most popular browser for smartphones at an estimated usage of 45% of all consumers favouring the simple interface

[1]. Chromes internationally recognised emblem is a colour wheel of red, green and yellow. The devious placement though of the number six inside the wheel at three points again parades 666 – Coincidence? Surely not, for even Satan was called the slyest of all that were created (Genesis 3:1).

Adobe Systems Incorporated, which it is formally known by is a transnational computer software company. At some point along the way you would have come across any of the company’s products; from converting files to PDF format, editing photos with Photoshop or tapping into the Adobe Creative Cloud.

Following on from the illusory logo of Google Chrome, it’s almost impossible to pick the use of 666 in Adobe’s signature logo. 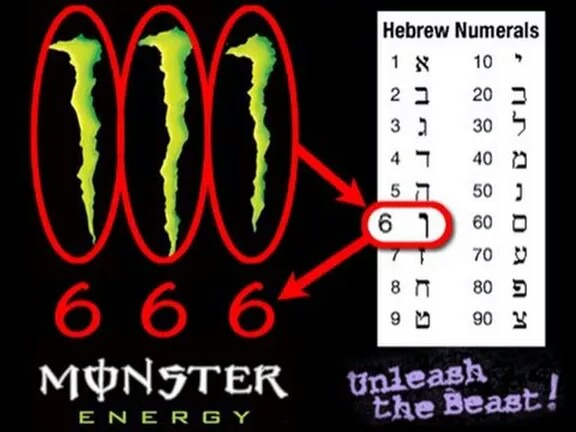 It’s been 13 years since Monster hit shelves worldwide as a favourite beverage amongst teens and young adults. Targeting extreme sport enthusiasts, the company has caused much controversy about their brand, attempting to sue other companies if they use the word Monster or the letter M in their logo; Monster would later drop lawsuits to avoid negative publicity [1].

Another dispute that is surprisingly stated on their Wikipedia article is the observed use of the letter vav which is 6 in Hebrew. Meaning their logo as an “M” is really three vav’s to represent 666. Mclean Designs, a “strategic branding firm” who created the logo states the “M” represents claw marks that would be left after a “Monster” attacks the can.

This would be somewhat accurate if it wasn’t for the company’s diabolical slogan “Unleash the Beast”. 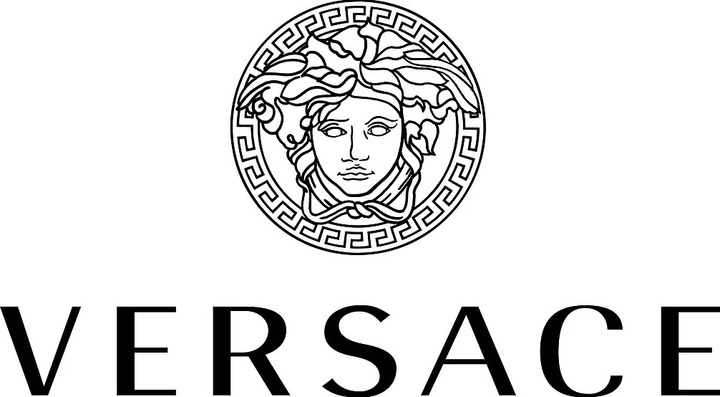 [1]. Having been flaunted on several TV and on-screen films, the company has been sourced internationally for almost three decades. It’s no surprise that a syndicate of such integrity would not fail to dress the rich and famous such as Jennifer Lopez at the Grammy Awards in 2000.

From dresses to fragrances to handbags to purses; Versace prides itself in quality products over quantity – stocking only a limited selection of an item at a time in its stores around the world to pervade opulence.

[2]. With such a hideous face, sources say that if anyone were to look at her they would turn to stone.

Obviously demonic, the logo is depicting a forbidding and unsightly character that is closer related to a demon than it is a women.

An international symbol for “hipster”, Starbucks is a household name when it comes to coffeehouse chains. Founded in America in 1971, the trademark has acquired over $16.4 billion US in revenue over the last four and a half decades which might explain it’s ranking as number one in its industry and sits 5th place on the “Top 10 Worlds Most Admired Companies. Walt Disney was an entrepreneur and still is an entertainment icon globally. He was known largely as a famous cartoonist, animator, film director and voice actor. There has been much speculation to where Disney stood concerning Satanism and Occultism but a brief look into the past can lay hold to many clues. Firstly, Disney had a longstanding relationship with author of the Satanic Bible and head of the Church of Satan, Anton LaVey. Likewise, LaVey considered him highly, to such an extent that he would openly state that the followers of Satan should consider Walt Disney as one of their “guides”

Content created and supplied by: Goodluckinfo (via Opera News )