By QualityGist (self meida writer) | 2 months

The popular Igbo Comedienne, Ada Jesus who has been battling kidney related decease has been reported dead in the early hours of today. The news of the young lady's demise came to many people as shocking especially as she was recently said to have been responding to treatment after some well-meaning Nigerians came to her rescue and take her to a better hospital in Abuja some days ago.

In the early hours of today, the news of her death took over social media, especially Facebook where she was very famous because of her entertaining ability. 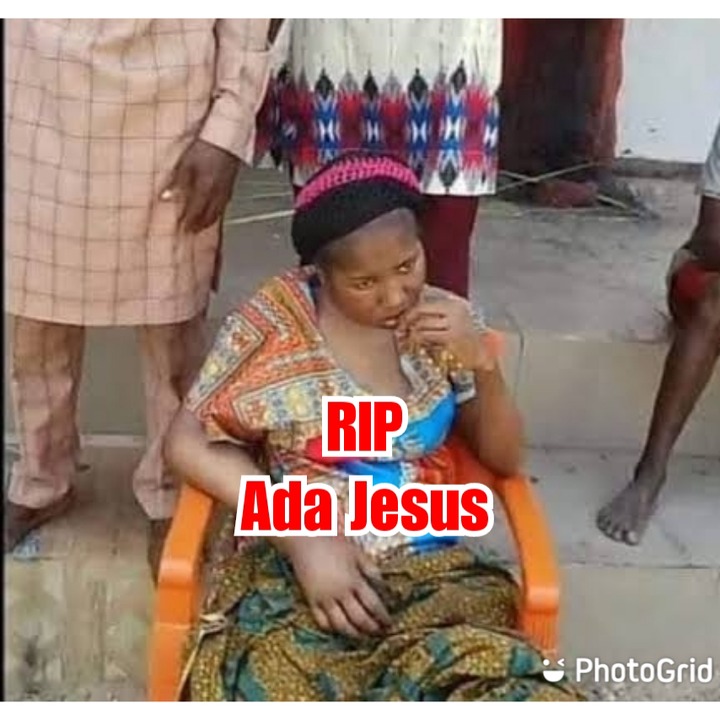 At first, many people were not believing the news, but since reputable media houses such as BBC began the publication of the story, the people have no choice than to accept the ugly news.

According to BBC pidgin on their Facebook page, the news of Ada Jesus's death was confirmed by one of those who have taken it upon themselves to take care of the ailing comedian by paying the medical bills among other helps to the lady and her family.

Specifically, Harrison Gwamnishu's name was mentioned by BBC as one of such persons that have confirmed the ugly news about the comedienne. Check out the post from BBC pidgin below: 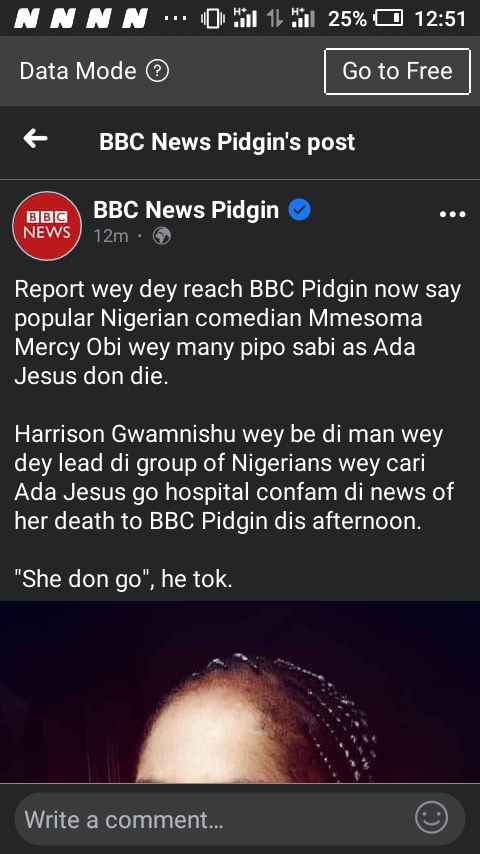 Shortly after the news appears on the social media platform, a lot of Nigerians reacted to it. While many of them prayed God to forgive her shortcomings, and accept her into heaven, a lot of other people wants her scenario to act as warning to anyone who may wants to wrongly attack people, including men of God on social media platforms.

Check out some reactions from Nigerians towards the painful death of the young lady below: 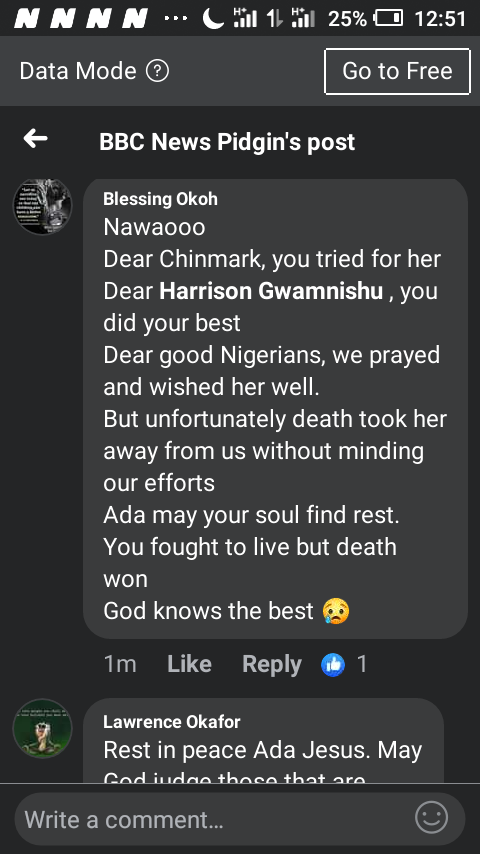 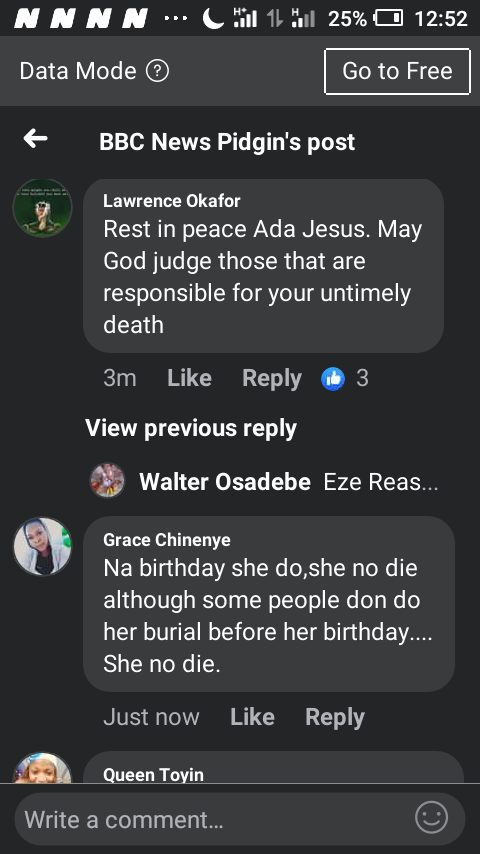 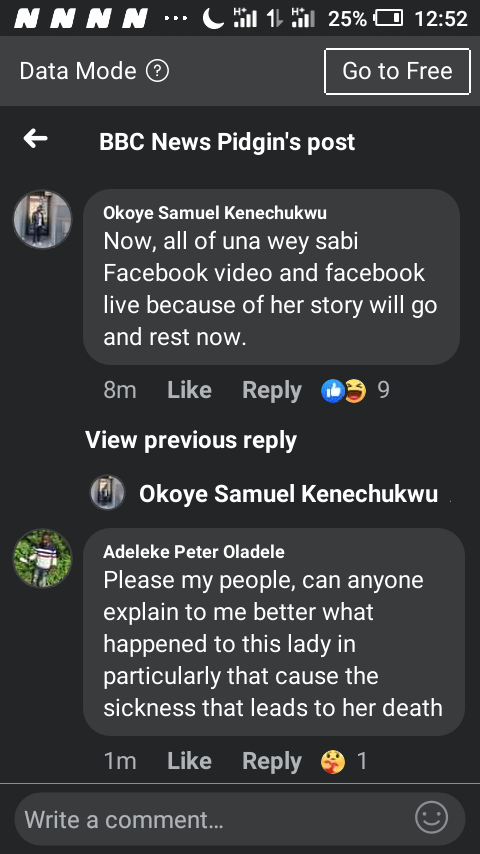 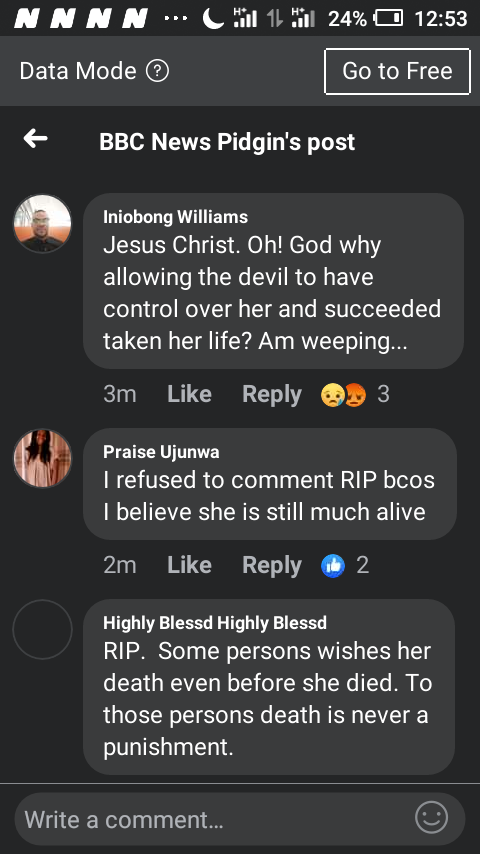 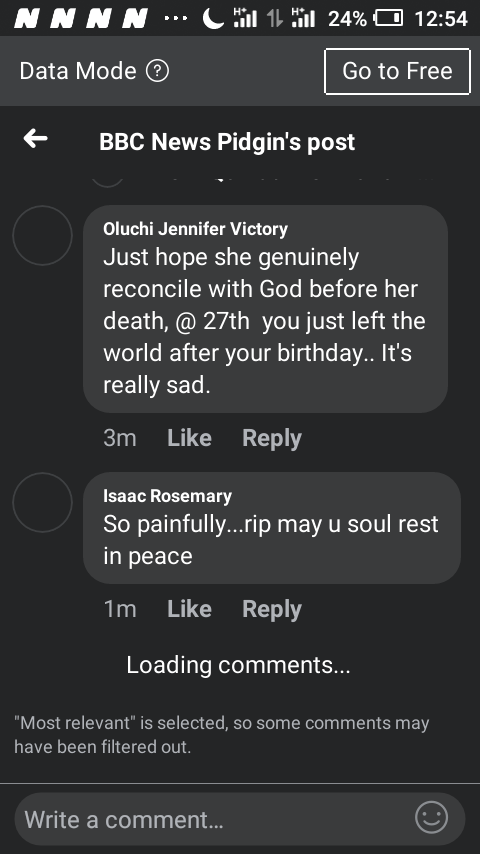 Recall that, days after Rita Edochie and Prophet Chukwuemeka Odumeje who were insulted by Ada Jesus refused to forgive her when she and her family members were begging them for forgiveness, the both forgives her after second thoughts.

In fact, Prophet Chukwuemeka Odumeje even offer a million naira to the family to help in providing media treatments for the ailing lady. Despite all these, death have taken her away from us.

Rest in power to Ada Jesus!

Opinion: 5 Reasons Why You Should Never Lie To a Woman

6 Sad Truths About Success You Need To Know About

Opinion: Truth be told, Nigeria's problem is not the enactment of new laws or a change of constitution.