Opinion: See Major Reason Why Regina Daniels Cannot Remarry, If Even She Wanted To In The Future.

By AmyPat (self media writer) | 2 years ago

Young Nigerian actress, film producer and model, Regina Daniel might not remarry if even she wanted to. The 20-year- old actress got married to Ned Nwoko at the age of 19 , and she has given birth to a son named Munir Neji Ned Nwoko.

A Quick glance at her background.

Regina Daniels was born in Lagos state, Nigeria ,on 10th of October 2000, The latter has five siblings _three brothers and two sisters, she’s the second youngest child in her family, her mother is Rita Daniels , who is also an actress , film producer and the chairman of Actors Guild of Nigeria (AGN) Delta State chapter.. She attended Hollywood International School and in 2018, Regina Daniel proceeded to study Mass Communication at Igbinedion University.

The 20-years-old mother started acting at the age of seven, as she got support from her mother Rita Daniels , she acted her first movie Marriage of Sorrow which earned her 10,000 naira. She featured in a Nollywood movie titled Miracle Child in 2010. 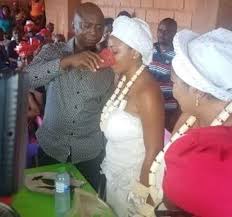 She has featured in other many films , like Dumebi in School, Python Girl, the Bat Man, Plantain Girl, jaja the Great, the Jericho (as producer) , wipe your sorrows and many others.

She got married to husband, Ned Nwoko on April 1 2019, she was widely criticized by her fans and Nigerians on her alleged marriage to the 59 years old billionaire. On 29th of June 2020 , she gave birth to a baby boy for Nwoko.

The major treason Regina Daniels cannot remarry, is the fact that she was initiated and vowed to remain faithful to her husband no matter what. The induction ceremony took place on Sunday, May 26 in Anioma community in Delta State, where her new husband Ned is hails from, the initiation ceremony is an age- long tradition for newly married ladies into the Women World of Marriage. Regina Daniels was traditionally initiated into the Otu-Udu Group in line with the Customary of Anioma people of Delta State , on that day she sealed her marriage to Ned Nwoko a Nigerian billionaire and Senator-elect.

So no matter what , she has to keep to her own part of the oath to remain faithful forever, if there is any remedy, concerning terminating the oath , it has to be with the consent of both partners, that’s whole heartedly. Not partially .

This formalities ought to be forever , to avoid future implications, and harm upon generations to come. 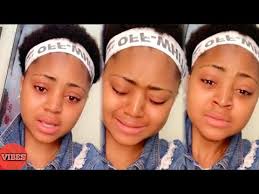 However, may God bless her home with peace and love, and may she smile at the end .

Meanwhile what do you thinks?? Please leave a message in the comment box.

Content created and supplied by: AmyPat (via Opera News )