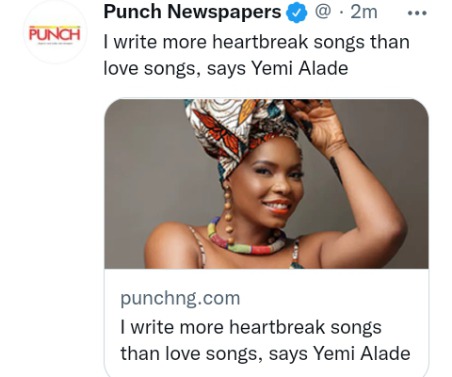 The songstress made this revelation via her verified Instagram page on Thursday, as she also announced her next performance.

Sharing pictures of herself, the Dancina crooner said, “I keep writing more heart break songs than love songs. I’ll focus on getting ready to perform for The Royal Family in London then back to Houston for #yemialadeMafia on November 7th." 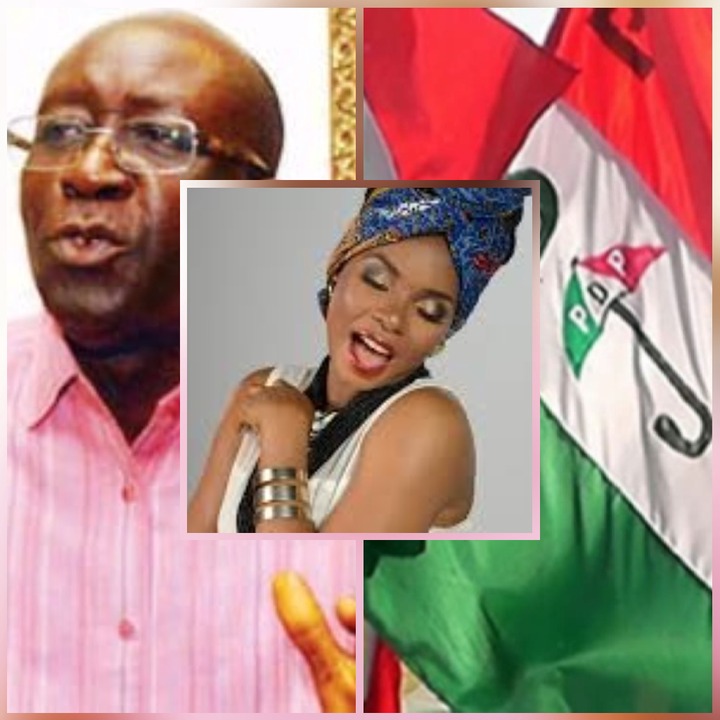 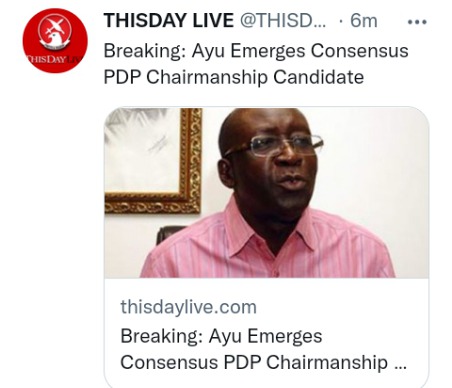 Former Senate President, Dr. Iyorchia Ayu, has been picked as the consensus national chairmanship candidate of the Peoples Democratic Party by the party’s stakeholders in the North.

It was learnt Thursday that two other contenders from the North, where the position has been zoned to – former governor of Katsina state, Ibrahim Shema, and the incumbent deputy national chairman (North), Senator Nazif Suleiman – stepped down for Ayu.

At a press briefing on Thursday in Abuja, the Governor of Adamawa State, Ahmadu Umaru Fintiri, confirmed that Ayu was unanimously picked as the candidate for the office of the National Chairman by the Northern Caucus of the party. 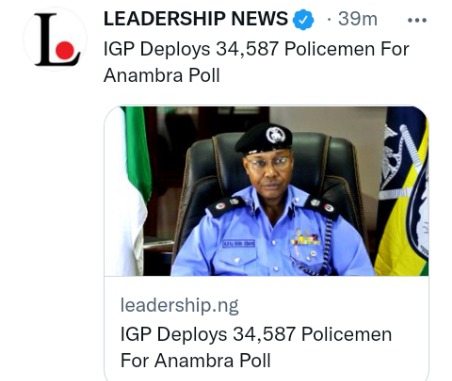 The inspector-general of police, IGP Alkali Baba, has deployed 34,587 personnel for the Anambra State gubernatorial election slated for November 6, 2021.

Speaking at a meeting with various state police commissioners and heads of formations in Abuja on Thursday, the IGP said three helicopters will also be deployed for surveillance during the poll in addition to animals and other equipment.

He also said police was collaborating with sister agencies and the Independent National Electoral Commission (INEC) to ensure the conduct of a peaceful election in the state. 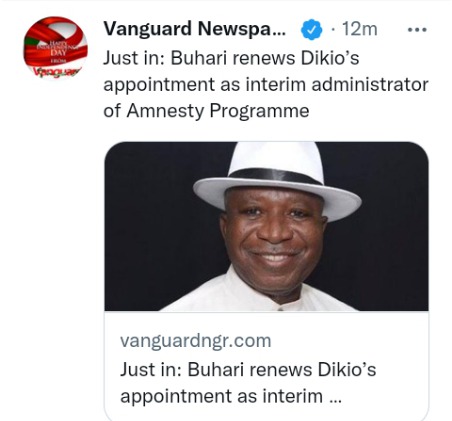 President Muhammadu Buhari has approved the renewal of appointment of retired Col. M. D. Dikio as Interim Administrator of the Presidential Amnesty Programme for another one-year tenure.

The News Agency of Nigeria (NAN) reports that President Buhari approved the appointment of Dikio as Interim Administrator (Amnesty Programme) with effect from Aug. 21, 2020.

This followed the President’s approval of the disengagement of Prof. Charles Dokubo from Office as the Coordinator, Amnesty Programme with immediate effect.

Mr Femi Adesina, the Special Adviser to the President on Media and Publicity, confirmed this in a statement on Thursday in Abuja. 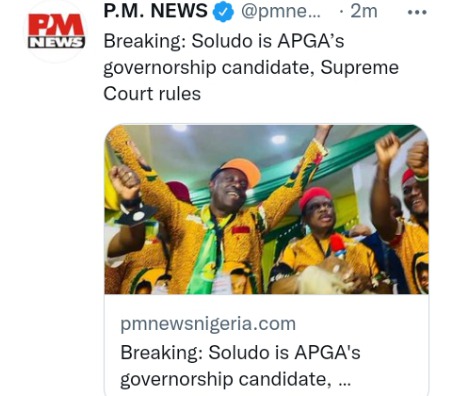 The Supreme Court of Nigeria on Thursday affirmed Prof. Charles Soludo as the governorship candidate of the All Progressives Grand Alliance (APGA) in Anambra State.

The five-man panel unanimously upheld the judgement of the Kano State Division of the Court of Appeal, which validated the primary election that produced Soludo.

The panel was chaired by Justice Mary Odili.