By Tidings (self meida writer) | 21 days

We all remember the physically challenged man who went viral after he was spotted dancing at his child's dedication ceremony. The video of him dancing in church got a lot of positive reactions as people used it as a source of motivation. He was spotted moving around to the sound of the music in the video while his wife held their baby who was being dedicated. The man has now spoken out to BBC Pidgin about how his lost his ability to walk when he was just four years old. 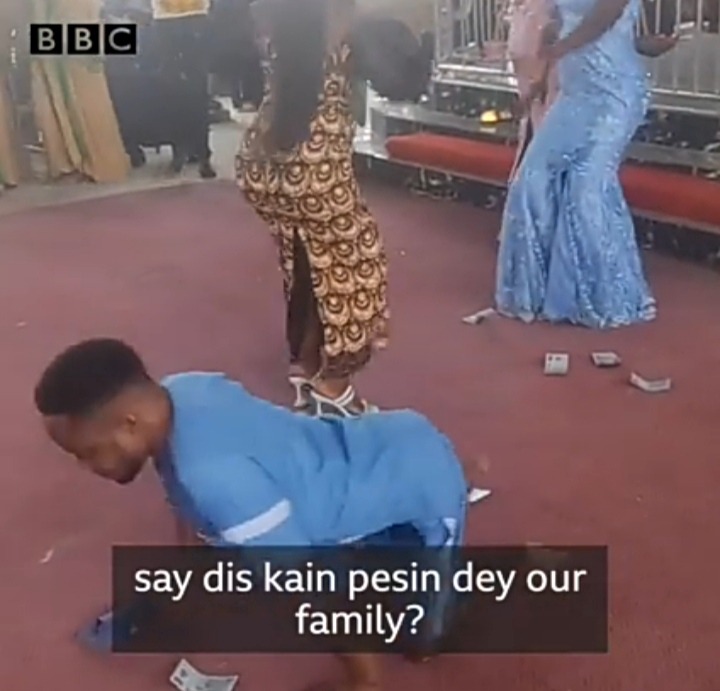 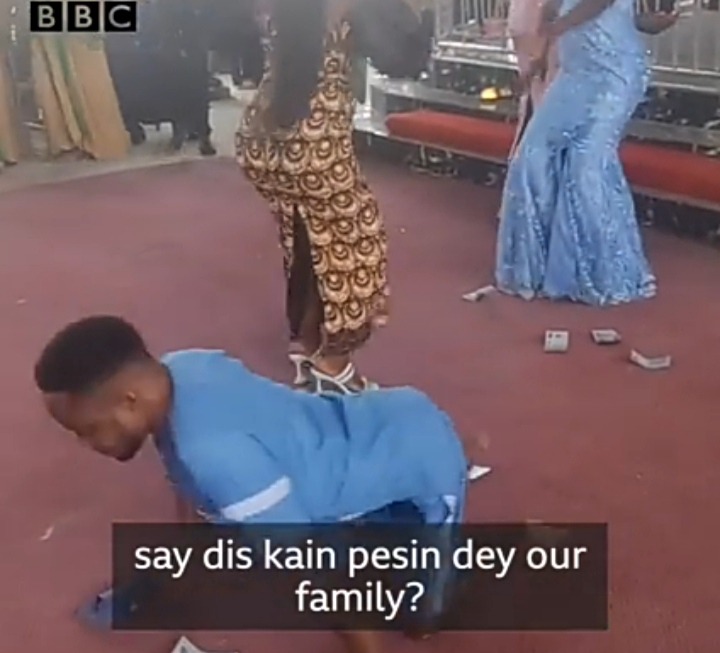 According to him, he does not remember the exact details because he was very young at the time but his mother has told him a story about how he got crippled. He was playing around as a four year old when they heard him crying. When they rushed to see what was going on, there was no one or anything around him so they did not know what happened to him. The family rushed him to a hospital immediately and after spending some time, they got the sad news. That he will never walk again and that is how it has been till this day. 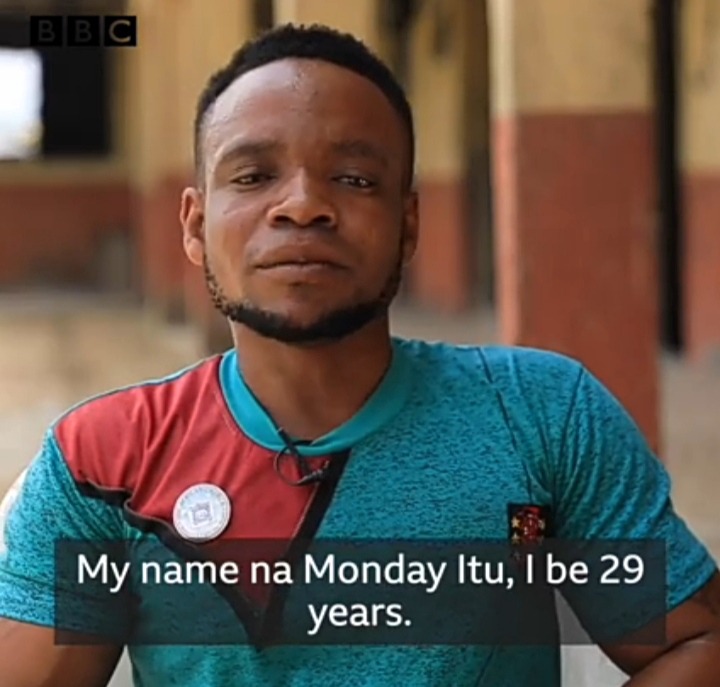 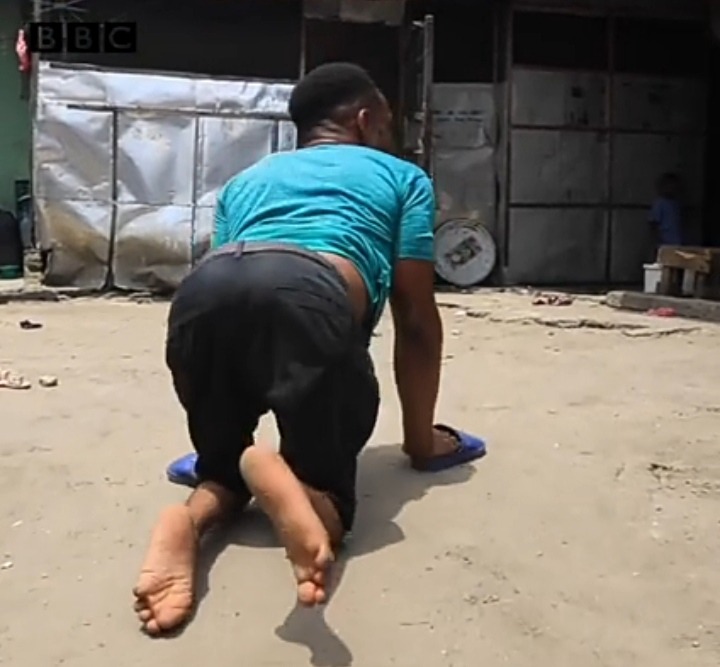 He revealed that he feels bad sometimes because his friends walk around with two legs. His condition has limited his ability to provide for his family because he cannot do many jobs. He has learned how to make shoes and sandals but he does not do it because he does not have enough money to start up. He has a girlfriend who stays with him and they have two children together. 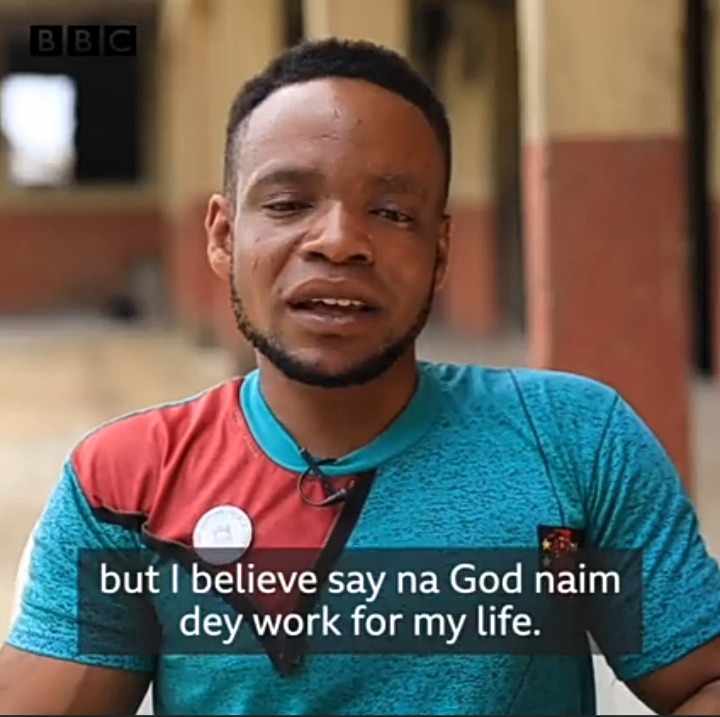 Asked how they survive, he said that people always give him money when they see his condition. The biggest source of the family's income is the wife who sells groundnut and supports them with what she gets from her business. They look very happy together as they laugh during the interview with BBC Pidgin. 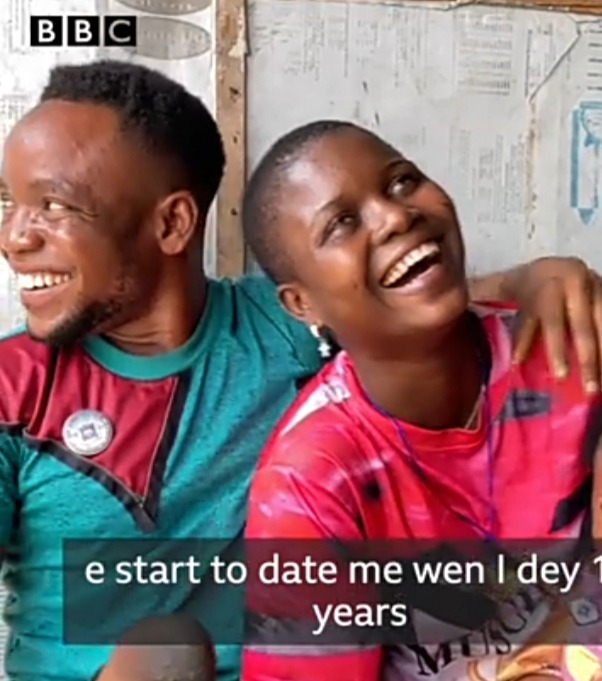 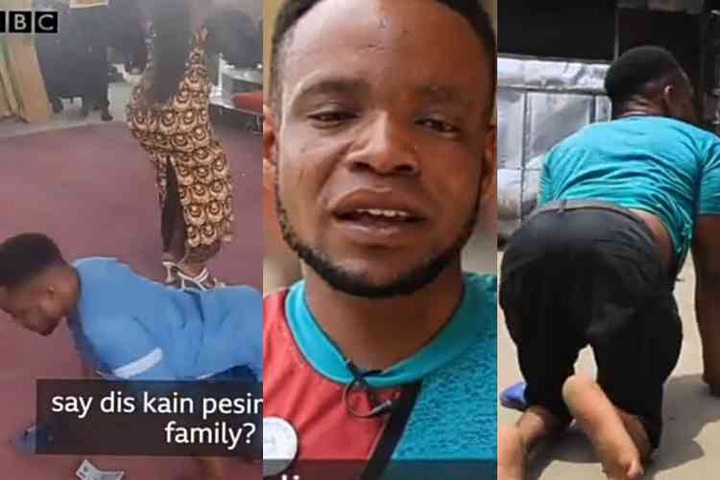 China is Indeed The Home Of Bridges. Check Out Pictures Of This Mind Boggling Ruyi Bridge In China