Reactions As Popular Singer Is Seen Keeping Company With Goats As He Celebrates His Birthday.

For those who don't know, Usher Raymond IV is an American singer, songwriter, businessman, and dancer. He was born in Dallas, Texas, but raised in Chattanooga, Tennessee, until moving to Atlanta, Georgia. At the age of 12, his mother put him in local singing competitions before catching the attention of a music A&R from LaFace Records.

As some people will call him, he's one of the best artists in the world, and as such, some people call him the Greatest of all Time (GOAT). He just clocked 43 years of age, and his fans all across the world have taken time out to celebrate the occasion with him.

However, while he celebrates his birthday, lots of reactions have been stirred on his official Instagram account after he shared some pictures of himself. Seen in the pictures, he was jogging on the street with two goats, and he added the caption "You're only as good as the company you keep. This is what 43 looks like for me."

Although many of his fans congratulated him for his birthday and wished him well, however, some of them were confused about how he was keeping company with goats. According to the pictures that were seen, the goats were not running away from him, instead, his hands were seen around the goats at a point, and that could only mean he's the owner of the goats.

From a personal point of view, Usher could be passing out a message to his fans to show that he's still the Greatest of all time as far as the music industry is concerned. Thus, since lots of celebrities are called GOATs, he took out his own time to take pictures with real goats (animals) as he celebrates his birthday.

Before looking at the pictures he shared, look at some comments made by his fans below: 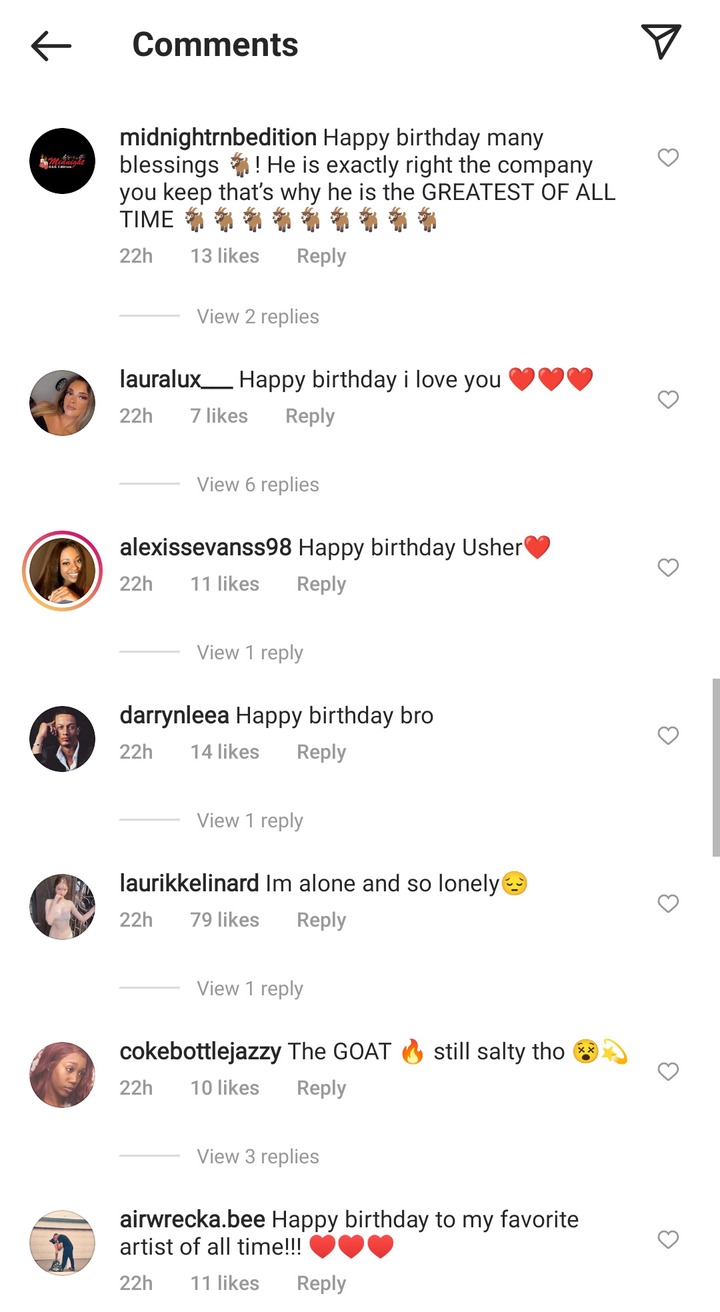 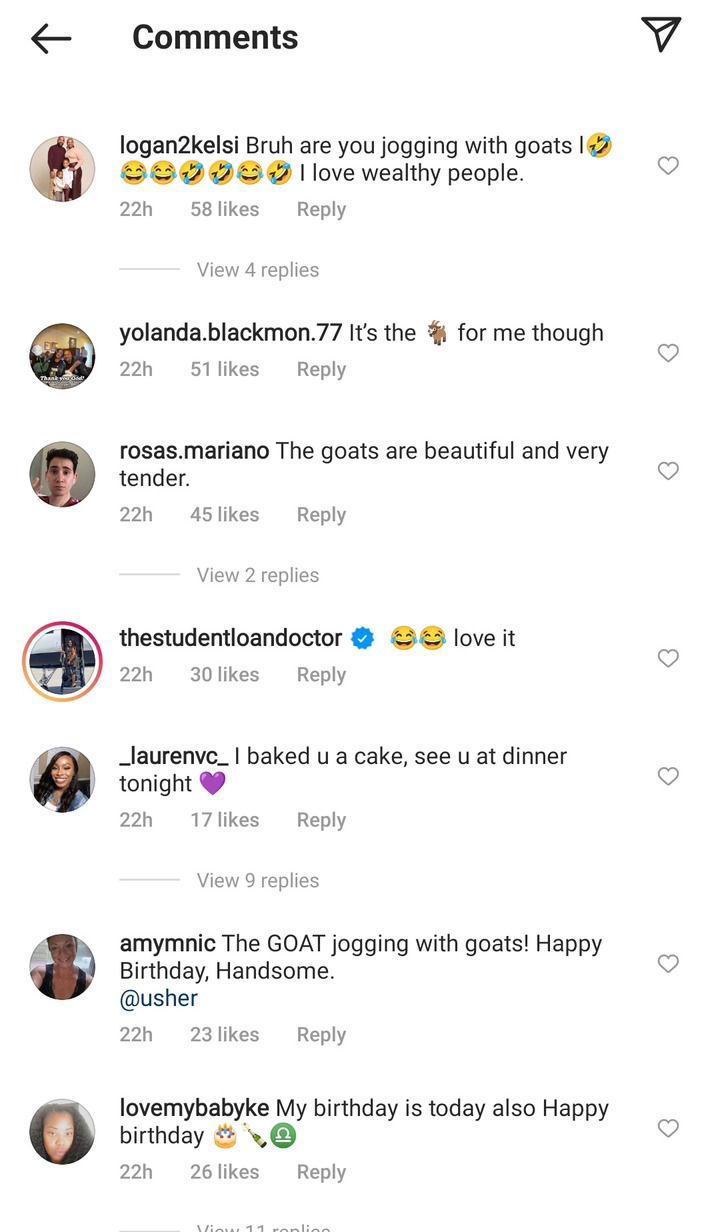 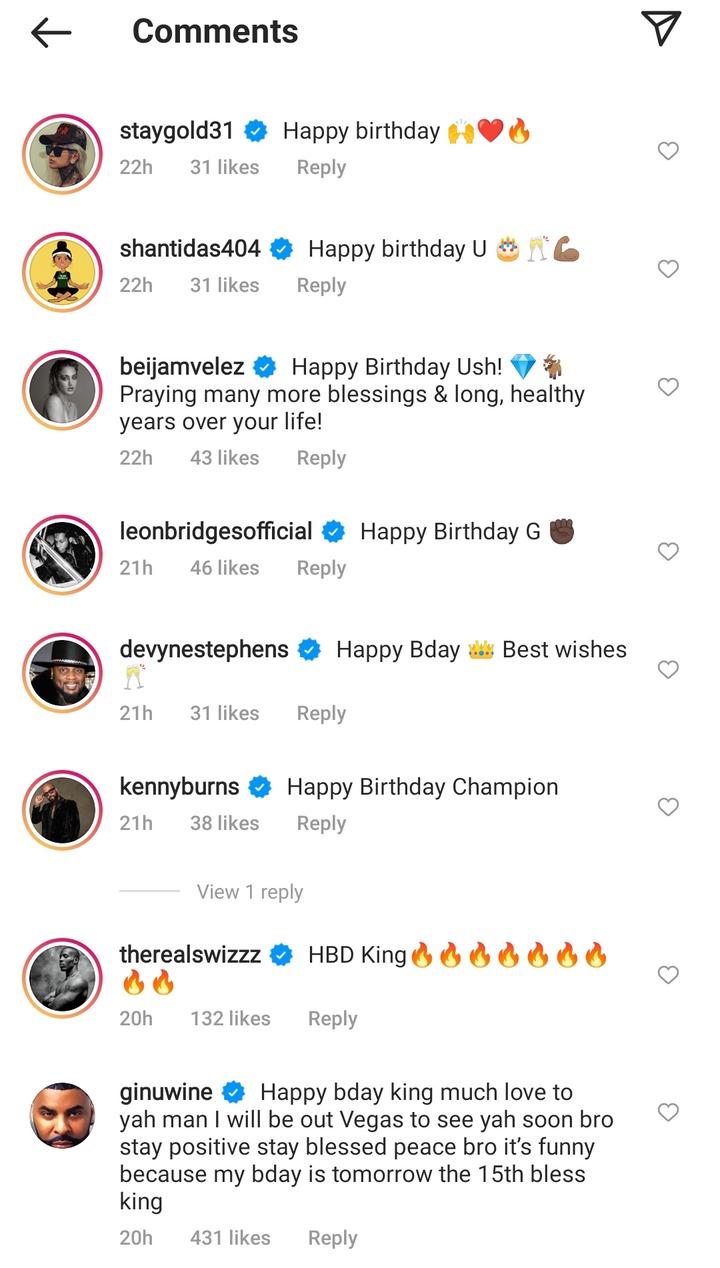 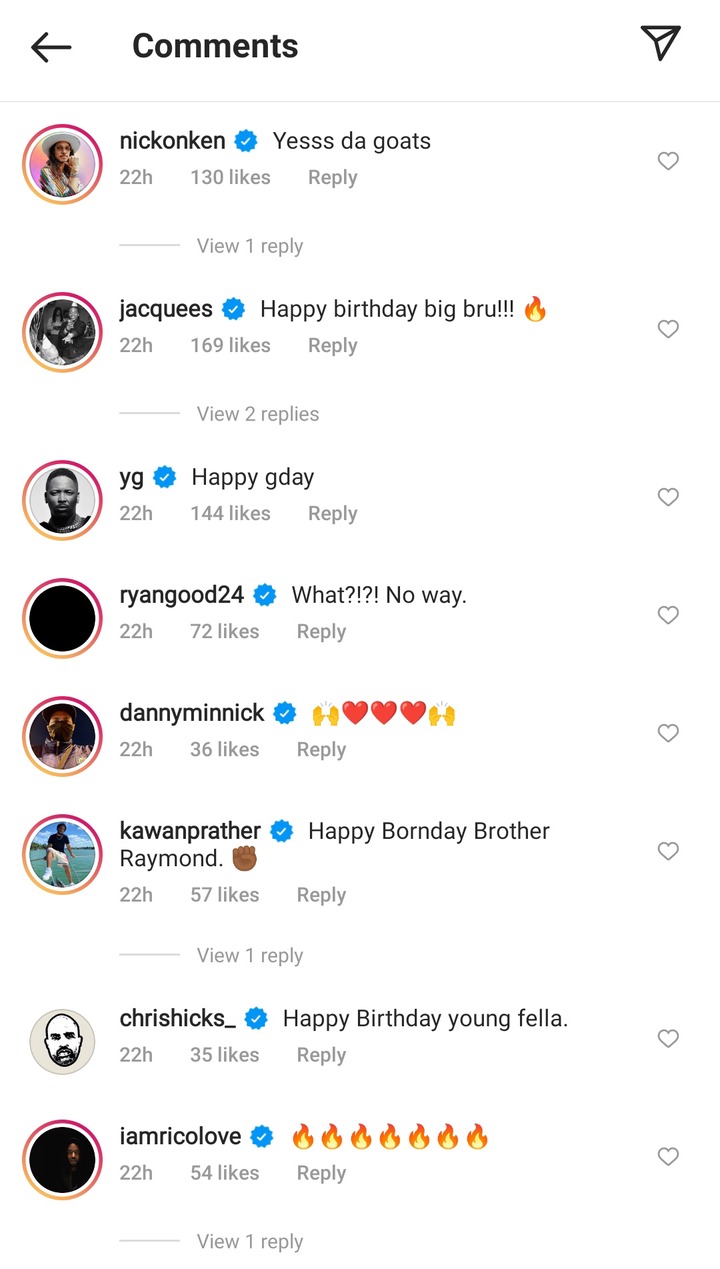 Now, check the pictures he shared below: 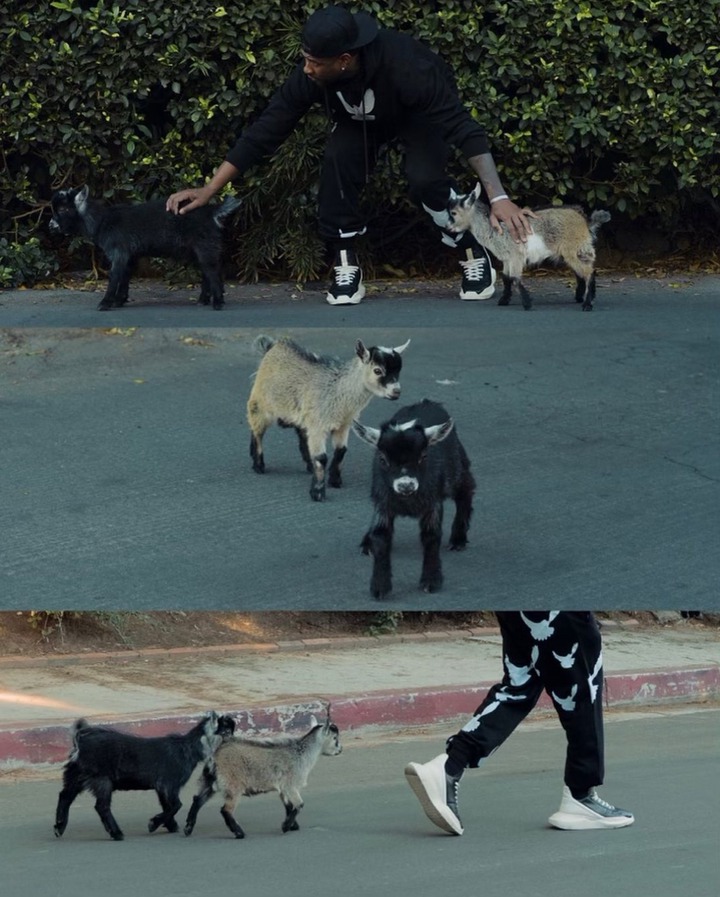 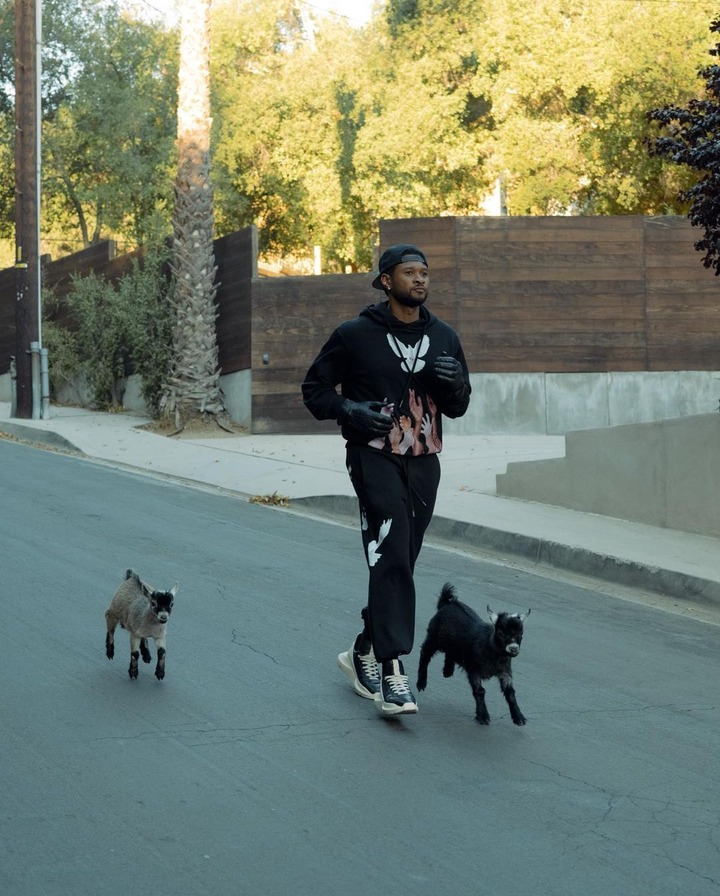 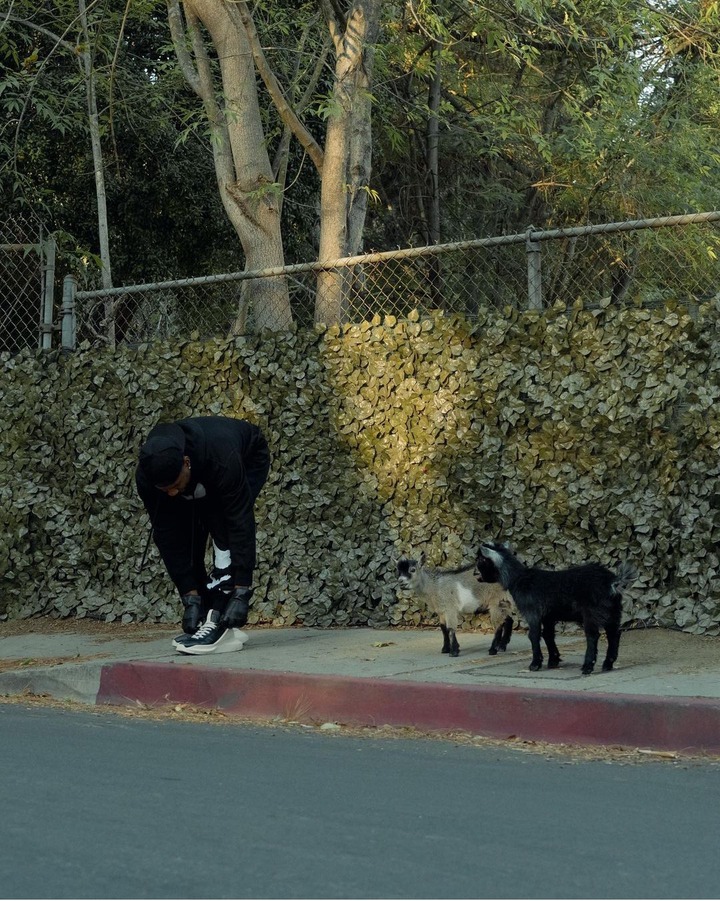 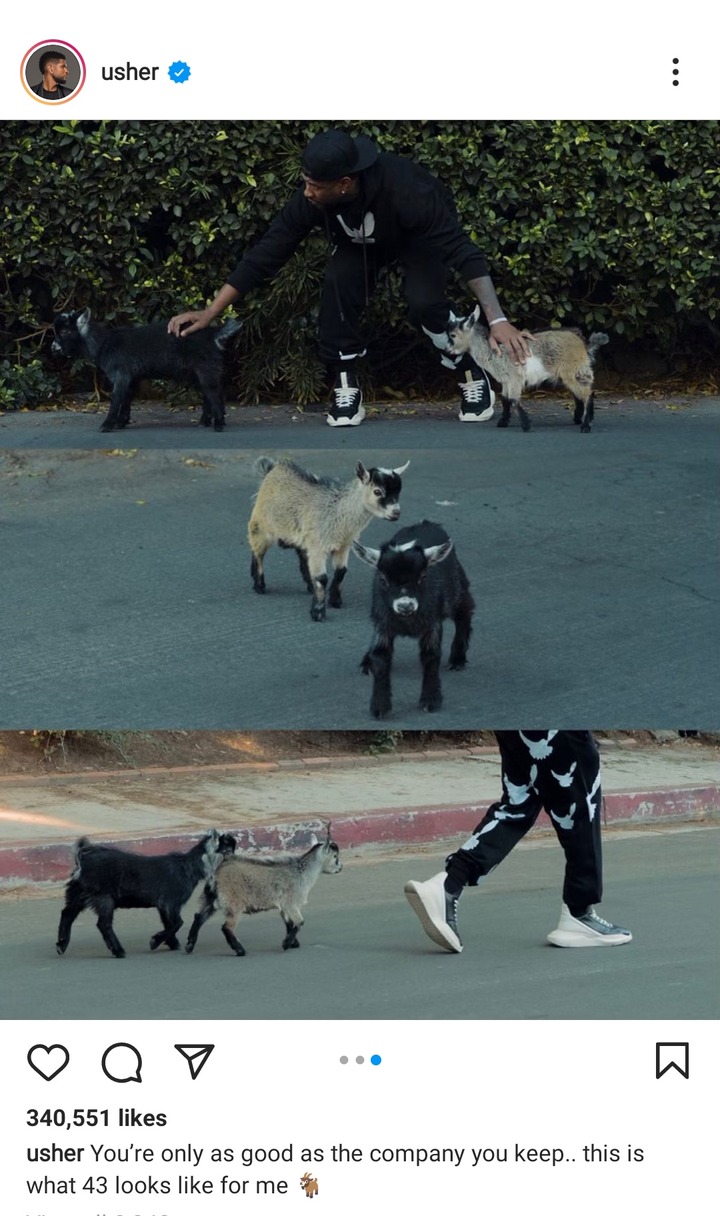 We say Happy Birthday to one of the best artists we have in the world.