Fiction: King Who Married A Woman With Two Skins 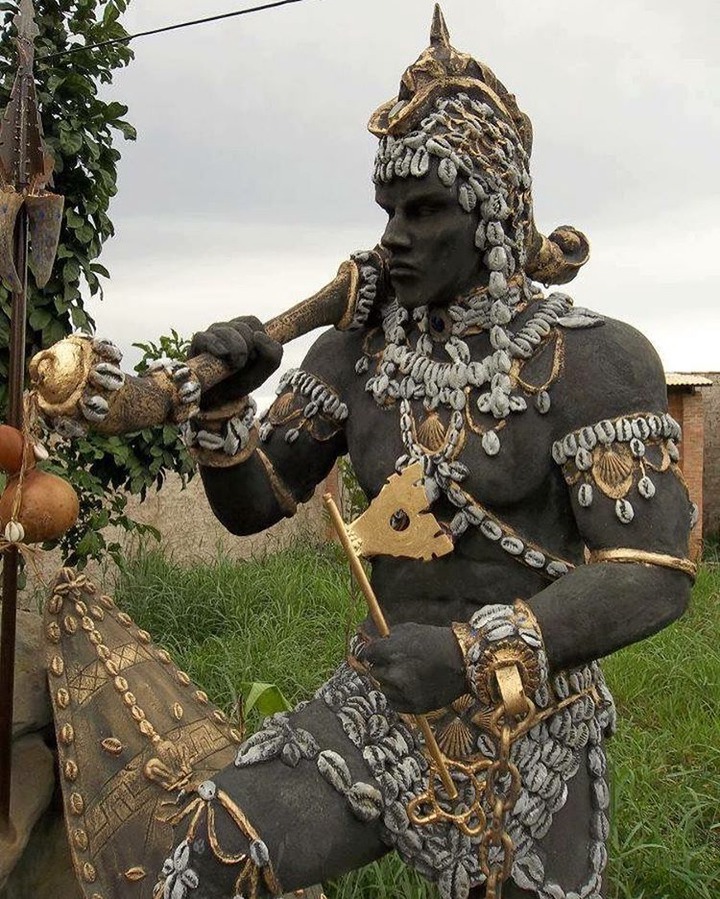 There lived a king in Eso Kingdom. He was rich and powerful. He had three hundred wives. None of his wives was able to bore him a son.

As he was aging, he became troubled about his inability to have a son to succeed him. Even though he had one thousand daughters, he felt as if he was childless, for none of her daughters will succeed her as a king when he eventually joins his ancestors.

The king's kinsmen were aware of his problem. They knew King Irochi wouldn't rest in peace had he died without a son. So, they met the king in his palace to proffer solutions to his problem.

After much deliberation, they came to a conclusion that King Irochi should marry from Oro, the lineage of quadruplets.

Oro was known to be the town of the ugly. Due to their ugliness, neighbouring towns avoid their company. Though, nobody knew that Oro had the most beautiful women on earth, until King Irochi got married to Ife.

When King Irochi brought Ife home, and his head wife understood that she was from Oro, she became angry for she knew that Oros were not ugly, rather beautiful.

Due to her ugliness, all the three hundred wives of the king rejected living with her in the palace, which made the king build a separate house for Ife.

The head wife, being afraid that the king might fall in love with Ife had he found out that she was beautiful, decided to consult a native doctor.

She persuaded and enticed the native doctor with a lot of gifts. The native doctor prepared a charm which the head wife fed the king with. The efficacy of the charm made king Irochi forget Ife, his new wife.

For over one year, the king did not visit Ife. Ife later went home, thinking that the king was not interested in her, but when Ube, Ife's father consulted a native doctor, he was made to understand what the king's head wife did.

He pleaded with the native doctor who prepared another charm and gave to Ife. When Ife went back, she cooked food and inserted the charm into the food, which she served the king.

Having eaten the food, King Irochi's eyes opened. He recognized Ife, and promised to visit her. When the king visited, Ife pulled off her ugly skin and the king saw how beautiful she was made.

Ife became pregnant and later gave birth to a male child. The head wife became jealous again. She went to the native doctor. As she normally did, she enticed him with gifts of money, jewelries and food, to prepare a charm for her. She told the native doctor to give her a charm that if given to the king, would make her sick. That when the king comes to him (the native doctor) for a solution, he should tell him that the son whom Ife bore for him wants to reign instead of the king. She also told the native doctor to tell the king that if he would recover, he must throw his son into the river.

The native doctor did as the head wife rightly said. At first, the king wasn't ready to throw his son into the river, but his kinsmen persuaded him to comply with the native doctor's directive. He was made to believe that he would get another son.

King Irochi concurred and threw Ife's son into the river. Ife mourned her son for twelve months, after which she returned to her father.

There was a river spirit who had seized the child and kept him safe when he was thrown into the river. When the child had grown, the river spirit sent him to Ife, his mother whom he told the story of his life and how he was saved by the river spirit. Ife was very happy to see her son whom she had mourned alive.

Though Ofu, son of Ife was not counted among the heavyweight wrestlers, but the river spirit fortified him. He equipped him with much supper native powers, that no man could defeat him.

Ofu attended the wrestling competition with Ife, his mother. She arrived at the venue in her beautiful skin. She was sparkling and dazzling, that people wondered whose daughter she could be, for they have never seen her beautiful skin. Not even the king was able to recognize her, because the head wife had charmed him.

When the competition began, Ofu came out to challenge the warriors and able bodied men of the Eso Kingdom. He was mocked at, for he was very small, both in size and age. They said that he would be crushed like an ant.

To the greatest surprise of the king and the people of Eso Kingdom, none of the warriors was able to stand Ofu for a minute. He defeated all of them. This made King Irochi enquire of his person. Some said he was from Eso, while others said he was from a neighbouring town.

"My king, I will tell you about myself and the trouble that brought me to your kingdom, if only you will do justice to the case.

King Irochi accepted and told him to go on and tell his story.

Ofu turned to the king's head wife who was sitting beside the king and said, "This woman had been the unknown archenemy of king Irochi."

Ofu went on to tell the story about how the head wife met the native doctor whom she enticed with gifts of money to deceive the king to throw him into the river, and how the water spirit saved and nursed him.

When the king heard this, and understood that Ofu was his son, he instructed that the head wife be tied up and thrown into the crocodile river.

The head wife pleaded for mercy, but the king had never listened. She was thrown into the river and crocodiles ate her flesh.

By this, Ofu and his mother were reunited with the king's family.

﻿This story is purely the author's imagination. This means that the story above does not represent the character, tradition, culture, religion etc, of any person(s), community, town, region, country, entity, etc.

Picture(s) used are for illustrative purpose.