By Cbcupdate (self meida writer) | 24 days 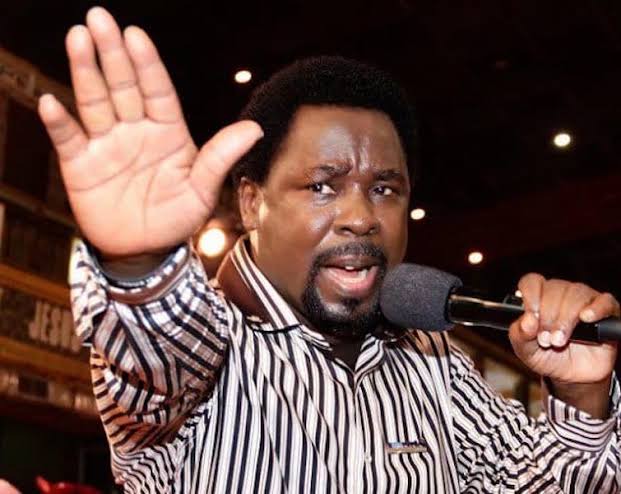 YouTube has suspended Emmanuel TV YouTube channel, a popular Christian TV channel which belongs to a well known Nigerian pastor, TB Joshua, the founder of the Synagogue Church of All Nations. Pastor TB Joshua took to his Twitter account to disclose this on Wednesday. According to TB Joshua's statement, the YouTube channel was suspended because YouTube claimed that a video which was posted on the channel contained hate speech.

TB Joshua uploaded the video which allegedly caused the suspension. However, a close observation of the video clip did not justify the ban placed on TB Joshua's YouTube channel. As a matter of fact, there was no case of an obvious attempt made by TB Joshua to preach hate in the video. In the video, TB Joshua prophesied that a man was possessed by evil spirit. TB Joshua requested that the man should come out. 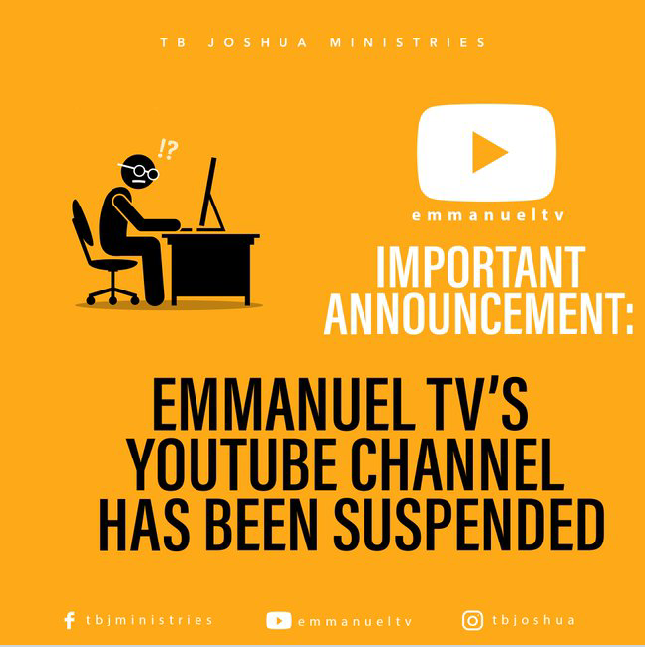 In the video, TB Joshua went on to say that God hates sin and not sinners. According to TB Joshua, when the Bible said 'do not judge so that you will not be judged', it means that you should hate sin, not the sinners because sinners can change. TB Joshua also told his congregation to hate the act of sin, not the people who sin. TB Joshua concluded by saying that the battle we fight in this world is not of flesh and blood but against the spirit beings that make us to sin.

Judging by what TB Joshua said in the video, whenever he used the word hate, it was directed at sin. TB Joshua never used the word 'hate' on any individual. However, YouTube saw the repeated usage of the word 'hate' by TB Joshua as a form of hate speech. Well, nobody knows if YouTube will later revoke the suspension placed on TB Joshua's YouTube channel, but it is expected that it will be revoked if God permits. 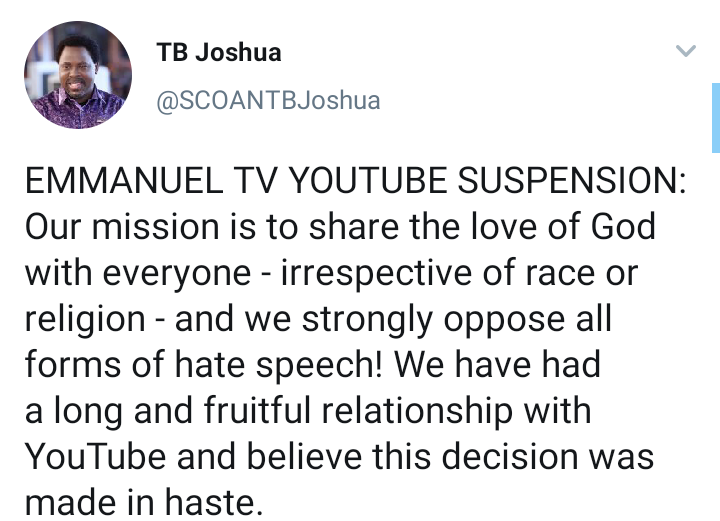 Below is the link to the video which led to the suspension if TB Joshua's YouTube channel:

5 Ways A Lady Can Prevent Pregnancy