By Miraclesforthemoney (self meida writer) | 1 months

Some die hard fans can do anything when they finally set their eyes on their role models or the celebrities who they are fans to. Some of these fans are also very crazy about celebrities especially the female fans, no doubt about that. A Nollywood actor known as Abayomi Alvin has disclosed what a female fan did to him when he went for a concert with his friends. 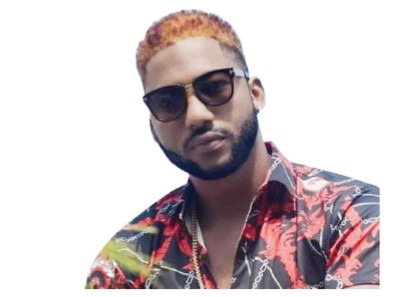 According to him, he said he went to this convert, then a female fan recognized him, then approached him. Everywhere was very noisy, so for you to hear what someone was saying, you have to come very closer to the person. So she came closer to Alvin, and introduced herself, told him how she's been one of his big fans. Then told him that she always watch his films. And she also sees his posts in social media, saying that he has a hot body.

Then as the conversation was going, she slowly said "I wonder how large that thing will be" as she was referring to his private organ. Alvin was shocked by what she said. And he also pretended he never heard her say that. Like joke, the lady grabbed his private organ immediately before leaving him. Maybe she did it probably to check how large it is.

He also said that it is not easy to be a celebrity especially an actor, there are many challenges involved. Challenges from fans, colleagues and others he said.

Content created and supplied by: Miraclesforthemoney (via Opera News )

Relationship: How to have a successful first date with a woman

5 Foods To Avoid During Your Period

10 Easy Things All Of Us Do Wrongly

FICTION: How I Met the Love of my Life