Hamza Prince: I didn’t make a profit from music, that’s why I quit

By Kannywoodmedia (self media writer) | 1 year ago

Hamza Prince: I didn’t make a profit from music, that’s why I quit 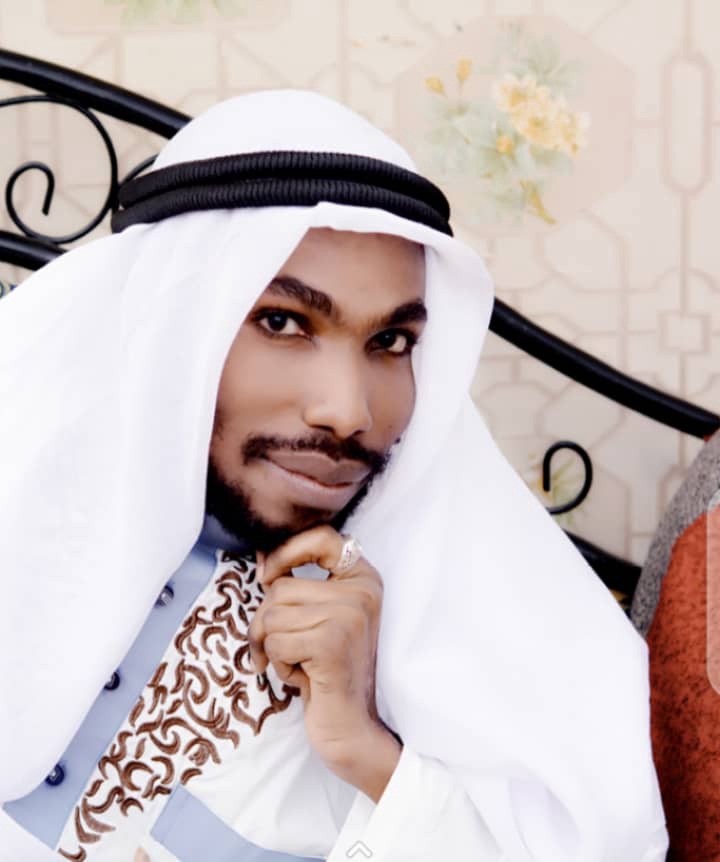 HASSAN Hamza, popularly known as Prince, is a young singer and novelist at Kannywood. Prince has been in the industry for a long time, but God forbid he will get glory despite his efforts. As a result, he quit his job and moved on.

Film magazine interviewed him. Here is what the interview was like:

FIM: Tell us your full name and a brief biography of your life.

HASSAN PRINCE: Assalamu alaikum. My name is Hassan Hamza (Prince). I was born in Lagos State. My father is from Yobe State.

I did my primary schooling in Lagos, returned to Kano and completed my diploma. I then went to Benin Republic to do my degree, where I studied Information Communication Technology. I have just completed one year of national service (NYSC).

FIM: When did you start singing and writing stories?

HASSAN PRINCE: Well, I started writing stories since I was in third grade in high school. When I didn’t take what was important, honestly. It wasn’t until later that I started interacting with the filmmakers, it was my focus.

Music and not at the same time I started making notes. I started writing, and later I started singing.

FIM: What attracted you?

HASSAN PRINCE: What attracted me was that I also listened to the songs of Aminu Ala, Fati Nijar, Maryam Fantimoti and Ali Jita. There is a friend of mine with whom I went to high school named Annur Sulaiman Hamza; we are well prepared. So after we finished school he started singing. Well, that's what caught my attention and I touched it a little bit.

FIM: Who taught you to sing and write?

HASSAN PRINCE: (laughs) Well no one taught me to write and sing, it's just skill. Someone said I did a political song, and I did it for the former governor of Jigawa, Sule Lamido. I performed at the Sadi Sidi Sharifai studio. When I finished giving it to my friend Mustapha Naburaska, he would give Fati Nijar to him. It's been a long, long time since you last saw it

FIM: Tell us some of your songs and stories you wrote.

HASSAN PRINCE: Actually I have written many stories such as 'Everybody Leaves Home', 'Faiza', 'The Guardian', this 'Guardian' I wrote 1st, 2nd and 3rd. I didn't have to give it to my friend, Mustapha Naburaska, to take the film. Lately I have seen it as an advertisement for the movie, but I am not sure if it was made by them, I just gave it to him.

I also wrote many songs, but I did not publish them, only the governor of Jigawa. From this I do not add another, they are all in reserve, but they will be useful one day.

FIM: Have you ever made an album?

HASSAN PRINCE: Honestly I never did. But the next time I get back in the business I will. For now, I have retreated a lot. Because I even stopped singing I would say, even the writing.

FIM: Why did you stop singing and writing?

HASSAN PRINCE: The reason I quit was that I had no motivation. And in our house it is not wanted. And usually I did it almost free, because no one would tell you to give it to me or Sisi. I also saw that there was no point in doing anything for profit, so I was patient.

PrinceHassan Prince: Will I return to the industry except as a here

FIM: How old were you in the industry, before you quit?

HASSAN PRINCE: Honestly I have been in the business for at least eight years.

FIM: Can you come back?

HASSAN PRINCE: Honestly not necessarily. I will never return unless I become a hero. My biggest dream is to make a film at Ali Nuhu's company, FKD, or Dawayya Movies by Rukayya Dawayya or Maishadda or to get a chance to join 'Kwana Casa'in'. Only God knows what He has planned for me. FIM: Are you married?

HASSAN PRINCE: No, bye. I'm in the market, I want to open or publish I get married! Anyone who sees that I have done it for her, I am ready.

FIM: What is your advice for the industry as a whole?

HASSAN PRINCE: Well I have a lot of suggestions, but let me summarize. Please refrain from envying, slandering, or slandering others. It is already one. Today if one person does something, the money will be made, it will not be determined, unless the filmmakers have done something wrong. You see it is not a good thing.

I call on all of us to follow the example of King Ali Nuhu. Everything that is done to him does not go unnoticed or dragged away by someone else. The same is true of the elders. God unites Muslims all over the world.

Content created and supplied by: Kannywoodmedia (via Opera News )